Why is Citron Dumping on the 'Poop in a Box' Test?

Shares of Exact Sciences got flushed down the toilet after a short seller dumped on its colon cancer test, but at least one analyst defended the diagnostic company. 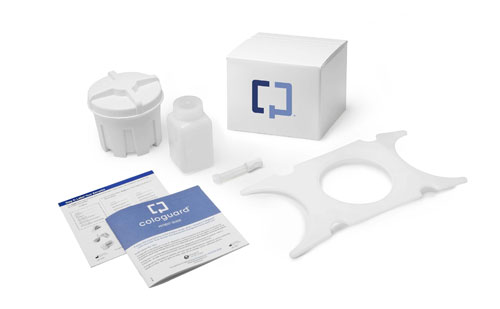 Short-seller Citron Research has placed Exact Sciences in its crosshairs with a report that dumps on the diagnostic company's "seriously inferior" colon cancer test, and its "disastrous business model."

FDA approved Cologuard in August 2014. The company sells a stool-based DNA test that people can take at home. The company has always been upfront with the fact that false positive and false negative results do occur, and that any positive Cologuard test should be followed by a diagnostic colonoscopy.

The Citron report attacks Cologuard effectiveness and claims it is inferior compared to the fecal immunochemical test (FIT), a commonly used, non-invasive screening test that detects blood in the stool, but FDA approval was based on a clinical trial of 10,023 subjects that found otherwise. In that study, Cologuard detected 92% of colorectal cancers and 42% of advanced adenomas, while the FIT detected 74% of cancers and 24% of advanced adenomas.

Last year the U.S. Preventive Services Task Force (USPSTF) included Cologuard as an A-rated service in its updated colorectal cancer screening guidelines. That was considered a big win for the company because an earlier draft version of the statement classified the product as an alternative testing method. If  and would likely have had a negative impact on insurance reimbursement. By removing the terms "recommended" and "alternative" from the final guidance, the task force said it wanted to instead focus on providing evidence about each available testing method to help doctors and patients make an informed, individual diagnostic decision.

The USPSTF's final statement also seemed to acknowledge that the best test is the one patients actually take. While colonoscopy is still the most effective screening method for colorectal cancer, the fact of the matter is that too many adults who should be screened refuse to have it done as a primary screening method.

"So, as crazy as this might sound, a $4 billion company exists because some men think they are too cool (or too scared) to get a colonoscopy, despite the real dangers of colon cancer," Citron's Andrew Left said in its report on Exact Sciences. "If anyone remembers Valeant's Jublia, the overpriced toe fungus treatment that was marketed directly to consumers, then Cologuard should truly offend you."

Left gained notoriety in 2015 when he released a report accusing Valeant Pharmaceuticals of using pharmacies in an Enron-like scheme of inflating profits.

But when Left took aim at Exact Sciences on Monday, Mark Massaro, a medtech analyst with Canaccord Genuity, defended the company and pointed out several flaws with the short-seller's analysis.

First, Massaro noted, colonoscopy is about 95% sensitive - not 100% sensitive as the Citron report claimed. The analyst also pointed out that colonoscopy cannot be accurately described as "the clear gold standard" because the recent USPSTF guidelines for colorectal cancer screening do not rank order superiority of any test.

Massaro also disagreed with the Citron report's assertion that Exact Sciences cannot be profitable without a positive coverage decision from United Healthcare. The analyst recently pushed his profitability estimate for Exact Sciences forward to the third quarter of 2019, based on the company's record first quarter performance this year, and he noted that his estimate excludes any further coverage decision from United Healthcare. Massaro did, however, add that, by law, he expects United Healthcare will cover Cologuard in 2018, which could push forward the company's path to profitability.

Massaro also said he believes that Left's view that Medicare pricing will fall beginning in January 2018 is flawed. "It is our understanding that when a lab appeals a claim, any amount that is being appealed is excluded from the PAMA [Protecting Access to Medicare Act] calculation," Massaro said. He estimates that when PAMA kicks in, which is currently targeted for January 2018, Exact Sciences' Medicare price is likely to go up to about $520 a test compared to the current price of about $508 a test.

In the Citron report, Left said Exact Sciences' terminal value might be zero. "Anyone who follows the landscape of diagnostic cancer testing knows that everything is moving toward blood-based DNA testing. Any doctor in the field will tell you it is just a matter of time," Left said. "Poop in a box will probably be a medical dinosaur in four years and the value of Exact's only asset will be zero."

It's true that liquid biopsy is a popular emerging field that represents a market opportunity in the billions, there is quite a bit of work to be done before those tests represent a viable threat to existing technology.

According to Massaro, Exact Sciences is well positioned to become a broad-based platform company for early cancer detection. "Together with the Mayo Clinic, we believe the company is well positioned to bring a number of additional tests to the market, beyond its stool-based Cologuard test," the analyst noted. "While early, the company is actively developing additional tests using blood, plasma, and even 'pancreatic juice,' for a number of additional cancer types."

And finally, while the Citron report attacked Exact Sciences' operating leverage, Massaro noted that the company is in very early innings of promoting repeat ordering by physicians, and that two of the major barriers of repeat ordering (lack of commercial payer coverage and USPSTF guideline inclusion) have largely been addressed within the past 12 months.