What This Year's Megamerger Mania Means for Medtech 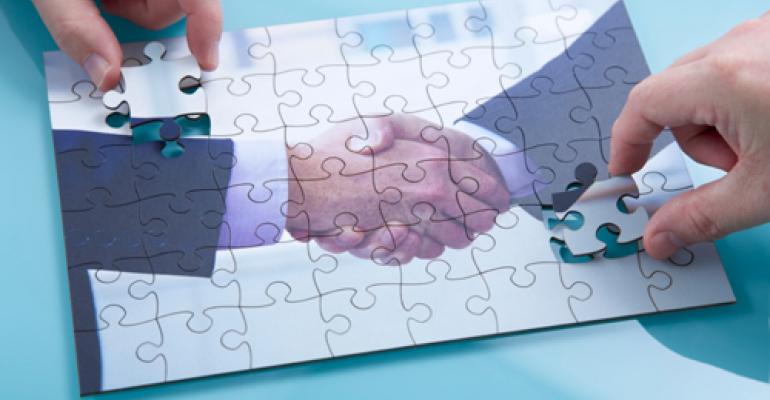 Medical device and diagnostic players’ rush to build scale holds both benefits and risks for the industry.

This was truly the year that megamerger mania took over the medtech industry. To gird against uncertainties wrought by the Affordable Care Act and the move to a fee-for-value-based system, blue chip medtech firms chose to team up with competitors and other players they previously wouldn’t have dreamed of working with.

The biggest deals are still pending—Medtronic aiming to buy Covidien for a whopping $42.9 billion, Zimmer buying Biomet for $13.35 billion, Becton Dickinson buying CareFusion for $12.2 billion, and Wright Medical merging with Tornier for $3.35 billion—and are expected to close in early 2015.

But industry watchers believe the megamerger trend will hold strong into next year.
Most analysts have hailed the 2014 mergers as evidence of a new healthcare marketplace in which being bigger is better. “Scale” is everyone’s mantra in today’s changing healthcare landscape, and what better place to get scale than in merging or buying another large medtech player.

“Overall it’s a net positive,” says Bob Lavoie, managing partner and director of L.E.K. Consulting. “There will be cost efficiencies gained in the consolidation. The scale provided will allow for medtech companies to build value-added platforms that will help the healthcare ecosystem overall, platforms that might be too expensive for smaller companies to invest in.”

Lavoie adds that the top 10 to 20 companies will likely become the top five to 10 companies, so fewer large medtech firms will function as "takeout options" for smaller innovative companies. That will cause some restructuring.

“This may also incent smaller medtechs to disrupt by experimenting with new models (risk sharing, for instance) which should benefit patients and customers in the industry overall,” he says.
While an overall positive, it’s worth taking a closer look at some pros and cons of the megamerger trend currently sweeping the industry.

Pro: Stemming Price Inflation
The modus operandi of medtech companies used to be adding new features to a device and charging a premium for it.
“If you have a bunch of different players going after the same thing, the innovations are not ground breaking. They do one better than the next one—the other guy has the bell, you have the whistle, and you raise the price by 5 percent,” explains Spencer Nam, a former Wall Street analyst covering medtech who is currently senior research fellow at the Clayton Christensen Institute for Disruptive Innovation. “After a while . . . you end up with 10 to 20 percent price inflation without improving the actual performance or the clinical benefits of these products.”

Hospital buyers and accountable care organizations have driven a stake through the very heart of this innovation cycle, and now they want cheaper and cheaper products that actually improve patient outcomes and/or improve efficiency.
Large companies have responded by merging.

“By merging these guys, you kill off this arms race from company to company [to tweak products and add a price premium], and that could potentially slow down the price appreciation per product,” Nam says.

Con: Innovation Will Be Hurt
“When you have big mergers, it does put a little bit of a chilling effect on innovation because you now have much bigger companies with much more reach, and they are in a position to determine whether they want to innovate a new product or change a product,” says Brent Earles, senior vice president at Allegiance Capital Corp., a Dallas-based investment bank.

Add to this the fact that because of a decline in earnings, companies’ research and development expenditure has steadily fallen over the past six years, Earles says.

Nam agrees that innovation is hurt by consolidation but for different reasons.

“It clearly affects innovation cycle,” Nam declares. “When you have more players working on same problem, you are going to have a variation of solutions. Because of [intellectual property] issues, everybody is looking at the same problem from a different angle. The disappearing of that variation is not all positive. Newer technologies could be fewer and farther apart.”
Yet, Earles believes that the slowing down of innovation is short-term.

“Innovation slowing down doesn’t mean that it is going to zero,” he says. “As we get better at managing cost, that innovation slowdown will stabilize eventually. Another thing that will help innovation is if we can truly break into these emerging markets in India and China and other parts of the world where a lot of these medical device companies see an opportunity for future growth.”

Pro: Bringing Structure to a Fragmented Industry
Consolidation in the healthcare industry is long overdue, Earles says. The industry is deeply siloed and fragmented, and while it’s still inconceivable that a diagnostics company is suddenly going to buy an orthopedics company, megamergers show that medtech vendors are aiming to broaden their reach.

It is again a reaction to hospital customers, who do not want to work with many vendors and are looking to manage their costs and become more efficient.

“Healthcare largely has been a cottage industry,” says David Crais, CEO of a diagnostics startup. “Consolidation gives it some structure.”

Con: Potential for ‘Goofy’ Deals
When megamergers happen, the news ricochets from boardroom to boardroom.

“What is happening is that people are sitting back and thinking, “Oh my God, what do I need to do?” Earles says.
And sometimes that can lead to very bad decisions.

“Companies are now being forced to compete on price,” Earles says. “When you get down to commoditizing anything where it’s purely about price, I think somebody gets hurt. They get desperate, and then they take on a transaction that’s not in their best interests. Business leaders start doing sometimes goofy things out of desperation on price competition.”

He notes that examples of bad transactions can be seen in the telecommunications industry, for instance.

“Sprint buying Nextel was just a dumb idea,” he says. “And consolidation in medtech can cause companies to scramble."