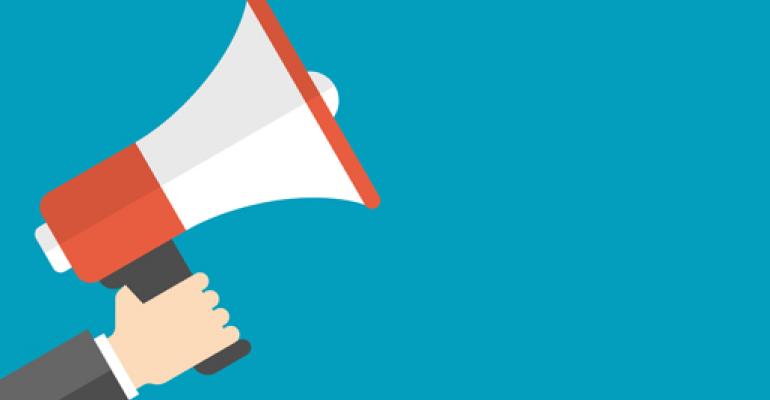 Medtech companies are slowly beginning to embrace risk in contracts with hospitals. Will AdvaMed embrace the change, go along with it grudgingly or try to fight it?

Medtech companies are slowly beginning to embrace risk in contracts with hospitals. Will AdvaMed embrace the change, go along with it grudgingly or try to fight it?

We are a little more than a month away from the premier medtech executive conference - AdvaMed 2015 in San Diego - where the industry association brings together speakers from across the medtech spectrum to address timely topics.

It also is an occasion for AdvaMed to forward its agenda - what the DC lobby feels is beneficial for the industry as a whole. No surprises there.

For example, last year, in Chicago, the group put forward a report that warned of the consequences of pay-for-performance and risk-based reimbursement models charging that these would lead to blocking off access to potential innovative new therapies.

“We have to ensure these new payment models include safeguards to protect patients from unintended consequences,”AdvaMed CEO Stephen Ubl said in a news conference the day the conference kicked off, according to Modern Healthcare.

But a year later, one would have to wonder whether the cow has already left the barn. And whether there is any use to fighting the change that is soon going to be the order of the day.

Some like industry heavyweight Omar Ishrak, CEO of Medtronic, see risk-based contracts and pay-for-performance reimbursement models is a way for the industry to not only be accountable but also really move the needle when it comes to delivering better patient outcomes.

In a recent interview with MD+DI , Ishrak talked at length about the issue.

I think from a medtech industry perspective, not acknowledging that patient outcomes in the end are the most important criteria and therefore helping move payment incentives both for us and for others in that direction, not doing that would be a mistake.

To build walls around devices alone and not think about outcomes that those devices provide, I think that would be a mistake. So I think embracing the move toward outcomes, embracing a move toward longer time horizon over which performances are measured, I think those are the things I would encourage the industry to do.

That’s an opportunity because I think in the end, medtech holds the key because through technology you can actually change outcomes in a much more effective fashion than without technology. And medtech is a big potential player in this because I think to a large degree the movement towards an outcomes-based system has ignored the impact of technology. It has been based on historical data and we know that some new therapy can completely disrupt any historical data that may exist.

And so involving medtech in that journey to reform the incentives system to an outcomes-based one is I think essential. And medtech should play a role in that and not away run away from that.

Not surprisingly, Medtronic is one of those companies that has assumed what Ishrak calls "calculated risk" for some of its devices in its purchasing contracts with hospitals. And Medtronic is not the only one.

In July, Reuters reported that aside from the Irish medtech company, Johnson & Johnson and St Jude Medical are among the first to provide the "newer guarantees, some of which offer to share in the cost of follow-up treatment tied to their heart devices."

Orthopedic device companies are exploring such agreements for hip and knee devices, the article noted.

In fact, orthopedic companies have been seeing sustained pricing pressures in an industry that many see as commoditized. The Centers for Medicare and Medicaid Services proposed a rule in July by which certain acute care hospitals in selected regions of the country would receive a flat fee for hip and knee joint replacement for a 90-day period. In other words, the cost of the implant then would be included in that bundled payment for all care related to that episode of joint replacement service.

Given this scenario, and assuming that such model for care will be expanded to other therapy areas — something Ishrak wishes to see — it is incumbent for the industry to show that their products achieve outcomes to maintain market relevance.

Now it remains to be seen whether the industry's champion - AdvaMed - adapts its stance and embraces more financial risk taking at its conference Oct. 5-7 in San Diego.

It may have to because the forces of change are inexorable. Resistance may just be futile.