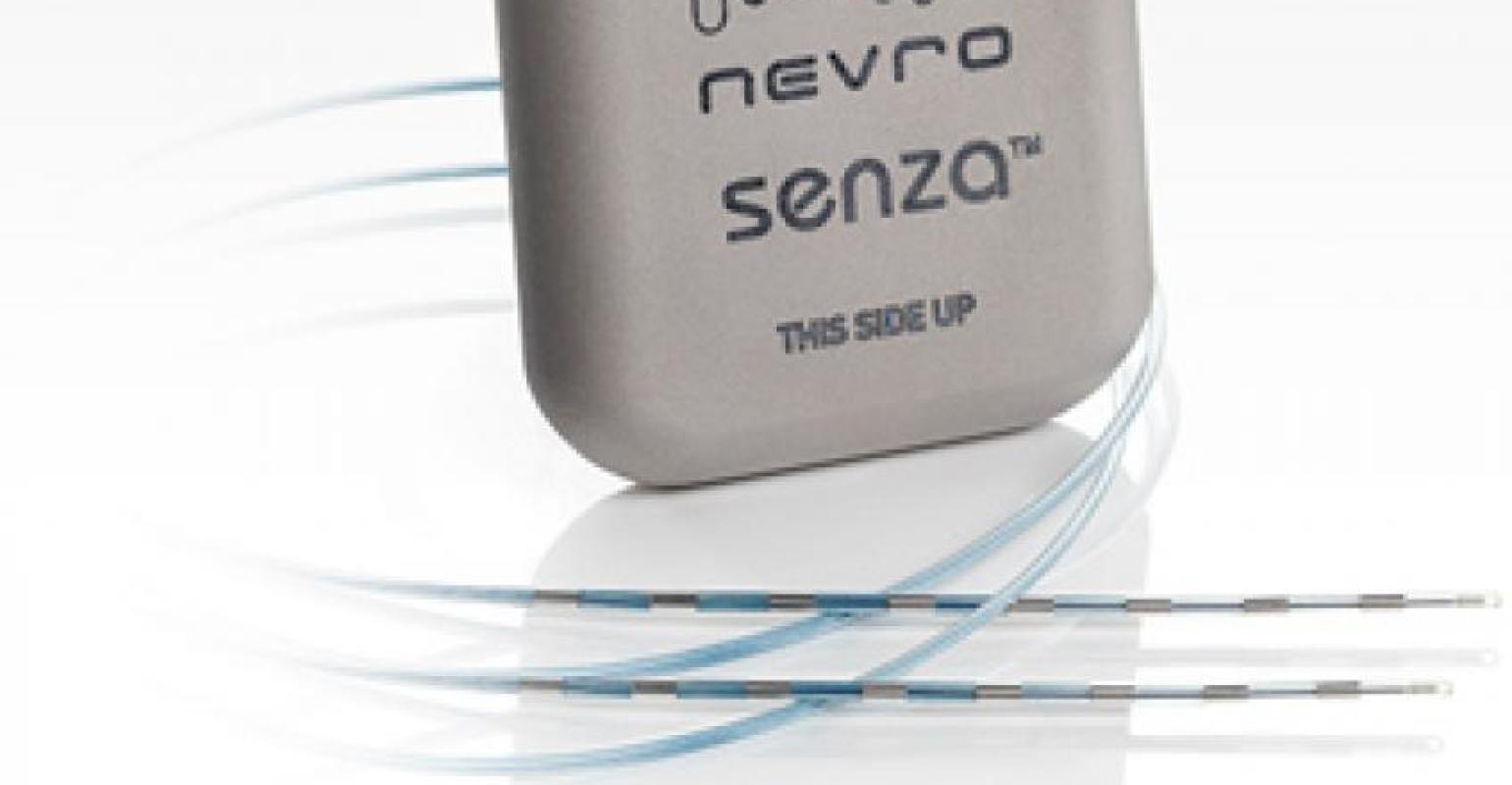 What to Expect in Neuromodulation This Year

A medtech analyst shares his takeaways from the North American Neuromodulation Society meeting over the weekend.

The spinal cord stimulation (SCS) market growth should improve in 2020 as leaders in the space launch new products and benefit from recent acquisitions and invest in potential indication expansions, according to Needham & Co.'s Mike Matson. The medtech analyst published a report Monday sharing his takeaways from the North American Neuromodulation Society (NANS) meeting in Las Vegas, NV over the weekend.

Matson noted that SCS device market growth should continue to improve in 2020 and beyond, thanks to a number of factors. The analyst estimates that SCS currently represents about $2.5 billion, which accounts for roughly 70% of the larger neuromodulation market (the remaining 30% being deep brain stimulation). SCS market growth slowed in 2018 and 2019 but Matson expects that the market should return to growth this year. Drivers of this anticipated growth, according to Matson's report, include Medtronic's recent acquisition of Bloomington, IL-based Stimgenics; Boston Scientific's combination therapy, and Nevro's recent launch of the Senza Omnia SCS system.

Nevro received FDA approval for the Senza Omnia SCS System (shown below on the right) in November. The Omnia system includes a new programmer designed to make it easy for physicians to offer a wider array of waveforms across the full SCS frequency spectrum, either separately or paired together. The new system also includes a redesigned patient remote that is smaller and more intuitive for patients to use and enhances their experience, the company said. The Omnia system also comes with an updated implantable pulse generator designed to last more than ten years no matter what stimulation profile is used, has conditional full body MRI approval, and will be upgradeable to future waveforms and frequencies. 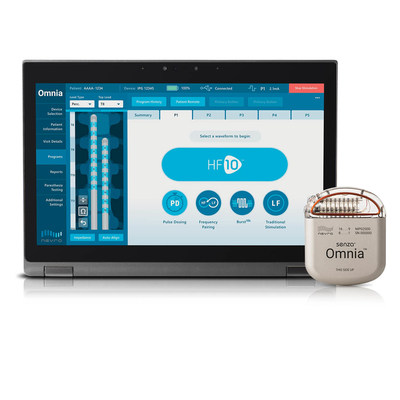 Medtronic acquired Stimgenics earlier this month, inheriting the company's SCS waveform known as Differential Target Multiplexed SCS. The therapy, which is delivered via the Medtronic Intellis platform, is a new and unique programming option to treat patients with chronic pain. Three month results from a randomized control trial evaluating DTM versus conventional SCS were presented at NANS and Matson noted that these results were positive. In the trial there was an 80% responder rate in the DTM arm compared to 51% with traditional SCS therapy, and 63% of patients treated with DTM therapy showed up to 80% of pain relief compared to 26% of patients with traditional SCS therapy.

“Stimgenics’ research is deeply rooted in clinical science that began with animal work more than a decade ago. Our preclinical data demonstrated that the modulation of both neurons and glial cells may return glial cells to their normal state and modify how they interact with neurons, which could normalize biological processes and break the pain cascade,” said Ricardo Vallejo, MD, PhD, co-founder and director of research at Millennium Pain Center in Bloomington, Illinois, and founder and lead investigator of Stimgenics. “I’m thrilled that Medtronic has acquired a therapy that has the potential to significantly improve outcomes for chronic pain patients.”

Marshall Stanton, MD, president of Medtronic's pain therapies business (part of the restorative therapies group) said that DTM therapy is believed to advance the treatment of chronic pain, supported by clinical evidence and preclinical research on a neuronal-glial mechanism of action.

"Patients with one of these disorders can develop a second disorder and management believes its tool box approach positions it well to span the treatment continuum and to become a category leader," Matson said.

Looking at the longer-term picture, the analyst noted that indication expansion should help drive growth in the neuromodulation market. Redwood City, CA-based Nevro presented positive data at NANS from its painful diabetic neuropathy (PDN) trial (77% responder rate in the SCS arm vs. 5% in the control arm). Matson said the PDN market represents the nearest-term opportunity for expanding the total addressable market (TAM) in neuromodulation, but he also said it could take time for this to drive meaningful market growth given the atypical referral pathway (endocrinologist to the pain doctor).

"[Medtronic] management expressed interest in the PDN indication and we note [Medtronic] has an existing endocrinologist sales force with its diabetes group, while [Boston Scientific] seemed to be less interested in the PDN indication," Matson said. "We also think that non-surgical refractory back pain (NSRBP) is another potential opportunity for TAM expansion in the SCS category and [Boston Scientific] expects to begin enrolling patients in its SOLIS trial in [the second half of 2020] to evaluate SCS therapy to treat NSRBP."

In the deep brain stimulation category, Matson said increased penetration in the existing indication of Parkinson's disease plus new indications such as depression, Alzheimer's disease, and stroke rehabilitation could drive longer-term growth.