The drugstore chain has sued the Silicon Valley-based blood testing company in order to recover the millions of dollars it invested in the company. 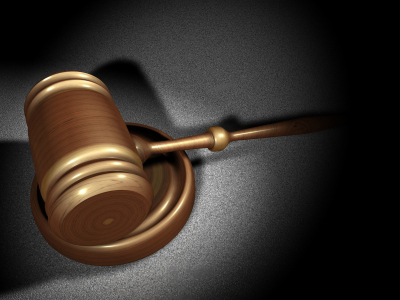 Walgreen Co. apparently wants to get back the money it invested in Theranos, suing the once-darling blood testing company in U.S. District Court in Delaware.

The complaint itself is sealed, but The Wall Street Journal reports that Walgreens is seeking $140 million--the amount it invested in Theranos.

Theranos tells media outlets that it plans to "vigorously" defend itself against Walgreens's allegations.

The lawsuit comes about a month after San Francisco-based hedge fund Partner Fund Management sued Theranos in Delaware Court of Chancery, accusing Theranos of engaging in lies, material misstatements, and omissions in order to garner a nearly $100 million investment.

Theranos and its founder and CEO Elizabeth Holmes once touted a vision of reliable, fast finger prick blood tests for the masses. The potential was enticing enough that Walgreens forged a strong business partnership with Theranos, allowing the company to set up blood testing labs in Arizona drugstores.

But things started to unravel for Theranos in October 2015 after a Wall Street Journal exposé called into question the accuracy of Theranos's tests.

Things got worse from there. A CMS report in January described hematology testing practices at the company's Newark, CA, lab as "deficient," saying they posed "immediate jeopardy to patient health and safety."

By June, Walgreens was breaking off its relationship with Theranos, booting the struggling blood-testing company out of 40 of its Arizona drugstores.

There are now a string of federal class-action lawsuits involving customers, and the company is reportedly under investigation by the U.S. Justice Department and the SEC.

Last month, Theranos announced the shuttering of  its clinical labs and Theranos Wellness Centers--a move affecting about 340 workers in Arizona, California, and Pennsylvania, CEO Elizabeth Holmes announced in an open letter posted on the company's website this week. Instead of finger prick blood tests for the masses, the company will focus on a technology that could very well be sold to health providers: a tabletop miniLab.