TransEnterix Learns it's Not Easy to Battle Goliath 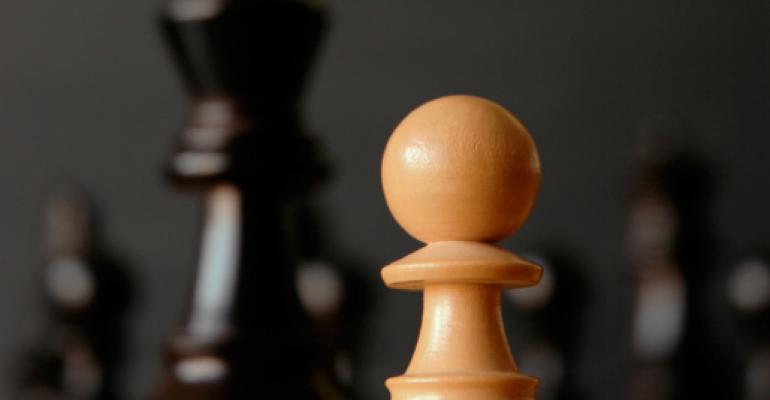 All of us love a good David vs. Goliath story, but in business it's not easy to see them happening with much regularity.

All of us love a good David vs. Goliath story, but in business it's not easy to see them happening with much regularity.

Take the example of Research Triangle, N.C.-based TransEnterix. The public company was riding high expecting FDA to greenlight its SurgiBot robotic system. CEO Todd Pope was fuly expecting that SurgiBot's clearance would increase the small footprint of surgical robots in the U.S. created by Intuitive Surgical's pioneering but expensive Da Vinci robots. On April 20, the company was dumbstruck when FDA decided that SurgiBot was not substantially equivalent to a predicate device. A new 510(k) application would be needed. Shares nosedived 54% on that news.

TransEnterix has now shifted its focus to a second robotic system - ALF-X - that it acquired in Europe and which already has the CE Mark. Analysts believe that this might be a system that could be a better competitor to Intuitive Surgical.

But in Europe, where commercialization is ongoing, ALF-X is facing some competition even on price from Intuitive Surgical. In an interview with MD+DI in March an analyst had described the pricing structure of the competing robots like this:

In other words, ALF-X is slightly cheaper upfront and saves dollars when viewed through the prism of cost per procedure. So purely from a price perspective, it should have an edge over Da Vinci.

Except that Intuitive, smelling blood in the water, is playing hardball in Europe. Here's how Pope described the Sunnyvale, CA company's tactics in TransEnterix's May 10 earnings call.

The old norm of deciding whether to buy a robot or not, is being replaced with the new normal that adds, which robot is the best fit for my needs. In these situations, when our ALF-X is compared with the competitor's newest technology, our features, benefits, and low per procedure cost model, positions us extremely well.

We have, however been somewhat surprised by the competitive response, which has included withdrawing their high-end platform and substituting refurbished older technology at highly discounted price and attempted to win the deal. Over time, we remained convinced that our ability to offer the most advanced robotic technology with materially lower per procedure cost will resonate with hospitals and allow us to be successful in the market.

In other words, TransEnterix is finding it hard to compete even on price, and Sean Lavin, an analyst with BTIG, believes that revenue ramp will be slower as Intuitive puts up roadblocks.

Despite the big stumble -- TransEnterix has laid off people after the FDA rejection even though it hired a handfull to ramp up sales of ALF-X in Europe -- some believe that the company's ALF-X system is valuable.

Rick Wise, an analyst with Stifel, remains optimistic on the future of the company partly because ALF-X's "truly differentiated system functionality and favorable economic profile" will "offer distinct advantages over existing systems to surgeons and hospital administration," according to a research note published May 10 after the TransEnterix earnings call.

Pope expects the first ALF-X unit to be sold soon and is aiming to file a 510(k) with FDA by the end of the year to bring the device to the U.S. market in 2017.