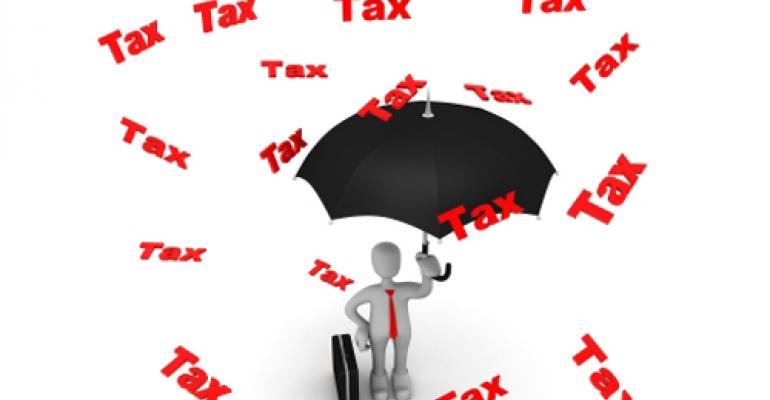 The Medtronic-Covidien megamerger put corporate tax inversions in the spotlight. Here’s a look at the pros and cons of these deals intended to lower companies’ tax rates.

By Robert Verzi and Ori Epstein

Corporate tax inversions have been big news recently, both in political arenas and in the medical device industry. The megamerger involving Medtronic and Covidien has been the talk of the device industry and brought corporate inversion to the forefront. But such deals have also raised the ire of the president and Congress, and the general public is becoming skeptical of corporate tax inversion deals.

Medical device companies need to understand what an inversion is, why companies are attracted to the idea, what happens when a company “inverts,” and the potential regulatory and political efforts that could impact inversion deals.

The Basics of Tax Inversion

The U.S. tax system imposes an income tax on companies’ worldwide income. Any differentials between the U.S. tax rate and the foreign tax rate can potentially be offset by foreign tax credits. By inverting, or reincorporating overseas through the stock or asset acquisition of another company, companies hope to escape the high corporate income tax rate of the U.S. system and tap into lower-rate foreign tax systems.

The concept of inversions has been around for many years. In fact, Congress previously took action in 2004 to curb the practice. However, with the increasing globalization of the world economy, inversions have again become a valuable tax-planning tool for companies. The general justification for inverting is to remain competitive with non-U.S.-based companies. The U.S. corporate tax rate is among the highest in the world, and many firms see this as a barrier that prevents them from competing effectively with companies in countries where tax rates are significantly lower.

Compare two companies that have identical revenues, identical expense structures, and identical profits. The only difference is that one of these companies is located in the United States, where the corporate tax rate is 40% or higher, while the other is located in Ireland, where the corporate tax rate is 12.5% (assuming certain criteria are met to secure that rate). Imagine the competitive advantage the Irish company has. Because of the lower tax rate, the Irish company has more money to invest in research and development, marketing, and hiring, not to mention make dividend payments to its shareholders.

How Do Tax Inversions Work?

Generally speaking, to create an inversion, a U.S.-based company is acquired by a foreign corporation, with the ultimate parent company being the foreign entity.

Such transactions are not without consequences, though. For example, if the foreign entity acquires the U.S. inversion candidate, the U.S. shareholders must recognize capital gains tax on their respective share appreciation, if there is any. Typically, corporate executives anticipate that the savings in corporate taxes from the inversion over the long-term will be of greater value than the immediate capital gains tax hit.

At the same time, it is important for the parties involved in the transaction to take careful steps to ensure that the resulting entity is not treated as a domestic corporation for U.S. tax purposes. To achieve this goal, the former shareholders of the domestic corporation cannot obtain 80% or more of the acquiring foreign corporation. This percentage is measured by vote or value. Take, for example, a U.S. company with a $400 million market capitalization. Under the current regime, the U.S. company would only need to identify a foreign corporation with a $100 million market capitalization to be party to the transaction.

If the proper steps are taken, it is possible to achieve a very attractive effective tax rate for the newly inverted company.

With the rising number of inversions over the past few years, politicians have set this tax strategy in their crosshairs. And with the upcoming election, inversion is likely to become even more of a hot-button issue.

Tired of waiting for Congress to act, the U.S. Department of the Treasury has moved forward with its own proposed regulatory changes to crack down on corporate inversions. These rules would take effect January 1, 2015. Among the proposed changes is a reduction of the 80% ownership requirement to 50%. This would eliminate the possibility that U.S. shareholders would control the foreign corporation. Consider the example provided previously: Under the new rules, the $400 million U.S. company would need to find a foreign corporation with a $400 million market capitalizaiton to be party to the transaction.

The Department of the Treasury’s proposed changes also call for a corporation to be treated as a domestic corporation if it has substantial activities in the U. S. and is primarily managed and controlled in the United States.

The sense is that these changes are prospective. With that in mind, there will most likely be a flurry of inversion activity before the end of 2014—similar to the increase in mergers and acquisitions that occurred before capital gains and ordinary income tax rates increased at the end of 2012.

In addition to the Department of the Treasury’s proposed regulatory changes, other efforts to discourage corporate tax inversions have been launched by politicians. The Stop Corporate Inversions Act of 2014, introduced by Senator Carl Levin (D-MI), mirrors the Department of the Treasury’s effort. Senator Dick Durbin (D-IL) and several other Democrats also recently proposed the No Federal Contracts for Corporate Deserters Act. While not designed to ban inversions, this legislation would bar inverted companies from being awarded U.S. government contracts.

These measures appear to be stop gaps. Real corporate tax reform is needed from the White House and Congress. A much more meaningful idea was included in Representative David Camp’s (R-MI) tax reform proposal. He proposed that the United States reduce the top corporate tax rate from 35% to 25% in order to make the country a more competitive landscape for businesses.

Though a contentious issue, corporate tax inversion deals intended to help companies better compete globally are very attractive to U.S. companies, including medical device firms. While regulatory and legislative efforts intended to remove this tax vehicle are in the works, corporations will continue to search for ways to lower their corporate tax rates and compete more effectively with foreign corporations. For now, we’ll just have to wait to and see what’s next for corporate inversions.

As provided in Treasury Department Circular 230, this article is not intended or written by Habif, Arogeti & Wynne, LLP (or any member firm) to be used, and cannot be used, for the purpose of avoiding tax penalties that may be imposed on any taxpayer.

The information contained herein is of a general nature and based on authorities that are subject to change. Readers are reminded that they should not consider this article to be a recommendation to undertake any tax position, nor consider the information contained herein to be complete. Before any item or treatment is reported or excluded from reporting on tax returns, financial statements or any other document, for any reason, readers should thoroughly evaluate their specific facts and circumstances, and obtain the advice and assistance of qualified tax advisors. The information reported in this article may not continue to apply to a reader's situation as a result of changing laws and associated authoritative literature, and readers are reminded to consult with their tax or other professional advisors before determining if any information contained herein remains applicable to their facts and circumstances.