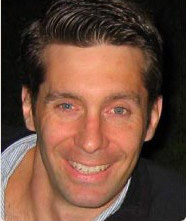 Former Army Lt. Col. Richard Craig Rooney, 46, is going to prison for failing disclose his financial interest in medical device companies whose products he was recommending to the military, according to the U.S. Department of Justice in Western Texas.

U.S. District Judge David Briones on Friday sentenced Rooney to two and a half years in federal prison, fined him $15,000, and ordered him to forfeit nearly $4.3 million over prosecutors describe as a $7.3 million health care fraud scheme. Rooney will also be placed on supervised release for three years after he completes his prison term.

The federal government had already seized a house based in Washington that belonged to Rooney. (Related article: Medtech and Pharma Firms Paid $6.5B to Docs in 2014)

Most recently living in Medina, WA, Rooney had faced a 65-count federal indictment detailing activities from 2002 through mid-2010. The indictment also named Rooney's wife, Angie Unchi Song, who had formerly worked as an otolaryngologist and cosmetic surgeon in El Paso, TX.

Rooney's attorney, Mary Stillinger, had initially professed his innocence. Rooney, however, eventually pleaded guilty, admitting that he was employed by Altiva Corp. and Allure Spine Consulting between 2005 and 2010. He also admitted that he recommended the companies' products to his employers: Darnall Army Medical Center based in Ft. Hood, TX and the William Beaumont Army Medical Center based in El Paso. The two medical centers ultimately purchased substantial volumes of products from Altiva and Allure without realizing that Rooney had financial ties to those companies.

Taking payments from medical device companies is a pretty common practice for doctors, actually. Pharmaceutical and medical device companies paid U.S. physicians $6.49 billion last year, based on data gathered through the Sunshine Act, a provision of the Affordable Care Act. In all, more than 600,000 physicians and 1100 teach hospitals received payments from drug and device makers.

Doctors employed by the U.S. military, however, are under much stricter rules, under which they are not allowed to take third-party payments. (An Army cardiologist in Washington state, for example, was fined in 2011 for accepting gifts from Boston Scientific according to The Seattle Times.)

On top of that, Rooney apparently hid his business relationships from the military.

A hearing to determine restitution is scheduled for December 1.