Stryker to Buy Wright Medical for $4B 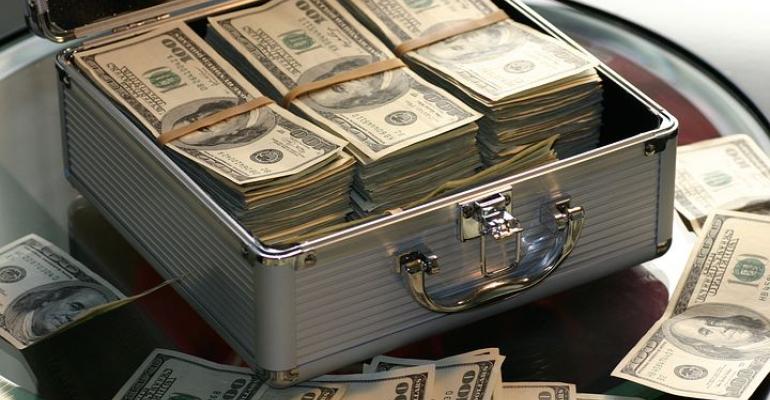 Needham & Co.'s Mike Matson said Stryker's proposed acquisition of Wright Medical does make sense, but the analyst also noted four specific concerns about the deal.
The deal, which is expected to close in the back half of 2020, will strengthen Stryker's position in the fast-growing trauma & extremities segment.

Stryker has made a move to significantly enhance its trauma and extremities business through a $4 billion acquisition of Wright Medical.

Stryker noted that Wright Medical is a recognized leader in the upper extremities (shoulder, elbow, wrist, and hand), lower extremities (foot and ankle), and biologics markets, which are among the fastest-growing segments in orthopedics.

The agreement calls for Stryker to commence a tender offer for all outstanding ordinary shares of Wright Medical for $30.75 a share, in cash. The boards of directors of both companies have approved the transaction. The acquisition is expected to close in the second half of 2020 and should not impact Stryker's net earnings per diluted share or adjusted net earnings per diluted share in 2019.

Wright Is Among the Most Attractive M&A Targets

As previously reported by MD+DI, Needham & Co.'s Mike Matson has a list of 25 public medtech companies he thinks are likely to standout to larger companies looking for M&A targets. Wright Medical is on that list.

On Monday, after the potential Stryker-Wright deal was announced, Matson noted in a report that Wright should be complementary to Stryker's trauma and extremities business, particularly in shoulders where Stryker's share is very low.

"We believe [Stryker] is being opportunistic by pursuing [Wright] when its stock price is depressed," Matson said. "However, we have a few concerns."

The analyst said the first concern is that Wright and Stryker are currently tied for the leading position in lower extremities, which could present an anti-trust issue and, consequently, the need for significant divestitures. Second, Matson said that revenue dis-synergies are likely given the overlap in lower extremities. Third, the analyst noted that Wright recently experienced lower sales rep attrition in its extremities business. And finally, Matson pointed out that Stryker is still integrating its $1.4 billion acquisition of K2M, and his concern is that the Wright deal could distract management, potentially hurting one or both of the deals.

Regarding that last concern that Matson raised, CEO Kevin Lobo mentioned during Stryker's second-quarter earnings call that the company has made considerable progress in the integration of K2M,  and that Stryker is on track with its full-year growth target for the spine business.

Other analysts also raised some of those same concerns. Wells Fargo's Larry Biegelsen speculated in a report Monday that Stryker may have to divest its STAR ankle business because Wright has a 70% share in the total ankle replacement market. Biegelsen also shared Matson's concern regarding dis-synergies in the core lower extremities space.

Could This Trigger a Bidding War?

Matson said in his report that a competing bid for Wright Medical is "unlikely, but not impossible." In fact, prior to Monday's announcement, the analyst had pegged Smith & Nephew as the most logical acquirer of Wright Medical, and he said it is still possible that the London-based orthopedic device maker could still submit a competing bid.

As for other potential bidders, Matson said Zimmer Biomet would likely face anti-trust issues in upper extremities, but that could also potentially be resolved through select divestitures. Johnson & Johnson is unlikely to put a bid on Wright, the analyst added, because J&J is overexposed to orthopedics (in his view), and may have more attractive M&A alternatives, given its breadth.

"[Medtronic] could be a wildcard, but we're doubtful management has the appetite for this size of acquisition given the CEO transition," Matson said.

One potential concern for Stryker (or any company that may be looking to acquire Wright Medical), is the ongoing controversy surrounding the company's Cartiva implant, which Wright acquired in 2018.

Wright Medical reported weaker-than-expected sales of the Cartiva implant in the second-quarter, prompting the company to reduce its guidance for the year. FDA approved the Cartiva Synthetic Cartilage Implant (SCI) for treating arthritis at the base of the great toe in July 2016. The implant is composed of a biocompatible, durable, low-friction organic polymer designed to function similarly to natural cartilage, and it can be implanted in about 35 minutes.

Other benefits the company has touted include the reduction of joint pain without sacrificing the foot's natural movement and the retention of the patient's mobility and range of motion. Also, due to a less restrictive rehabilitation protocol, Cartiva patients typically return to function and daily activities faster than patients who undergo a fusion procedure, according to the company.

Wright executives dedicated the majority of the second-quarter earnings call to addressing both the shortfall and the negative buzz.

"There has been some recent negative commentary from the investment community regarding the clinical performance of the Cartiva product and the market opportunity for Cartiva that we strongly disagree with," Wright CEO Bob Palmisano said during that call. "Nothing mentioned in this commentary was new to us, nor do we think anything differently now. This was all known at the time of the deal, was considered in our deal model and has no impact on current year constant currency organic growth rates."

In the first half of the year, Wright was focused on the U.S. launch of Cartiva as an alternative to cheilectomy, which Palmisano previously said is roughly a $400 million market opportunity. But the company is now selling the implant in Europe and Australia through its direct salesforce. The company has also been exploring the use of Cartiva for a thumb indication.

"When we acquired Cartiva, our goal was to lead with the best-in-class differentiating technologies in extremities and biologics. That is still the case," Palmisano said. "To be clear, our Cartiva shortfall in Q2 was due to underperformance by the former Cartiva distributors. It was not due to any clinical issue. Cartiva is backed by the highest level of prospective randomized clinical research and has been proven to be a viable alternative to fusion for patients wanting to maintain a range of motion. With almost six years of follow-up from a rigorously conducted clinical trial, the data supports Cartiva being a game-changer in the treatment of this condition. The market opportunity has not changed based on the PMA study and our own independent research."

Palmisano said Wright Medical has now conducted two separate independent studies, each including 200 physicians, half of whom use Cartiva and half of whom do not.

"The conclusion of those studies were strikingly similar," he said. "In the most recent study, 95% of current Cartiva users expected to maintain or increase their usage and 71% of the non-Cartiva users expected to use the product in the future. We believe Cartiva is a fantastic, more conservative treatment option than fusion that can easily be revised for the small percentage of patients who are dissatisfied no matter what the reason."

The CEO noted that the company is still in the early phases of the Cartiva launch and that it is not unusual to see some variation in physician learning curves, clinical experience, and adoption rates. "We do expect this to improve as our clinical education programs continue to train greater numbers of physicians on proper patient selection and the importance of setting realistic patient expectations on the front end, particularly with regard to the time it takes to realize the full benefits of the procedures," he said.

Most recently, a patient named Jay Foersterling told MD+DI in an Oct. 30 email that he has had the Cartiva implant for two years and is scheduled to have the device removed and the joint fused due to a significant amount of pain he has experienced since receiving the implant.

"Every podiatrist I have talked with has stopped using the Cartiva implant, and most have a significant amount of revision surgeries in their patient groups," Foersterling said. "... I should also mention that my implant was done under the direct supervision of a Cartiva physician who was in the OR during the procedure, so there is not much of a possibility that the surgery was done incorrectly. It's just a bad product."