Stake Your Claim in the Medical Device Patent Gold Rush 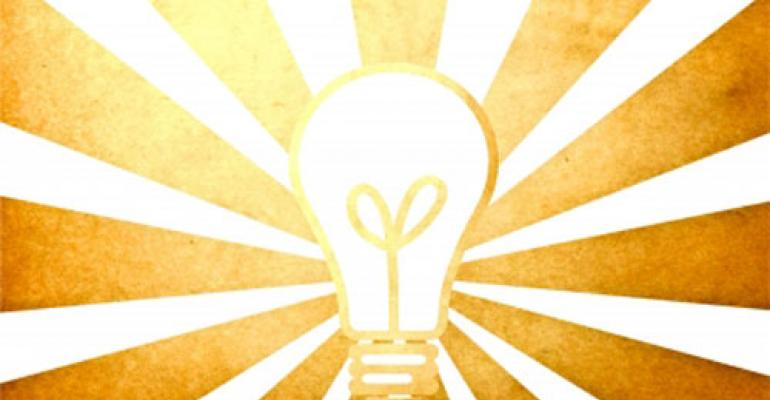 Amid record issuances of medtech patents and changes in patent law, companies would be wise to rethink their patenting goals and strategies.

A medical device company’s success depends, in large part, on the strength and value of its patent portfolio. And as companies are becoming acutely aware of this fact, the issue rate for new medical device patents is exploding.

With competitors hurrying to get a USPTO stamp of approval on their concepts, it has never been more vital for companies to stake their claims in the medical device patent gold rush.

As the medical device industry continues to grow, so do medical device patent filings. Frost and Sullivan pegged 2011 medical device industry revenues at $102.1 billion for the U.S. market. This is expected to increase by more than half, to $156.8 billion, in 2018. The aging population and increasing rate of obesity was already driving up demand for medical care in the coming years when the increased access to healthcare provided by the Affordable Care Act pushed growth curves out even further.

In today’s challenging economic climate, a strategic patent portfolio is crucial to a company’s growth and survival, and can provide numerous business advantages. Patents are extremely important for medical device companies in all life stages. For early-stage companies, patents are often the only way for investors to place a value on a company’s technology, as sales often cannot begin until after FDA approval. In this way, patents make up a significantly greater portion of enterprise value for early-stage medical device companies than other startups. As a company grows, patents become the currency to secure financing through venture capital or private-equity investment. Patents can also lead to collaborations, joint ventures, and licenses with strategic partners.

Patents are equally important for later-stage companies that are generating revenues. Experts estimate that the average medical device and drug patent can have a net present value of almost $200,000. Simply put, patents are a source of enterprise value that medical device companies cannot afford to ignore.

In addition to their monetary value, medical device patents also hold great strategic value. A strategic patent portfolio can be used both offensively as a sword to strike out at competitors and defensively as a shield to avoid competitor attacks.

Offensively, the sword prevents competitors from making, using, or selling the patented invention. Defensively, the shield serves as a bargaining chip against a competitor who threatens to sue for patent infringement of one of the competitor’s patents.
Recently, the medical device industry has become a target of patent trolls, also known as non-practicing entities (NPEs), a familiar foe in the information technology industry. The 2013 transfer of more than 500 patents from Medtronic to an NPE named Orthophoenix LLC demonstrates that NPEs are becoming active in the medtech sector. Since June 2013, Orthophoenix has filed at least eight patent infringement lawsuits against orthopedic companies, including orthopedic giant Stryker. The rise of Orthophoenix also shows a shift in the NPE business model, with NPEs filling their patent pipelines by purchasing or licensing patents from larger entities. Despite attempts to reign in the increasing number of NPE patent infringement lawsuits across the technology sector, the medical device industry can expect more NPE patent litigation in the coming years.

Patent law is currently in the midst of the biggest reform in the past 60 years, with Congress, the executive branch, and the courts all changing the U.S. patent system. The America Invents Act (AIA), passed by Congress and signed into law by President Obama on September 16, 2011, is now fully phased in. With the switch from a first-to-invent system to a first-inventor-to-file system, the patent—and the rewards—will now truly go to the early bird. This major switch adds a further incentive for companies to speed their development cycle to beat competitors in the race to both the patent office and the market.

These Supreme Court decisions have had major impacts on medical device and diagnostic companies. First, medical device companies can now expand their research involving gene testing with less fear that another company will patent the gene itself. Second, the Supreme Court decisions clarify the definition of patent-eligible subject matter that strategic companies can exploit to improve patent protection for their inventions.

In light of the changing patent landscape, companies need strategic patent counsel to conduct a patent audit to assess the strengths and weaknesses of its current patent portfolio and redirect patent filing strategy to areas of white space to receive more valuable patents. The patent audit should also make sure the patent portfolio is complete, with no holes competitors can design around. The audit should include a freedom-to-operate analysis of third-party patents to assess threats. Patents or patent applications that have expired or have been abandoned should be revived, and unclear title to any of the patents and patent applications should be resolved. By ensuring that its patent portfolio is complete and up-to-date, a company enhances its strength and value in the medical device marketplace.

David J. Dykeman, a registered patent attorney with more than 17 years of experience, is cochair of the global life sciences and medical technology group of international law firm Greenberg Traurig LLP and a member of MD+DI's editorial advisory board. Reach him at [email protected]

Michael A. Cohen works at Greenberg Traurig’s Boston office and is a registered patent agent attending Northeastern University School of Law and the D’Amore-McKim School of Business.