A Snapshot Of The Market Opportunity In India and China 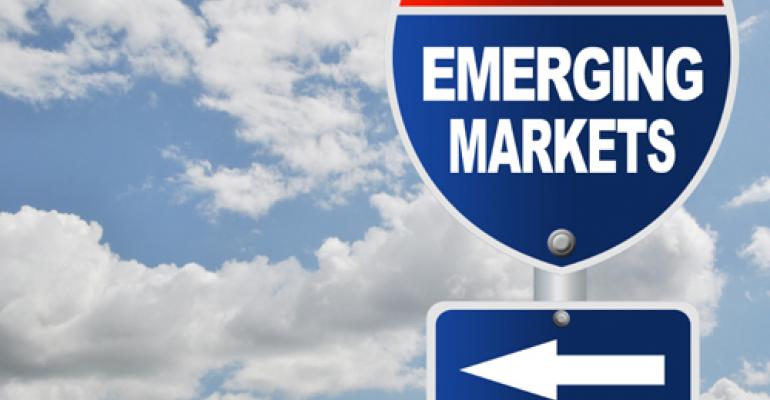 A new report provides information about what the surgical market opportunity in India and China is for Western medtech companies.

Anecdotally, everyone is aware that India and China represent huge opportunities for the medtech industry.

Arecent report provides a deeper dive specifically into the surgical market opportunity in those countries.

The Indian surgical devices market is worth at $2.75 billion and has an annual growth rate of 15%. The world's second-most populous nation imports roughly 75% of its high-value surgical devices, according to a report by Cambridge Consultants, a product development and technology consultancy based in the United Kingdom.

By comparison, China’s market is more than than three times larger at $8 billion and is also growing at 15% annually. The country imports more than 90% of devices imported from the US, Japan and Germany.

Here is a nifty infographic showing how healthcare dollars are invested in healthcare in India, China and the US. 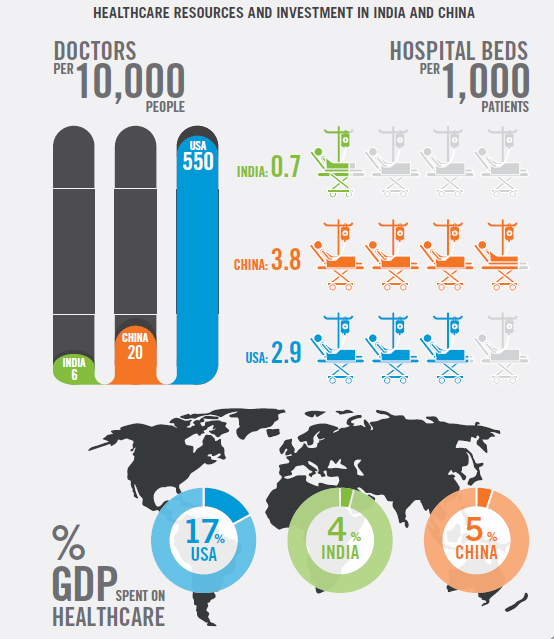 While China spends more on healthcare than India and has a better patients-bed ratio, both countries are strikingly similar on one aspect. While most of their populations are rural, the providers - the doctors and surgeons - are disproportionately concentrated in urban areas, especially Tier 1 cities.

However, hospital expansion is underway in both these Asian nations. The report cites that small surgeon-owned 10-bed hospitals are expected to ramp up as are large, government-owned Indian hospitals. The private hospitals in Tier 1 cities are also planning to expand into mid tier and rural markets.

In China, the government is driving the hospital expansion - the report cites that some forecast the nation building or renovating 3,000 new urban hospitals and 30,000 rural health centers.

The report also offers specific areas where U.S. and Western medtech companies can help to solve unmet needs, as well as understand the basic differences in emerging markets from Western counterpars

- collaborate with surgeons to develop products

- understand that in places like India, surgical market is a volume business

- provide products for an OR setting that is team based

But ultimately the biggest factor that can help medtech companies to succeed in these emerging markets is not to imagine recreating a Western OR with its expensive imaging and digital tools in the Indian or Chinese market.

For that, a new approach to surgical innovation and a long term view toward market success, will be needed, the report suggests