Signs Healthcare is Headed for Disruption 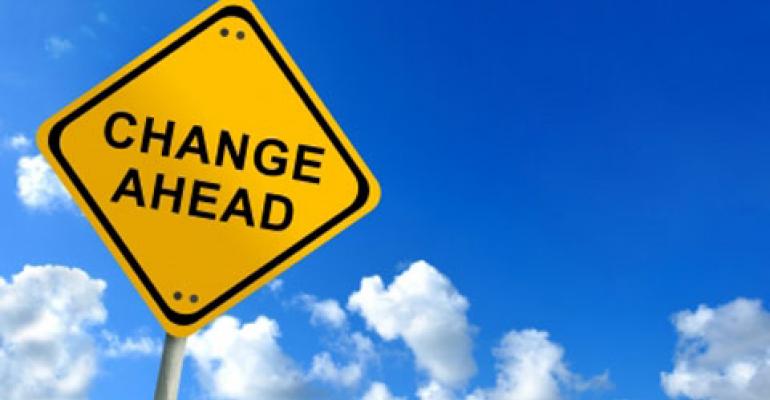 Many of the precursors to profound change in other industries are starting to show up in healthcare.

Many of the precursors to profound change in other industries are starting to show up in healthcare.

Disruption is a buzzword that gets thrown around ad nauseam in this business. But for an industry that loves to talk about disruption, healthcare has seen precious little of it.

Sure, there have been breakthrough drugs, vaccines, and medical technologies that have cured and ended diseases and significantly improved the quality and length of life for patients. What I’m talking about, though, is the kind of game-changing innovation that fundamentally alters the way an industry works. The music, taxi, and hotel industries have all seen that sort of disruption in recent years, and it’s high time it made its way into healthcare.

Thankfully, there are signs that change is coming.

True disruption almost always comes from outside, and there’s good reason for that. The players within an industry have a vested interest in keeping up business as usual because they’ve already invested in the infrastructure required by the traditional model. Outsiders, on the other hand, aren’t saddled with that stuff, so they have the freedom to rethink the business from the ground up. That’s how ridesharing company Uber was able to shake up the taxi industry without owning a single cab. With companies ranging from consumer tech giants Apple and Google to e-commerce players like Amazon starting to dig into healthcare, it’s only a matter of time before one of them strikes gold.

Stuart Karten, founder of Karten Design, wrote on MD+DI’s sister site Qmed.com earlier this year that disruptors like Uber have been successful in part because they leverage mobile technology. That’s something that’s also happening in healthcare. The ubiquitous nature of smartphones coupled with low-cost, high-quality sensors means patients can now be monitored or connected with healthcare providers around the clock. That presents a huge opportunity to improve care.

Access to technology also puts more power in the hands of regular people as opposed to traditional industry players. The lodging rental site Airbnb, for example, made it easy for anyone to become a hotelier by renting out their home or apartment to travelers. In healthcare, devices such as AliveCor’s mobile ECGs are giving patients access to data about their health that was once only available to physicians. Sooner or later, someone is going to figure out a way to get them to act on that information in a meaningful way.

Another reason disruption has taken hold in other industries is because the solutions that broke the mold made things cheaper for consumers. For instance, thanks to music-streaming services such as Spotify, you can now have access to a limitless catalog of music for less money per month than it used to cost to buy a single album on CD. With the rise of the fee-for-value model in healthcare, cost is also becoming front of mind for would-be disruptors there.

Agents of change in other industries have also succeeded because they provide a better experience than their predecessors. Before Airbnb, travelers’ options were limited to hotels, motels, and resorts. Now they can use the site to book accommodations in everything from an English castle to a treehouse. The shift toward a more patient-centric approach in healthcare shows our industry is catching on to the power of experience, too.

But perhaps most importantly, disruptors in other industries haven’t been afraid to ruffle a few feathers. Uber has famously run afoul of taxi drivers, most recently prompting riots by cabbies in France that led to the arrest of two of the company’s executives there. Airbnb has angered cities by skirting lodging taxes and zoning laws. And Spotify has been given the cold shoulder by musicians including Taylor Swift and Prince, who pulled their songs from the site citing low royalties.

Any company that hopes to shake up healthcare also needs to embrace the fact that it’s going to make a few enemies along the way. Chances are, if you’re too cozy with the status quo, you’re part of the problem rather than the solution. Or, to adapt an adage for our industry, you can’t operate on a patient without making a few cuts.

Jamie Hartford is MD+DI's editor-in-chief. Reach her at [email protected] or on Twitter @medtechjamie.