Should Intuitive Surgical Worry About Whether Robotic Surgery is Cost Effective?

Intuitive Surgical has sold more robots in the U.S. amid forecasts of growth of the broader robotic surgery market. Does the company need to build a case around cost effectiveness any more?

Intuitive Surgical has sold more robots in the U.S. amid forecasts of growth of the broader robotic surgery market. Does the company need to build a case around cost effectiveness any more? 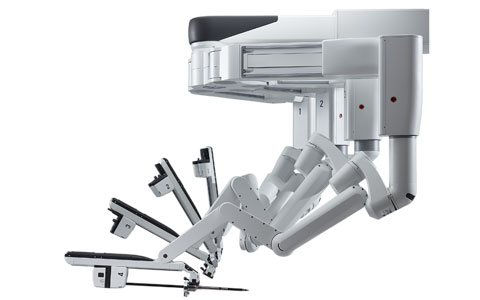 There's been plenty written about the value or lack thereof of robotic surgery.

Specifically the charge is that the outcomes do not justify the higher costs of robotic surgery. Last year the Wall Street Journal published an article that said that for the removal of ovaries and ovarian cysts, robotic surgery was not only more expensive, but also had higher rate of complications than minimally invasive surgery.

The article focused on devices made by Intuitive Surgical, the pioneer in robotic-assisted surgery and since the FDA cleared the da Vinci robot back in 2000, 2.5 million surgeries have used the robot and its next generation devices. Now, the Sunnyvale, CA, company is trying to make an argument that its products are actually cost-effective. But should the company even bother given how the robotics market is set to grow and how well its current generation of robot is doing?

For now, it appears that the company wants to position itself as being cost effective in a healthcare system that is slowly transitioning to a value-based system.

In a webinar in early October, Andrew Yiu, manager of clinical economics at Intuitive Surgical sought to explain the value of robotic surgery, as compared to laparoscopic surgery and open, more invasive surgery. Yiu painted a picture of how laparoscopic procedures especially in gall bladder operations encountered questions about clinical value and cost effectiveness in the late '80s and early 90s, similar to what robotic-assisted surgery is experiencing today.

But that changed in later years as people looked beyond the up front costs of performing laparoscopy in the operating room.

"Over time as laparoscopy was able to demonstrate reproducibility of technique, of outcomes, [people] started to examine the total costs to treat the patient - so relatively high costs within the operating room but lower cost outside the operating room," Yiu said. "Robotic-assisted surgery is in a very similar situation as it relates to that value equation, with the exception that we are actually dealing with conversation across multiple surgical specialties."

Yiu used peer-reviewed literature based on the company's criteria to show how robotic-assisted surgery can provide value for payers, physicians and patients.

For one, Yiu said that across a few surgical procedures, using the da Vinci robot led to shorter hospital stays, which allows greater potential savings.

As Intuitive Surgical uses peer-reviewed literature to make claims on cost effectiveness of robotic surgery, it's financial results demonstrate that surgeons are more than happy to use the product.

On Oct. 20, the company announced its third-quarter results which showed that it sold 80 da Vinci Xi systems — the next generation product — in the U.S. whereas analysts had only expected 66 to be sold, according to Henry Brandon, an analyst with RBC Capital Markets. Intuitive also reported strong procedure growth worldwide da Vinci procedures grew 15% compared to the third quarter in 2014.

Separately surgeons are also very bullish on the future of robotic surgery. So while Intuitive has been trying to convince the public that its products bring clinical and economic value, surgeons - the main customer - are more than happy to keep using the product. Perhaps, it should set aside talk of cost effectiveness.

So what should Intuitive Surgical worry about?

Competitors that bring on smaller, faster and cheaper robots. That could be TransEnterix, which is readying to launch its SurgiBot system provided expected to win FDA approval in the first quarter, according to Brandon.

But down the road, an even more disruptive competitor could emerge.

Johnson & Johnson has announced that it is working with Google to redefine the surgical robotics marketplace.

"We can see a future in which the surgeon is no longer isolated in the OR, but through our system we'll be able to connect to critical data, imaging, and diagnostic information,” said Gary Pruden, J&J's worldwide chairman of medical devices, according to a transcript of the company's third-quarter earnings call. “Information that will help a surgeon make the best, most accurate decisions as and when they are needed.&rdquoIf that future is realized, that could indeed be worrisome for Intuitive Surgical.