Should Boston Scientific Zag While Others Zig? 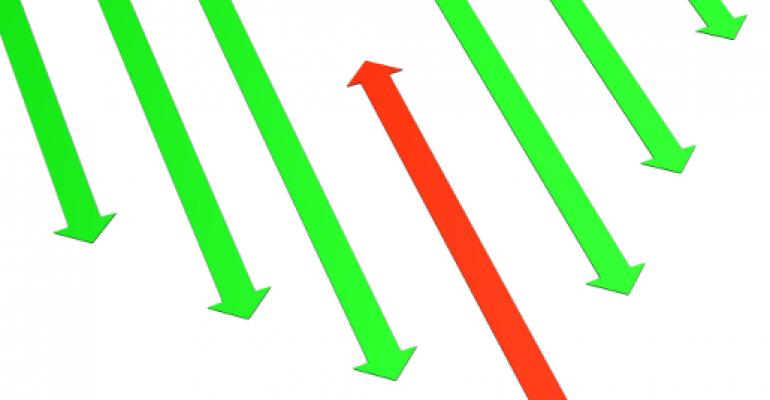 A Frost and Sullivan analyst speculates on what Boston Scientific will do given that two of its main competitors have engaged in megamergers.

A Frost and Sullivan analyst speculates on what Boston Scientific should do given that two of its main competitors have engaged in megamergers.

Medtronic has bought Covidien, St. Jude Medical has given itself to Abbott Laboratories. So two of Boston Scientific's biggest competitors have chosen scale as an answer to answer the challenges of today's healthcare industry.

What should the Massachusetts company do, if anything to stay relevant in an evolving marketplace? MD+DI reached out to Venkat Rajan, industry manager for medical devices and global director of research, Visionary Healthcare at Frost & Sullivan for some answers.

MD+DI: Boston Scientific's CEO Michael Mahoney hasn't been too thrilled with megamergers in medtech. But even the latest Abbott-St. Jude Medical deal seems to be happening with the aim of cross selling in mind. What's your take?

I went to a MassDevices event in Boston in 2015 and Mike Mahoney was speaking and he did seem sort of leery of some of these large deals. Historically, the Guidant deal did not necessarily work out the way that Boston Scientific  expected. You wonder whether something like that in the back of his mind. He also openly wondered about the logistics of medical device manufacturers trying to take on larger roles in managing clinical environments as we have seen other developers explore.

MD+DI: What approach should it pursue when it comes to acquisitions?

This is highly speculative but I think the way Boston Scientific could go about M&A is that instead of a big fish, you might see a lot of small to mid-sized transactions that may in aggregate approach those large-deal dollar sizes. So when everybody is zigging it makes more sense to zag. Why place one big bet, when you can place some smaller bets with potentially a higher upside.

I would say from my perspective what is attractive from a Boston scientific standpoint is targeting opportunities in the new healthcare economy, the new market paradigms in medtech, whether its around analytics, chronic disease management, clinical grade wearable technologies and monitoring solutions. I am not talking about the fitbit type stuff but the dedicated tools for patient monitoring either pre-op or post surgery that can bridge the care continuum. Similarly, solutions that give Boston better tools for heart failure support or other types of chronic disease management.

From Boston Scientific's perspective there's not one company that does all that. They could pick up a telehealth solution, a wearable technology, AI developer - some of those solutions  - as opposed to doubling down on the surgical environment within a hospital. That can help them move the care environment to a more of a population management approach.  So I think -- and again this is purely from a third party analyst point of view -- those types of things might be the way to would go if I were advising Boston Scientific.

MD+DI: Could Boston Scientific itself become a target? Or is that too unimaginable?

I wouldn't say anything is unimaginable given the current market environment and some of the acquisitions we've seen. Hypothetically, if something like that were to happen, it could have parallels to the  Becton Dickinson and CareFusion deal where there are two organizations which have some synergies between them in terms of the conditions and care environments they serve.  We do live in a sort of a fast-follower mentality when it comes to some of these deals in medtech. Maybe there's something like that for Boston Scientific but it's hard to see exactly who that is given who is left standing after the most recent wave of transactions.

MD+DI: Everyone thought Stryker would have to do a deal and there were all those rumors about something with Smith & Nephew. Yet the company has hummed along doing tuck-in acquisitions in the last couple of years. Could Boston play like that?

I think that's the likely scenario. If you wanted to make one of these big deals, who would you acquire? What would make sense? And there's not a lot out there that makes sense.

My gut says that it's more mid-sized deals tied to the synergies of the new healthcare market paradigm.  I think they have taken a fairly measured if not tempered approach on the acquisitions front for the past couple years. We expect you might see that change as they become a little more proactive. Because they haven't gone down the path of one of the more recent megamergers, I believe Boston Scientific can be a little more agile in this fast evolving healthcare environments. Some of areas of opportunity we highlighted are now reaching to a point of time when they are closer to being ready for prime time, so I imagine some of the key emerging developers in those spaces could be prime targets.