From Rust to Riches: Medical Device Manufacturing in Ohio’s Northeast 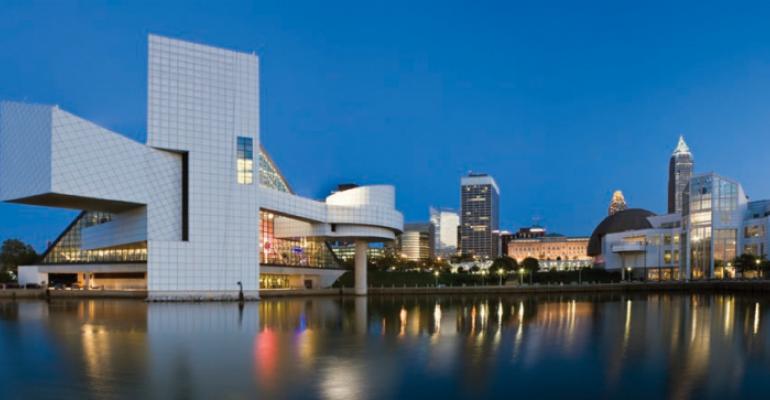 With an established industrial infrastructure, a growing network of medical device startups, and renowned research institutes, Cleveland is poised to become one of the nation’s major medical device manufacturing centers

Decades of industrial decline have taken a toll on Ohio, one of the hardest-hit Rust Belt states. Between 1990 and 2007, for example, Ohio's manufacturing employment fell more rapidly than the nation's as a whole, plunging from approximately 22% in 1990 to about 14% in 2007. The Great Recession beginning in late 2007 wreaked further havoc, causing manufacturing employment to fall 12% from mid-2008 to mid-2010.

But dismal statistics and grim portents for the state's future notwithstanding, at least one economic branch is flourishing between the Ohio River in the south and Lake Erie in the north: the medical device industry. And fueling this hothouse growth is the state's northeast--with the old manufacturing city of Cleveland at its heart. If the last few years are any indication, this region's burgeoning medical device manufacturing capability may yet help the Buckeye State to sand off the old rust.

Following the Spine Trail
One of the nation's premier assembly and parts-manufacturing centers in the mid-20th Century, Cleveland was home to auto plants, steel mills, and a range of related industries that produced diesel engines, construction and industrial vehicles, aircraft parts, and more. While much of that industrial capacity has disappeared, the city's manufacturing legacy has endured, forming the basis of today's medical device manufacturing sector. One case in point is Astro Medical Devices (Mentor).

"We used to be an old-line manufacturing company serving traditional industries," remarks Joe Eisenbart, a sales engineer at Astro Medical Devices. "Basically, we're a job shop. We machine anything that we can make a profit margin on. And that used to be traditional industries, including auto." The company transitioned to medical device manufacturing 13 years ago when it began to machine spinal implant components, however. "The first such component was probably a screw," Eisenbart recalls. "But since spinal implant systems consist of many individual components, once we started working in that field, we thought, 'Look at all these different parts you can machine.' And we grew from there."

The company got its start in the medical device sector through its association with Acromed, a spinal implant company that was acquired by DePuy Spine Inc. before that firm's eventual acquisition by Johnson & Johnson. "We really got into medical when Acromed came to our main plant for some prototypes made using stereolithography machines," Eisenbart says. "And then the powers that be recognized that we can also machine these types of components." Meanwhile, Astro began to do business with a spectrum of spinal implant OEMs in the United States and Israel. "Over time, machining spinal implant parts became an integral part of our work," Eisenbart adds. "We followed the spine trail, and now the proportion of medical to our overall output is in the 90% range."

Astro's experience is far from unique. Prince & Izant Co. (Cleveland) is another example of an old-line manufacturing firm that successfully transitioned to the medical device market within the last few years. A veteran metal-joining firm dating back to 1927, the company today supplies platinum and other high-purity metals for biomechanical, neurodevice, implantable, and other medical device applications.

"The Cleveland area has lost much of its traditional business, such as automotive, HVAC, steel, and tool and die manufacturing," remarks Grayson Alexy, Prince & Izant's director of sales, marketing, and public relations. However, the companies that were able to adapt to new markets and products such as medical devices are continuing to thrive. "Our firm was fortunate enough to invest in a new medical product line almost a decade ago--a product line that complements our current business. And it has seen double-digit growth ever since," Alexy says.

For example, the time and cost involved in validating an implant to satisfy quality and documentation requirements can exceed the cost of manufacturing itself, Eisenbart comments. And raw-material requirements in the medical device sector also differ from those in traditional manufacturing industries. Implantable-grade materials are more expensive and harder to source than traditional materials, while engineering and tolerancing many medical devices can be challenging. Handling throughput is also more exacting because the most minuscule scratch can cause a part to be rejected. "In short, this is a completely different world from working in a traditional job shop," Eisenbart says.

Cleveland: From Steel to Stents
This shifting focus to the medical device industry altered the area's manufacturing landscape. In 2008, for example, Ohio boasted 625 FDA-registered medical device and component makers, second only to Illinois among Midwestern states and ahead of Minnesota, Michigan, and Indiana. Furthermore, 10 of the country's top 18 medical device manufacturers currently maintain facilities in the Cleveland area, including such giants as Johnson & Johnson, GE Healthcare, Philips Medical Systems, and Steris.

There are manifold explanations for why the Cleveland area is emerging as an up-and-coming biomed hub. In addition to the region's trained industrial workforce, the local biomedical industry is supported by one of the largest concentrations of research hospitals and academic institutions in the United States. It also receives state-supported cost incentives and is backed by a strong incubator system and a business-friendly tax structure.

Attracted by the budding importance of the region's expanding medical sector, venture capitalists are also sitting up and taking notice. Thus, while investment in Cleveland-area biomed startups has not yet returned to the level attained prior to the recession, it managed to double between 2009 and 2010 from $66.3 million to $135.1 million. In all, 33 companies were the beneficiaries of this largesse. And increased investment has also translated into growing medical device-related employment statewide, as reflected in a nearly 20% growth in bioscience jobs from 2000 to 2009. Indicative of the strength of the medtech industry in Northeast Ohio, however, is the fact that fully 34% of the state's medtech jobs are concentrated in and around Cleveland.

R&D Haven
The fortunes of Cleveland-area medical device manufacturers are receiving a considerable boost from the region's important research, educational, and training institutions. The city is home to such prestigious medical institutes as the Cleveland Clinic, University Hospitals, MetroHealth Medical Center, and Summa Health Systems. In addition, 27 colleges and universities sponsor more than 20 academic programs focusing on medical education.

Another Cleveland Clinic affiliate is the Lerner Research Institute (Medical Device Solutions). Home to all of the laboratory-based, translational, and clinical research conducted at Cleveland Clinic, this institute's focus areas include biomedical engineering, cancer biology, the neurosciences, and eight other disciplines.

"CCF has been a leader spurring medical device design and development in the Cleveland area," remarks Brian Hrouda, director of sales and marketing at Norman Noble Inc. (Highland Heights). "The CCF Innovations and Medical Device Solutions teams have been very successful at implementing the steps required to commercialize new medical device technologies." Specializing in the manufacture of stents and orthopedic implants, Norman Noble Inc. is working with CCF to review design for manufacturability and initial prototype requirements to get startups off the ground. It has also helped develop new manufacturing technologies to meet future production requirements.

In an effort to optimize such new manufacturing technologies, Norman Noble is collaborating with the University of Toledo, Medical Device Solutions, Case Western Reserve University (Cleveland), and NASA (Washington, DC) to develop and commercialize nitinol for use in various medical implants, according to Hrouda. The recipient of an Ohio Third Frontier Program grant, this project supports the use of shape-memory and smart materials in the development of ankle-foot orthoses and such medical devices as adaptive pedicle screws, which are used in spine-repair applications.

With such projects in the works, Hrouda sees a bright future for medical device manufacturing in Cleveland. "Many startup companies are now operational and working to commercialize innovative medical device technologies," he says. "The infrastructure is also here to support their growth." Hrouda adds that many of Cleveland's startups merely need to obtain regulatory approvals and then launch their new medical device technologies into the market in order to start having a positive economic impact on the area.

The city isn't just relying on local medical device startups to help boost the economy, however. Cleveland is proactively developing a new downtown trade show and conference facility, notes Alexy from Prince & Izant. Known as the Cleveland Medical Mart & Convention Center, this facility is being developed to enable medical device companies to exhibit their products and services on a more permanent basis. The city and taxpayers are staking more than $400 million worth of investment on the success of the Medical Mart, Alexy says. Hospitals are also expanding their facilities and R&D activities, and the universities are focusing on medical-related fields. "This development," he concludes, "is one, if not the, primary driver in Cleveland's future."