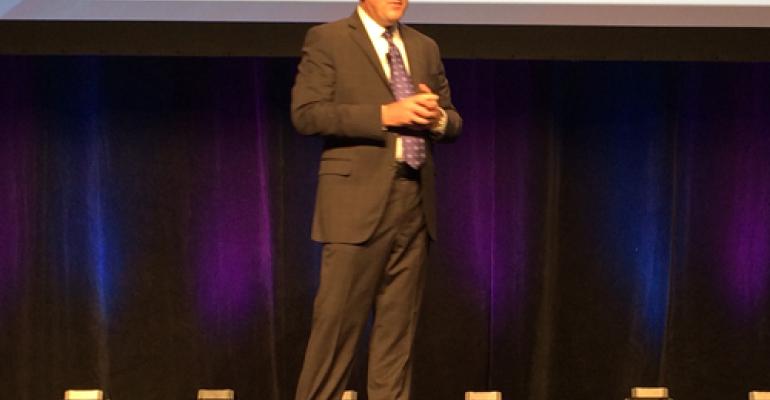 SharedClarity, a startup entity orginally formed by UnitedHealthcare and Dignity Health wants to change how hospitals source some of their most expensive products.

SharedClarity, an early stage startup, wants to prove to the world that breaking the cycle of past animosity between payors and health providers might be mutually beneficial.

And have the added advantage of improving patient outcomes.

The Phoenix, Arizona company is a for profit entity formed by UnitedHealthcare and four billion-dollar health systems. Their aim is to use data, incuding device data, clinical data and claims data and marry that to physician input from member hospitals to find out which devices in any given product category are clinically the best for patients.

Then SharedClarity can drive affordable purchasing contracts between medical device vendors and the member health systems. But this has required an unprecedented collaboration between organizations that had contentious relationships in the past.

“Largest commercial payor [Unitedhealthcare], Dignity Health, putting down the boxing gloves trying to figure out how to work together,” Mark West, president of SharedClarity at the 30th anniversary of LifeScience Alley's annual conference in Minneapolis on Wednesday. LifeScience Alley is a lifescience industry association and advocay group in Minnesota.

Founded in 2012, SharedClarity has facilitated purchasing contracts in three product categories so far – bare metal and drug eluting stents as well as peripheral stents. In the stent contracts, Abbott and Medtronic won out over Boston Scientific. In peripheral stents, SharedClarity evaluated products made by 20 different vendors and awarded contracts to four. They were Abbott, Boston Scientific, Covidien and Medtronic. Companies like Cook Medical and Cordis were part of the review, but did not win the contracts

The process works like this – SharedClarity leverages device data and clinical data from health systems, adds that to claims data from UnitedHealthcare as well as data from registries. A clinical review team that includes physicians from member hospitals looks at the data and responds to surveys. If a consensus is reached regarding which product produces the best clinical outcomes, then the process moves to collaborative contract whereby all four member health systems have one contracting process with medtech vendors.

However, if no consensus is reached, SharedClarity might design a custom study to answer the questions that came up during clinical review.

“This is a huge differentiator for our organization and our relationship,” West said. “These activities are independent, funded by SharedClarity and can range from a comparative effectiveness, utilization, we could do adverse events type of analysis, trends analysis and it really depends on what the questions are.”

So far, consensus has been reached in the contracts that have been awarded.

Overall, SharedClarity has identified 30 products that will be subject to its clinical review – they are all “high cost” and “high impact” products, West said and would include things like pacemakers, stents and even contrast media. For its members, the products represent a $3 billion market.

Such an approach is of course disruptive on many levels – the normal course of device selling involves medtech sales force reaching out to individual physicians and developing close relationships with them. Even with group purchasing organizations, medtech companies rarely have been subject to a review that aims to see which devices actually work best for patients.

So how have they responded?

West says the response has been positive.

“Suppliers like the fact that we don’t have admin fees,” he said, noting that SharedClarity makes money by getting a service fee from member health systems and are not paid by device vendors.

They also like the fact that they can negotiate deals with multiple health systems with just one contract.

“It’s less lawyer time too and less negotiations that need to occur,” he said.

And for members the benefit is significant cost savings – West characterized them as double-digit percentage savings that its member health systems have seen.

While that is certainly attractive to health systems and hospitals nationwide, West said just four spots are open to new members.

In an interview after his address, West explained that SharedClarity has already turned down a large, well-known health system. He declined to identify them.

“There has to be the right culture,” he explained noting that SharedClarity can function best for members who are moving away from providing tons of choice to physicians.

Physician preference – where the same hospital allows physicians to choose from similar products but from various vendors  – has been one of contributing factors of rising healthcare costs.

And as cost containment has kept hospital administrators up at night, many are trying to look at ways to adjust to a few-for-value system and look for ways to reduce treatment variation. Many are starting to work with fewer vendors in any given product category.

While, SharedClarity has helped member health systems adjust to this changing dynamic in the marketplace, West acknowledged that there is room for improvement. He has received intersting feedback, even encountered some "passive-aggressive behavior."

If you can imagine having a payor, four large health systems, suppliers and everyone of them having to adjust their processes and strategies, it's quite a coordination, and while our results are outstanding, our speed's not."