HomeBusinessProcedure Recovery May Be Slower than Expected, Survey Says
Recent
Case for Quality Shifts from Pilot to Full Program
Jun 22, 2021
Recording the Brain at Work with Thousands of Sensors
Jun 21, 2021
Is Philips' Loss ResMed's Gain in Sleep Apnea Devices?
Jun 21, 2021
‘Meeting Patients Where They Are’
Jun 21, 2021

Procedure Recovery May Be Slower than Expected, Survey Says 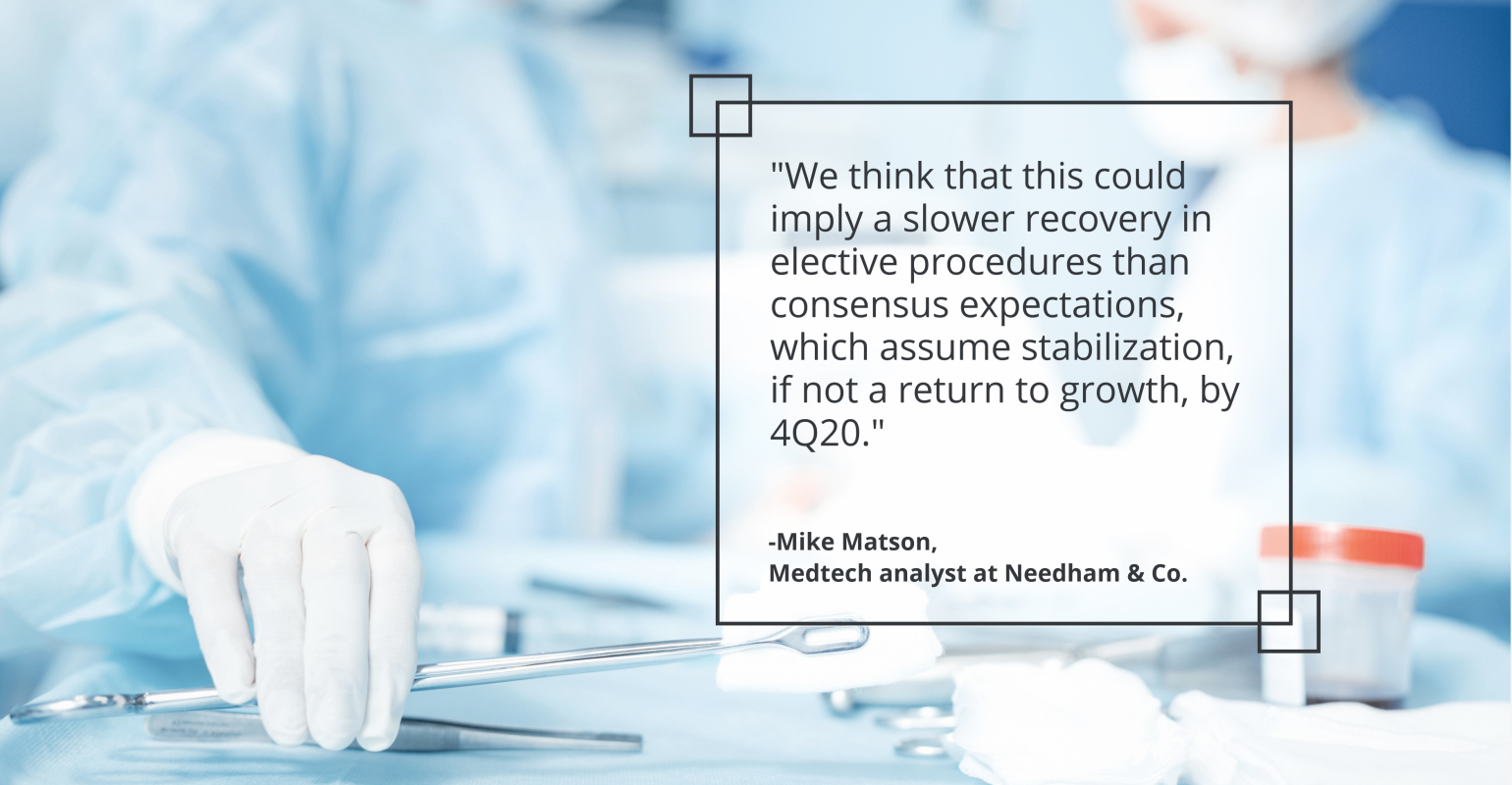 Even as hospitals resume elective procedures, a survey of consumers suggests that patients may not be willing to reschedule deferred procedures until 2021 or later.

A consumer survey conducted by analysts at Needham & Co. sheds some light onto what the procedure recovery could look like in the United States as hospitals in many states have begun resuming elective procedures.

"The results of the survey indicate that consumers remain hesitant about elective procedures with 26% indicating that they don't feel comfortable having an elective procedure until 2021 or later," said Mike Matson, a medtech analyst at Needham & Co.

The firm surveyed 269 consumers across the United States on May 11 and May 12, however the analysts noted that the number of responses varied for each question because some respondents were directed to an additional set of questions depending on their answers to questions early in the survey.

Matson said the survey results could imply a slower recovery in elective procedures than consensus expectations, which assume stabilization, if not a return to growth, by the fourth quarter of 2020.

"While a majority of respondents are comfortable having an elective procedure in either [the second or third quarter], there is a substantial portion that want to wait until 2021 or later," Matson said. "When we asked respondents when would be the earliest they would feel comfortable returning to a healthcare setting for a potential elective medical or surgical procedure, the results were barbell shaped."

"Other important factors include segregating COVID-19 patients from other patients within hospitals, improving the availability of COVID-19 tests, and the ending of 'stay at home' restrictions," Matson said.

The least important factor affecting respondents' willingness to have a procedure is a stronger economy, the analyst noted. He said respondents also indicated they would be most willing to have an elective procedure in a hospital outpatient setting, which was closely followed by an ambulatory surgery center. These were followed by a physcian's office, then a hospital inpatient setting, Matson said.