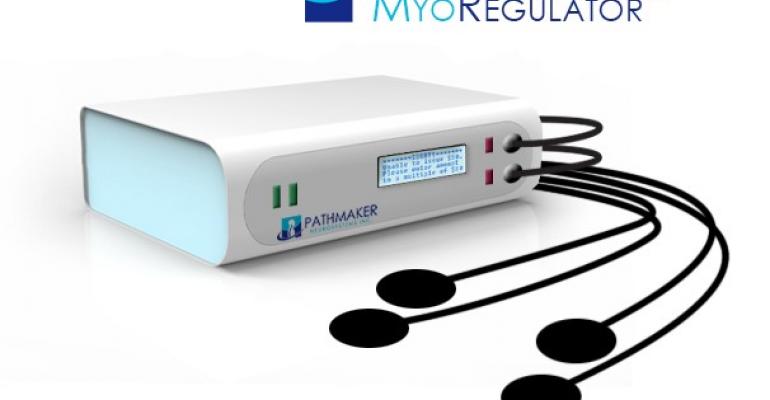 The company’s recent progress comes at a time when the bioelectronic medicine space is expanding due to investments from larger companies and newly introduced innovations.

PathMaker Neurosystems, a clinical stage company in the bioelectronic medicine space, is seeking to change the treatment paradigm of patients suffering from spasticity secondary to stroke with the MyoRegulator device.

“We expect to have our first regulatory clearance in less than two years,” Dr. Nader Yaghoubi, president and CEO of PathMaker Neurosystems, told MD+DI. “We’re working to shorten that as much as we really can. Although we haven’t fully disclosed our strategy here, I will say that we will have CE mark clearance before we have FDA clearance.”

The company has received significant support from FDA. In 2017, the agency selected the MyoRegulator as one of the first “breakthrough” medical devices selected for the Expedited Access Pathway (EAP) program.

At the root of the MyoRegulator device is PathMaker Neurosystems’ DoubleStim technology. The company said DoubleStim uses a combination of simultaneous non-invasive spinal and peripheral stimulations. Stimulation from the device is directed to suppression of hyperexcitable spinal cord circuits that are involved in spasticity.

“We really have pioneered a new paradigm of modulating motor circuits …,” Yaghoubi said. “This is entirely novel. This did not exist seven years ago.”

The concept of Bioelectronic Medicine isn’t new by any means. But the concept and the market has been getting a lot of attention lately. A huge spotlight was placed on the space, when GlaxoSmithKline (GSK) and Google's Verily Life Sciences, an Alphabet company, teamed to form Galvani Bioelectronics. The two companies plan to invest about $700 million over seven years into the joint venture.

During the 2017 South by Southwest Conference and Festivals, leaders from the Swiss Federal Institute of Technology Lausanne (EPFL), the Massachusetts Institute of Technology (MIT), the Defense Advanced Research Projects Agency (DARPA), and the Center for Bioelectronic Medicine at the Feinstein Institute for Medical Research at Northwell Health discussed the promise of bioelectronic medicine -bringing much needed attention to the space.

PathMaker Neurosystems was put in the spotlight earlier this year when it received a $5 million grant from the National Institutes of Health to help with the continued development of the MyoRegulator.

And just last month, electroCore, another firm in the bioelectronic medicine market, launched the gammaCore Sapphire, a second-generation device that is non-invasive vagus nerve stimulator for the acute treatment of pain associated with migraine and episodic cluster headache. The handheld device is self-administered by patients and is placed on the neck over the vagus nerve.