HomeBusinessPatent Trolls Invade MedTech
Recent
The Robot Will Do Your Angioplasty Now
May 18, 2022
XACT Is Changing the Tone of Robotics in Healthcare
May 18, 2022
Medtronic Touts Cusp Overlap Technique in TAVR
May 18, 2022
Feds Crack Down on Reused Rectal Probes
May 18, 2022 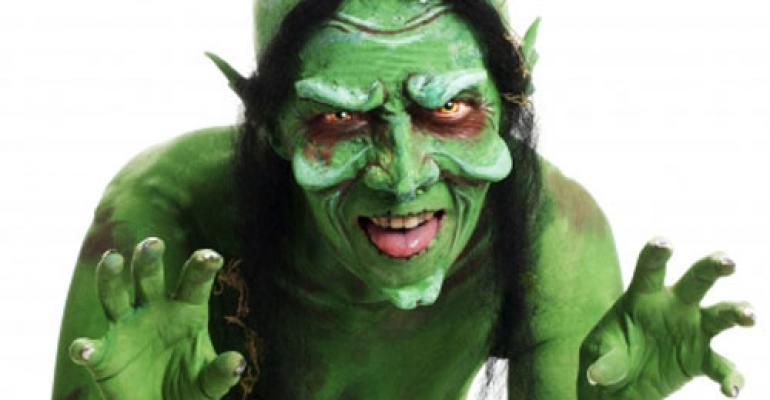 While patent trolls have plagued the technology sector, the medical device industry has largely been spared—until now.

Last year will be remembered as the year that patent trolls invaded the medical technology industry. Also known as patent assertion entities or nonpracticing entities (NPEs), patent trolls are businesses that acquire patents for the purpose of collecting royalties from companies whose products or practices allegedly infringe patents owned by the NPE.

Detractors view NPEs as bullies that impose a tax on innovation and abuse the patent system by attempting to extort “licensing fees” from product manufacturers. NPEs themselves are often immune from patent infringement claims because they do not produce, or intend to produce, any products. NPEs claim they help individual inventors by providing the necessary resources to protect and enforce the inventors’ rights to their inventions.

Until recently, the wave of patent troll lawsuits has largely been focused on the software industry and stayed away from the medical device industry. A September 2013 survey by Santa Clara Law School professor Colleen Chien found that only 13% of pharmaceutical and medical device venture capitalists reported a company in their portfolio had received a demand from an NPE. This compares extremely favorably against the technology sector, where 90% of venture capitalists reported receiving demands from NPEs. Unfortunately, there are signs that NPE activity in the medtech industry is increasing.

It is not surprising that medical device companies are finally attracting the attention of NPEs, as the medical device industry is an attractive target. Between 1995 and 2012 the median lawsuit verdict involving a medical device patent was around $16 million. Defending a patent infringement lawsuit is not cheap either. The American Intellectual Property Law Association estimates that getting to the end of discovery will cost defendants roughly $1.5 million, and getting to a verdict in a patent infringement trial can total between $2.5 million and $5 million. NPEs know the substantial costs defendants are facing in patent infringement lawsuits and successfully leverage companies into settlements.

There have been multiple, largely ineffective, efforts to curb NPE patent litigation in recent years. In 2011, the America Invents Act tried to address NPE litigation by forbidding patent plaintiffs from suing multiple unrelated defendants in a single lawsuit. In June 2013, President Obama issued five executive orders addressing NPE patent litigation by requiring updated patent ownership filings at the USPTO and increasing training for USPTO patent examiners. Unfortunately, the actions by Congress and the president have not reined in the volume of NPE patent litigation.

State attorneys general have tried to turn back patent trolls by using consumer protection laws to go after NPEs that send demand letters to businesses. In January 2014, the Nebraska attorney general introduced a bill in the state legislature that will make sending baseless patent infringement demand letters a violation of consumer protection laws. If the bill becomes law, Nebraska will join Vermont and become the second state to categorize such actions as a breach of consumer protection laws. Also in January 2014, the New York attorney general announced a settlement with MPHJ Technology Investments regarding deceptive tactics used to coerce New York businesses into licensing MPHJ-owned patents. The New York settlement should serve as a guideline for other states investigating patent trolls for deceptive practices.

One issue preventing the White House or Congress from fully addressing NPE litigation is the competing patent needs of American industries. The life science industry, which has not generally been the target of NPE litigation, is largely in favor of a strong patent system that makes it is very difficult to invalidate issued patents. On the other hand, the software industry, in which NPEs have been particularly active, wants to make it easier for courts to invalidate issued patents. One reason for this divergence is the different publishing practices of these industries. By publishing its innovations, the life sciences industry creates prior art hurdles that make it harder to patent obvious inventions while at the same time making it easier to knock out improperly issued patents. Because the software industry generally does not publish, it struggles to invalidate patents that it claims should not have been issued in the first place. A key to controlling NPE litigation is addressing the conflicting patent needs of these two important industries.

Congress to the Rescue?

Not surprisingly, the patent troll problem has attracted Congressional attention. Throughout 2013, many bills addressing the NPE patent litigation problem were introduced in the Senate and House. In the House these bills were consolidated into the Innovation Act, which passed with overwhelming support on December 5, 2013, by a vote of 325 to 91. Vermont senator Patrick Leahy introduced a companion bill to the Innovation Act in the Senate, and the measure is likely to pass in 2014. The provisions of the Innovation Act that cut down on NPE litigation include the following:

While the Innovation Act is likely to cut down on the most egregious NPE practices, its ultimate impact on NPE patent ligation may be limited.

Be Prepared For Patent Trolls

Medical device makers can take steps now to prepare for patent trolls, regardless of how Congress ultimately acts. Prudent medical device makers will hire experienced patent counsel to both protect their innovations from being appropriated by others and to provide freedom to operate opinions that allow medical device companies to avoid existing prior art. Those companies that have received or expect to receive demand letters from NPEs should hire patent litigation counsel now. It is always better to have counsel waiting in the wings than to start searching while the clock ticks down on the limited time to answer a complaint.

Medical device makers that receive demand letters face a choice. One option is to raise the white flag and negotiate a license with the NPE, which may cost well into the six figures or beyond. Another option is to fight and dig in your heals for a long and expensive legal battle. Companies that elect to fight should be forewarned that they will have to pay significant attorney’s fees and, more importantly, devote significant executive time to trial preparations. A final option is the ostrich approach: Stick your head in the sand and hope the NPE goes away. Unfortunately, NPEs do not usually disappear, and companies that disregard demand letters can expect a complaint for patent infringement to arrive in the future. One potential benefit of delaying is that another company may step in and take the lead on invalidating the patent asserted by the NPE.

Last year saw the rise of patent trolls in medtech, and patent trolls will become an even bigger problem in 2014 and beyond. Expect more patent troll lawsuits to be filed accusing medtech companies of patent infringement. Prudent medtech companies that receive demand letters or know of competitors that have received demand letters will weigh their options with legal counsel experienced in both medtech and NPE litigation. Congress may come to the rescue, but with millions of dollars at stake, do not expect NPEs to cede the battle quickly. The medtech industry would be wise to heed the warning of this year’s midnight ride and prepare for the patent trolls to invade medtech.

David J. Dykeman is co-chair of the Global Life Sciences & Medical Technology Group of international law firm Greenberg Traurig LLP. A registered patent attorney with more than 17 years of experience in patents, intellectual property, and licensing, Dykeman's practice focuses on securing strategic worldwide intellectual property protection and related business strategy for high-tech clients, with particular expertise in medical devices, life sciences, biotechnology, and healthcare IT. He is also a member of MD+DI's editorial advisory board. Dykeman can be reached at 617/310-6009 or [email protected]