With NuVasive CEO Unexpectedly Out, Is a Sale Likely? 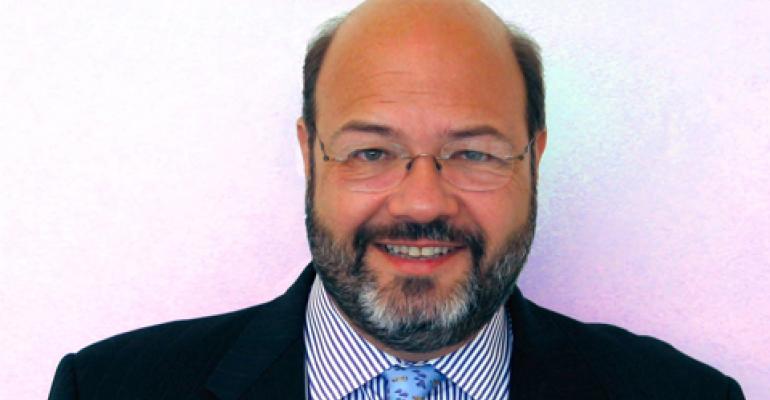 The unexpected departure of NuVasive's CEO is likely to heighten talk of a sale of the third-largest pure play spine company.

NuVasive, the third-largest spine company worldwide, announced Wednesday that a board investigation has revealed that CEO Alex Lukianov violated expenses reimbursement and personnel policies at the company.

Lukianov, who was also chairman, is leaving, and NuVasive's interim CEO is Greg Lucier, who has been a NuVasive director since 2013.

It now is an open question whether NuVasive would become an even bigger acquisition target given the CEO transition, according to analysts.

NuVasive did not reveal how much money was involved in the expenses reimbursement violation but in prepared remarks Jack Blair, lead independent director of the board, stated the following:

"Altlough the amounts involved appear to be immaterial to the Company’s financial results, his actions in this regard were not representative of the high standards by which NuVasive operates."

Lukianov's departure as CEO - he remains special adviser to the CEO through September 30, 2016 -  suprised analysts.

"We view the unexpected resignation of Alex Lukianov as a loss as he has led [NuVasive] since 1999," wrote Glenn Novarro, an analyst with RBC Capital Markets, in a research note on Wednesday. "He has positioned [the company] as one of the top pure play spine companies and is seen as the driving force behind [its] differentiated culture."

However, Novarro, implied that a new CEO would likely bring some level of cost control as the San Diego company has "historically spent more than its peers."

Another analyst's report pointed out that in recent years "cost control and less extravagance" at NuVasive was "happening despite and not because of [Lukinanov] and as a result investors may not view his departure as a complete loss.

This is how the analyst Richard Newitter,with healthcare investment bank Leerink Partners, reacted to the news of Lukinanov's departure in a research note Wednesday.

Mr. Lukianov has been fundamental to the building of [NuVasive's]  transformation into the 3rd largest publicly traded spine company by sales and in many ways a cornerstone of [its] aggressive selling culture that has resulted in years of sustained "market-share-taking" within the global spine market. However, he was also at times considered a controversial CEO, and by some not as focused as he should have been on expense control; thus his resignation may not be met with complete disappointment, and perhaps even as an accepted next step....

But the question is would his departure lead the company to be sold? Newitter believes that the conversation will "aggressively heat up" regarding a possible sale.

"NuVasive has been consistently talked about as a take-out, but perhaps less of a willing seller under Mr. Lukianov tenure," Newitter wrote. "Therefore, we expect NUVA could now be considered an asset more likely to be in play under a new CEO.

There was also some speculation about who the permanent CEO will be.

"While Mr. Lucier is being given the “interim” tag today, no search for a permanent CEO has been initiated and our sense is that the next few months will be treated as a trial run to see if the arrangement is a good fit for both parties, after which he may very well assume the role in a permanent capacity, in our view," wrote Michael Weinstein, an analyst with JPMorgan Chase, in a research note Wednesday.

Lucier is a well-known life sciences executive having led Life Technologies from a company with 1,500 employees into an international heavyweight with more than 20,000 employees. Thermo Fisher bought Life Technologies, which itself was born our of a merger, for $13.6 billion in February, 2014.

Given that NuVasive has always been considered an acquisition target, investors looking to fuel the acquisition angle may also read into Lucier's history of selling companies, Newitter wrote.

Novarro agreed that an acquisition could not be "ruled out."