The hospital won a lawsuit filed by a patient who claimed she received an experimental implant during open heart surgery. Court testimony, however, revealed that the surgeon had been testing the implant he invented in a limited release. The surgeon in the case insists he was just following normal protocols. 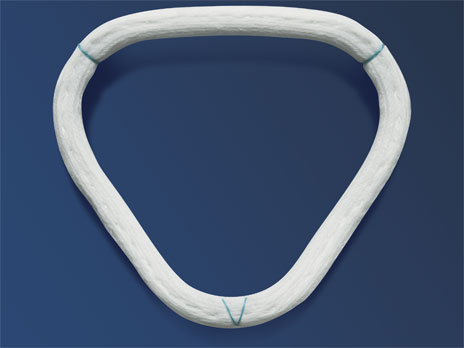 A Cook County, IL-jury has found no merit in an eight-year-old lawsuit accusing Northwestern Memorial Hospital and a star cardiac surgeon of implanting an experimental medical device in roughly 100 patients without their consent. University officials "consider this matter closed" according to Christopher N. King, a spokesperson for the Northwestern Memorial Hospital and other hospitals affiliated with the university

While the hospital won a lawsuit filed by a patient who claimed she was the victim of human experimentation under Northwestern University IRB, during the testimony, defendant Patrick McCarthy, MD acknowledged that he was the first to test the limited release of the device that was at the heart of the case, according to former Northwestern associate professor and valve director Nalini Rajamannan, MD.

A 2008 clinical publication related to the device states that the product was implanted in 100 patients from March 15, 2006, to November 19, 2007, and clinical outcomes in these patients were published.

Spokesperson King also denies that Dr. McCarthy "acknowledged that he was the first to test the limited release of the device." "There are transcripts of his testimony which will have verified this," he says.

The court transcript contains the following exchange referencing the limited release during testimony:

The device was cleared by FDA on April 10, 2009, confirming the completion of design verification procedures from the limited release at Northwestern and the in house testing as published in the 510(k) document and also in a letter to Senator Richard Lugar, (R-IN). Design verification documents signed by Dr. McCarthy in 2006, were presented during the trial. McCarthy has always denied that he performed experimental trials without patient consent. In 2011, he told the Chicago Tribune in 2011 that both he and Northwestern Memorial Hospital had assurances from Edwards Lifesciences that the device had been cleared for use under FDA rules. The company had stated that it believed that the device did not require 510(k) clearance because it was similar to previously cleared heart-valve rings.

During the limited release in 2006, Dr. McCarthy was the first to implant the device. Later on, after the first ten implants were completed, Dr. McCarthy expanded the use of the device to four or five other surgeons---in 2006 all surgeries were paid for according to Northwestern. The full market-wide commercial release was in 2007, as stated by Edwards Lifesciences during the Society of Thoracic Surgeons (STS) meeting held January 28-31, 2007. The STS Meeting Bulletin features a full-page ad for the device. Edwards confirmed in their SEC filings that they launched the Myxo in the same year: "In January 2007, the Company launched two new products in the United States. The new PERIMOUNT Theon aortic valve [...] and the new Myxo ETlogix annuloplasty ring is the first mitral repair product specifically designed to address mxyomatous disease."

Plaintiff Maureen Obermeier had received the implant from Northwestern's cardiothoracic surgeon McCarthy in a surgery on November 6, 2006.She also said that the device caused her to have a 2006 heart attack, permanent reduction of heart function and placement of an ICD. Obermeier had accused McCarthy of negligence and failing to provide informed consent, under Northwestern University IRB policy handbook.

McCarthy, who had worked with Edwards Lifesciences to develop the Myxo Ring mitral valve, had maintained that the device was not experimental when Obermeier had received it.

Northwestern Medicine officials are happy with the verdict in the case and continue to stand by McCarthy, spokesman King said in a statement released last Friday. "Dr. McCarthy is a renowned cardiothoracic surgeon that throughout his career has put his patients' best interests first. We are proud to have him leading our cardiothoracic surgery staff in providing the best possible patient care."

Edwards Lifesciences had been dismissed from the case earlier. "Edwards Lifesciences considered this matter concluded when the FDA provided 510(k) clearance for the Myxo ring in April 2009," said Edwards spokesperson Sarah Huoh in an earlier Qmed article. "Patient safety is always our top priority, and we stand by the safety and efficacy of the Myxo ring. As it pertains to this case, Edwards received a dismissal on motion for summary judgment. Huoh also said that "the discussion as it relates to this device is one of process, not patient safety, and Edwards has been transparent on the regulatory processes we have followed."

Former Northwestern associate professor Nalini Rajamannan, who initially had raised concerns about the device, is continuing her fight. Now a cardiologist in private practice after being terminated from the university as the valve director, in 2011. Rajamannan is requesting a meeting with the university's board of trustees, president, and leadership as of April 4, 2016.

"The allegations in this suit have no merit and are part of a public and personal campaign by her against Dr. McCarthy. Dr.Rajamannan has publicly supported this plaintiff's and another plaintiff's claims against Northwestern and Dr. McCarthy," King says.

"These documents are not 'new,'" King counters. "This case has been pending for eight years, and the parties engaged in years of discovery. The documents also reflect the standard product review that one would expect of any device manufacturer to engage in regarding the use of the device," he says. "It is also expected that the manufacturer would include the designer of the device who was using the device and was in the best position to comment on its performance. The documents do not suggest the ring was investigational. The Myxo Ring is a safe and effective device, as confirmed by the FDA, in April 2009, and it has saved and improved the lives of hundreds of patients."

Rajamannan has been reporting to Northwestern University, Northwestern Memorial Hospital, and the Northwestern Medical Faculty Foundation since 2007 after a patient informed her that she had not been given informed consent to participate in a clinical trial related to the model 5100. However, Rajamannan's letter states that the documents were not revealed to the public until the end of the trial and that the University IRB, ORI, and the president had been unaware of them until recently.

Northwestern has confirmed that discussions began earlier than the October 13, 2005, not mentioned during the trial, but dating back to the decision to license the device which is owned by the Cleveland Clinic, to Edwards Lifesciences for the development of Dr. McCarthy's invention.

On May 18, 2006, after the first round of implants were completed at Northwestern Memorial Hospital, he signed another document confirming the risk analysis to humans based on these surgical implants. He then expanded the use of the ring to other surgeons at other Universities. On November 8, 2006, McCarthy signed off on the modifications for the directions for use. These modifications ended up in a second justification to file, with the changes to the directions for use and safety modifications all finalized, prior to the official launch in January 2007.

One modification was published in an online news report from Chicago-based Fox 32 summarizing the opening arguments of the trial. Photos of the early prototype ring, which was removed from the patient Toni Vlahoulis, did not have the green marker to determine the front from the back of the ring. During the same news report, the second version of the ring with the green marker is also shown and is now the commercially available ring. The marker was added in November 2006, to make sure the surgeon knows the back from the front of the ring when they remove the ring from the package. Further confirming that the modifications were ongoing prior to the official commercial launch in January 2007.

In responses to the U.S. Senate during the Congressional Probe, Northwestern University denied any knowledge that there was a limited release to Dr. McCarthy the model 5100 for the first round of surgical implants. This statement is contradictory to the testimony given by McCarthy in the trial, who said that the registry was not informed consent for the testing of any device. Furthermore, the use of the outcomes registry for the FDA clearance in April 2009 was confirmed by the FDA in letters to Senator Charles Grassley (R-IA), Senator Richard Lugar (R-IN), and First Lady Michelle Obama, in 2009. The court case reveals that at least one heart attack on November 6, 2006, was left out of the FDA review of the adverse events. The omission of this heart attack and the other 28 adverse events including 2 deaths listed in MAUDE could have signaled the FDA to  potential safety issues.

The ORI for Northwestern University stated that the outcomes registry was sufficient for informed consent. However, the FDA in a letter to Vlahoulis on July 16, 2009, stated that the Myxo ETlogix model 5100 was a significant risk device and that it would need an investigational device exemption to undergo any studies in patients.

Prior to the official launch, is McCarthy's email communications with the Edwards Lifesciences CEO Mike Mussallem in December 2006 revealed in the court transcript: "We are looking forward to the STS Launch of the new ring [in January 2007]." After the launch, Edwards temporarily removed the product from the market in 2008. The product would go on to win 510(k) clearance with a new name and indication in April 2009. The product was pulled from the US market in October 2015 and from the European Market in March 2016.

"The company has focused significant efforts on future innovations for mitral valve therapy and, as part of this commitment to advancing the field of heart valve repair and replacement and our ongoing planning for the introduction of newer devices, we have retired certain products, including the Myxo ring," Edwards spokesperson Sarah Huoh says.

A previously filed Qui Tam "whistleblower" lawsuit filed with the U.S. Department of Justice by Vlahoulis and Rajamannan as a federal witness relator was dismissed after the DOJ chose not to pursue the case to recover the false claims to Medicare regarding the testing of the experimental devices using Medicare funds to pay for the testing of the limited release devices.

Note: Edits were made to this article based on feedback received from Christopher King, Director, Media Relations Northwestern Medicine on April 7.