The Next Big Trend in Medtech is ... 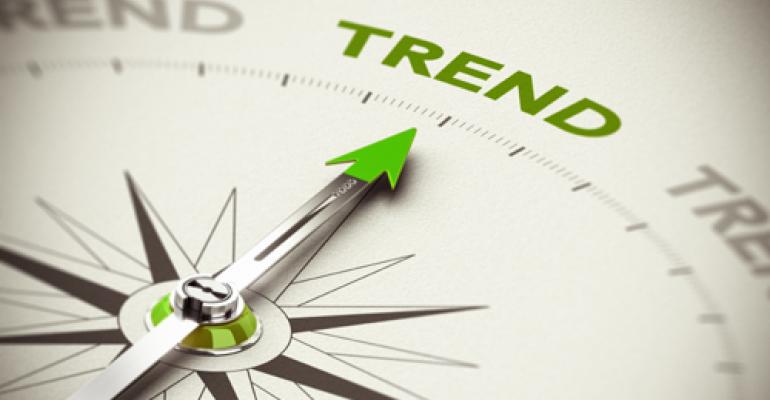 The healthcare industry and by default the medtech world, is undergoing a major metamorphosis. What big trend will the segment see over the next decade?

The healthcare industry and by default the medtech world, is undergoing a major metamorphosis. What big trend will the segment see over the next decade?

The healthcare industry is undergoing a seismic shift and with it the medtech world is encountering some fundamental transformation as well.

Mega deals are occurring in response to pricing pressure and there is an overwhelming need for companies to do more across the healthcare continuum. As a result, large companies are looking to disrupt their medtech business models and develop a services capability. That has inevitably driven more urgency to a constant dilemma for companies — how best to use R&D dollars to grow the company.

There is internal competition to get some of that growth capital and companies are saying, "I used to spend 9% of sales on R&D. I can’t do that anymore because I am investing in growth drivers that are not technology related, so I am reducing my R&D as a percentage of sales," explained Paul LaViolette, managing partner and chief operating officer of SV Life Sciences Advisers, a prominent life sciences venture capital company. LaViolette was speaking at a half-day conference Wednesday organized by LifeScience Alley, a trade group in Minneapolis.

He noted the companies are also contending with the fact they need to use some of that R&D budget on maintaining market leadership in the categories they already excel in. With that comes the realization that there isn't that much left in the R&D pot to try new, innovative programs.

"I don’t have 50 engineers sitting around," LaViolette declared of the thinking among large companies. "They’re all tightly managed on tight programs for my existing businesses and I can’t afford to lose competitiveness in what I do."

And all of the above is a factor to the next big trend in medtech.

"If you look at the big outsourcing trends over the last 10 years, it was contract manufacturing. I think the big trend in the next 10 years is going to be contract development...."

Contract development is something that the tech industry has been doing for a while, and "we're just slow to get to it," LaViolette said.

Later in an interview, he explained that the move toward contract development signals a shift in culture.

"In the old days, [companies said], 'I need the following capabilities in my engineering group” and I am going to deploy that into a product and unless I am going to do it myself, I am not going to have faith that it’s going to be done properly," he said.

Now, contract development companies - for instance Ximedica, based in Providence, Rhode Island, which is a SV Life Sciences portfolio company - has developed engineering talent that is on par with what large companies have in house, he said. That gives them a chance to make a stronger case when approaching companies for projects.

"Why should I hire 20 FTEs (full-time equivalents), put them on my benefits program, my retirement program, everything else when I can contract that out if I have faith that the contracted strategy can deliver the same benefit? he asked rhetorically. "If it works out well, it can be part of my long term franchise strategy. Then I'll hire internal resources to support it."

But LaViolette provided a caveat. Contract development is for specific projects that the company thinks is worth getting into and not for all technology development.

"Now if you are Medtronic and you are developing your next-generation pacemaker you’re not going to go outside for that. You are the world’s best at that," he declared. "It’s not intended to displace the capabilities of a market leader."

Contract development allows companies to share the risk of developing new programs where they don't have the engineering skill sets internally.

Yet, contract development trend has some skeptics. One such person is Dennis Wahr, CEO of Holaira, a COPD device startup based in Plymouth, Minnesota. Wahr, who also spoke at the LifeScience Alley event, asked a Ximedica representative and company executives who had used the Ximedica model how they approach the idea of who owns intellectual property when it comes time to commercialize a new product that was designed by a contractor and cemented by a supplier contract.

"I personally struggle with this all the way through my career," Wahr said. "Future acquirers don't necessarily want to deal with a lot of suppliers."

Ximedica's Aidan Petrie, chief innovation officer, clarified that the company never owns any IP when it takes on projects.

"We have zero hold on IP...," answered Petrie. "We don't want to be corrupted, I'll say, by the idea of ownership. On the manufacturing side ... we realized that our highest value as a company is to be able to be really good at getting medical devices through to commercialization, through the FDA and to launch... We leave the party at some point."

A customer of Ximedica - Philippe Deschamps, CEO of Helius Medical Technologies, a neurological startup based in Newtown, Pennsylvania - explained that adopting a prospective approach and working ahead of time on tech transfer is the best way to manage such supplier relationships. It also serves companies to know whether a product is being developed for commercialization or for an acquisition. Making those decisions ahead of time helps to know how to effectively work with contractors and suppliers.

"What I tell my staff is that I will focus on things that are six to 18 months away if you guys focus on stuff that it zero to six months away," Deschamps told the audience.