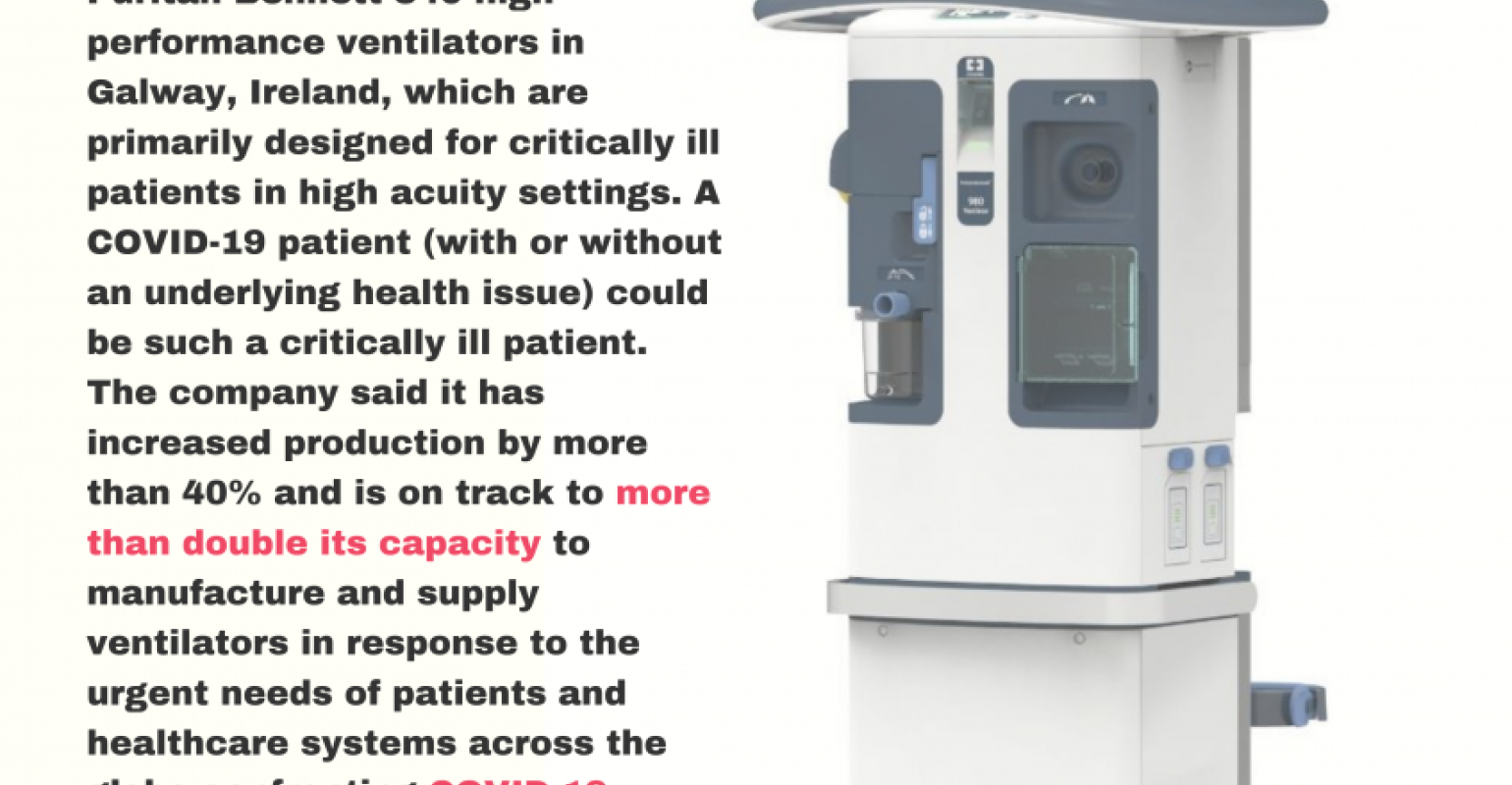 Medtronic released "additional facts" to explain that the failed ventilator program mentioned in the article happened before the company acquired Covidien, which had inherited the problem through an earlier acquisition.

A New York Times article about a failed attempt to boost the U.S. ventilator stockpile several years ago lacks important information, according to Medtronic.

The article, "The U.S. Tried to Build a New Fleet of Ventilators. The Mission Failed," provides a deep dive into a contract between the federal government and a company known at the time as Newport Medical. That company was acquired by Covidien, which in turn was acquired by Medtronic in 2015.

Medtronic issued a statement Sunday in response to the article, which outlines the company's "understanding of the facts" regarding the contract in question. The company emphasized that it did not purchase Covidien until nearly three years after the contract dissolved.

In 2010, Newport Medical, a small ventilator company located in California, entered into a contract with the U.S. government to develop a new fully featured, mid-level ventilator at a cost of $3,000 (a drastic price reduction compared to the going rate at the time, which was in the ballpark of $10,000). The contract required that the ventilator be capable of use in neonatal through adult populations. The three-year contract was initiated on Sept. 24, 2010 with an expected completion date of Sept. 23, 2013.

Covidien was aware of Newport's contract with the government prior to buying the company, and had some concerns from the start, according to Medtronic's account of the situation.

"Covidien learned that Newport’s work on the ventilator design for the government had significant gaps between what it had promised the government and what it could deliver – both in terms of being able to achieve the cost of production specified in the contract, and product features, and performance," Medtronic noted. "Covidien management questioned whether Newport’s ability to complete the project as agreed to in the contract was realistic."

Covidien management tried to fill the gaps in Newport's capabilites but was unsuccessful. "They were not able to deliver a product close to the target cost of manufacture required by the contract specifications. In addition, the company was unable to secure FDA approval for use in neonatal populations – a contract requirement," Medtronic said.

The contract was canceled in November 2013. The government retained ownership of all equipment, tooling, and intellectual property rights and the government awarded a new $13.8 million contract to Philips in 2015. According to the New York Times article, the government ordered 10,000 units of Philips' Trilogy Evo in December, and those machines are expected to be delivered soon.

In response to the coronavirus (COVID-19), Medtronic has ramped up production of its high-performance ventilators by more than 40%. The company’s employees are working around the clock across multiple shifts to produce as many of the devices as possible – from a production level of about 100 PB980 ventilators pre-pandemic to more than 225 vents a week to date. The company also has plans to double that again to more than 500 ventilators a week.

In addition, the company is working with third parties to explore other non-traditional mechanisms to increase production of ventilators, including providing its intellectual property and ventilator designs to the public for third-party ventilator production.