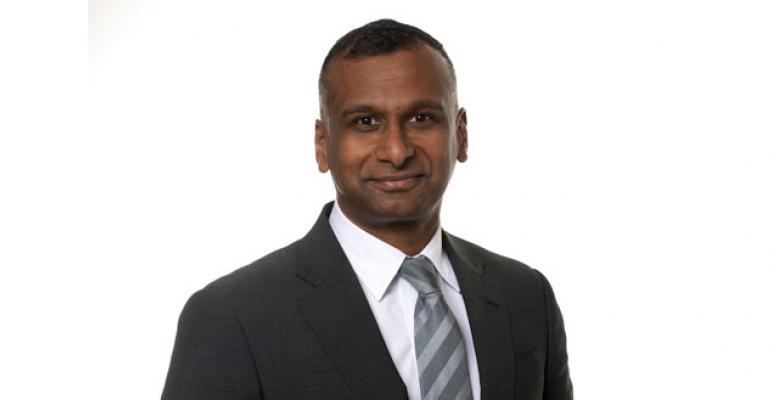 Namal Nawana will join Smith & Nephew as CEO in May. Most recently he was CEO of Alere before it was acquired by Abbott.
Namal Nawana is expected to take the reins in May, and he has a knack for business turnarounds.

Smith & Nephew has hired Namal Nawana as its new CEO, and he could be just what the company needs to keep activist investor Elliott Management Corp. at bay.

Nawana will replace Olivier Bohuon, who announced last year that he wants to retire this year. A day after Smith & Nephew announced Bohuon's plans to retire, reports surfaced that Elliott had built a stake in the company and had begun to pressure the company to shed some parts of its business. Nawana is expected to join the company May 7 and Bohuon will be available to provide advice and assistance during a transition period.

Nawana will receive a base salary of $1.54 million a year. He did not receive a sign-on bonus or buy-out award, the company noted.

The last company Nawana led was Alere, which Abbott acquired last year after a rather rocky courtship. He is credited with leading a successful turnaround at Alere. Similarly, he spent 15 years at Johnson & Johnson and in 2011 he became worldwide president of DePuy Synthes Spine, where he oversaw a transformation program that included substantial margin improvement and the integration of Synthes following its acquisition in 2012.

Given his track record for turnarounds, the announcement could re-fuel the Smith & Nephew takeout rumors that have swirled for the past few years.

Kyle Rose, a medtech analyst at Canaccord Genuity, said the announcement removes a near-term overhang of management uncertainty and adds an industry veteran to the management team and board. Rose said his team has not interacted with Nawana personally, but that his conversations with investors suggest the hire will be received positively given his background in orthopedics and execution at Alere.

Rose reiterated the firm's thesis that Smith & Nephew is "positioned to surprise investors in 2018 with a product portfolio capable of delivering accelerating growth and upside to profitability metrics. The analyst said he expects investor sentiment to "gradually turn more positive" through the first half of the year as the company continues to take share in key orthopedic markets, namely knees, rolls out new products, and the new CEO lays out his vision for the company.