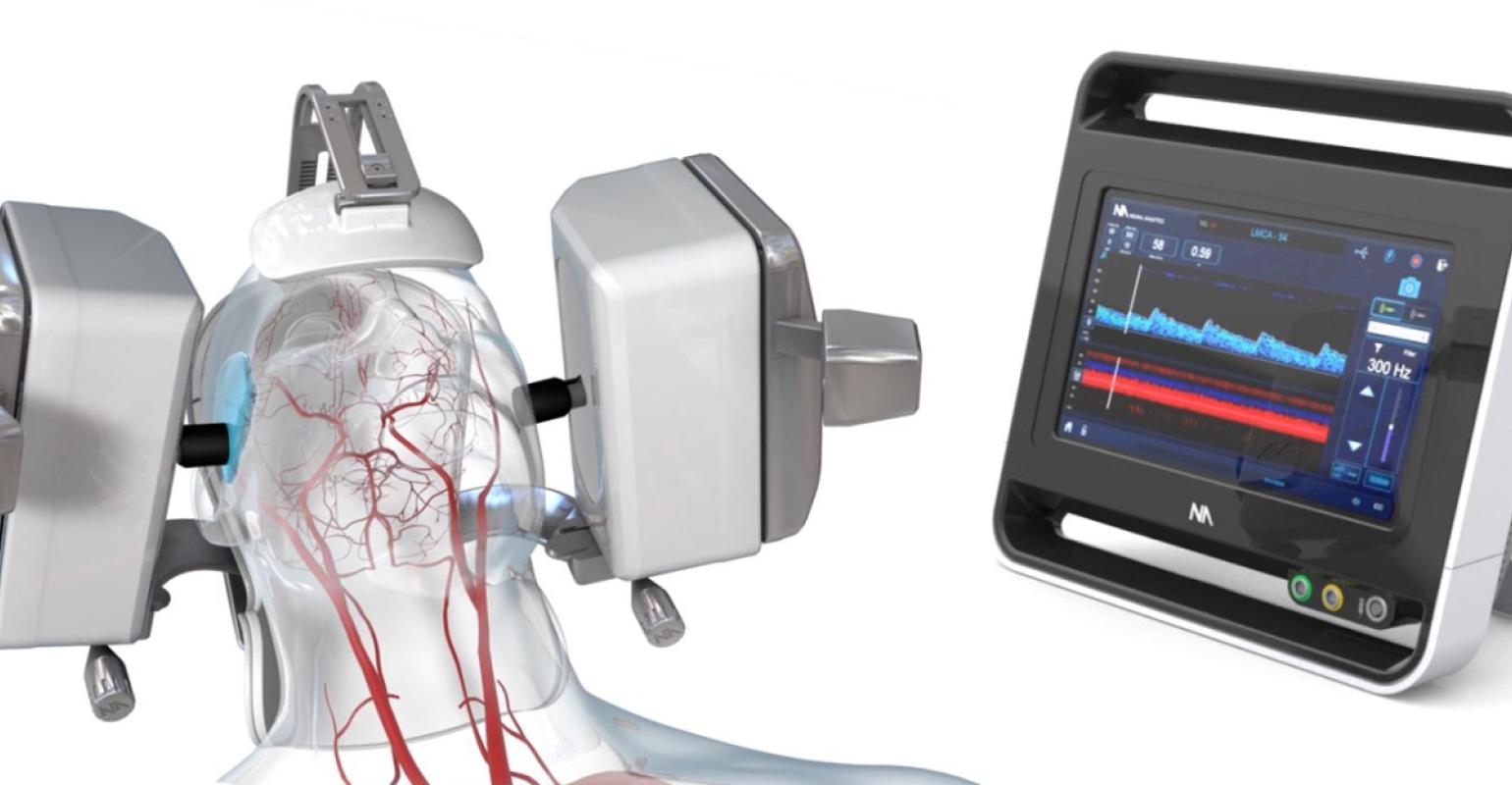 Neural Analytics has received CE mark and FDA clearance for a robotics-based ultrasound guidance system to observe blood flow to the brain.

Neural Analytics is bringing robotics to the world of ultrasound through its NeuralBot system. The Los Angeles, CA-based company said it has both CE mark and FDA clearance for the technology, which is an ultrasound guidance device to observe blood flow to the brain.

The firm said NeuralBot will be launched in both Europe and the U.S. throughout the course of next year.

“We have identified a number of clinical partners and sites that are excited to be early adopters of the system,” Loe Petrossian, PhD and CEO of Neural Analytics, told MD+DI.

Petrossian helped found the Neural Analytics in 2013. The private company has raised about $42 million since inception. Petrossian noted that the NeuralBot is prevalent because it addresses limitations in ultrasound.

“For any ultrasound modality to be valuable it has to be available,” Petrossian said. “Availability today with ultrasound imaging is restricted to environment where you have both the technician that knows how to operate it, and a physician that knows how to interpret it onsite. What the NeuralBot system does is it reduces the skill level requirement of an operator from that of being a skilled ultrasonographer, to that of being a medical professional that can be trained. The problem the system solves is it takes the value proposition of ultrasound and it makes available 24/7 in any clinical environment.”

Neural Analytics said its technology automatically adjusts orientation and position of its ultrasound products under the guidance of a healthcare professional. The company said when the NeuralBot is used with the previously cleared Lucid M1 Transcranial Doppler Ultrasound System, the device can assist clinicians to non-invasively monitor a patient’s brain blood flow characteristics and can provide information to diagnose a variety of neurological disorders.

Ten years ago, this technology probably wouldn’t have gone over well with clinicians, Petrossian said. He noted physician’s acceptance of robotics could help grow the robotic ultrasound market and lead to significant competition down the road.

However, TransEnterix received FDA clearance for its Senhance System – the first new market entrant in the field of abdominal surgeries since da Vinci received an FDA nod in 2000.

Google’s Verily and Johnson & Johnson’s Ethicon collaborated to form Verb Surgical. The joint venture is tasked with developing an AI-focused surgical robotics system. Dublin-based Medtronic recently announced a delay in its surgical system, which could be popping up in 2019 as opposed to this year.

“The best scenario that we could hope for is similar to that of Intuitive Surgical, whereby they operated in a standalone setting for a very long time – until they had developed and validated that model before others tried to enter,” he said.

Petrossian added, “Intuitive has really broken ground and gotten people to understand that robotics here in healthcare is here to stay.”

There is also an Artificial Intelligence application that is in development for the NeuralBot. The company is one of many firms diving headfirst into the AI market – a space that has experienced rapid growth recently.

“Outside the scope of what was FDA-cleared, or CE marked, within our research organization we demonstrated the ability for AI algorithms to automatically differentiate patients that have had a stroke from those who have not had a stroke…,” Petrossian said.

The company has also won government contracts to expand its technology to other disease states.

A Familiar Technology with a Futuristic Spin
Apr 03, 2017