HomeBusinessMeet the Bot That Could Slither Through Your Gut
Recent
What the Omicron Variant Could Mean for the Medical Device Industry
Nov 29, 2021
British Man Gets World's First 3D-Printed Eye
Nov 29, 2021
Acutus’s Revenue Takes a Beating in 3Q21
Nov 29, 2021
Plastec East Highlights Technology and Industry Trends
Nov 29, 2021

Meet the Bot That Could Slither Through Your Gut 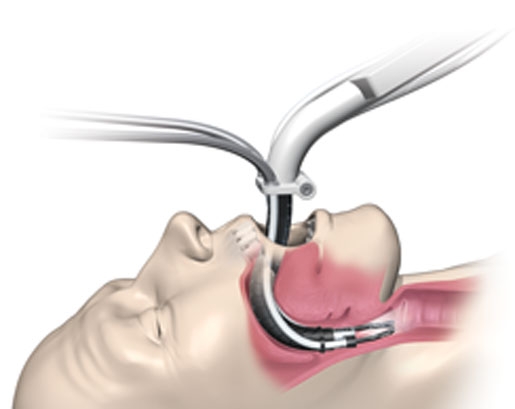 Medrobotics Corp. is taking its Flex Robotic System to places no other steerable robotic surgical platform has gone before: the human gastrointestinal system. The company received FDA clearance to market its Flex Robotic System for colorectal procedures, making it the first such system to reach the U.S. market for that indication. The technology, which has been described as slithering like a snake, is expected to give colorectal surgeons new treatment options that may not be possible with traditional instruments.

"The human gastrointestinal system is full of twists and turns, and rigid surgical robots were not designed to operate in that environment -- the Flex Robotic System was," said CEO Samuel Straface. "Two years ago Medrobotics started revolutionizing treatment in the head and neck. We can now begin doing that in colorectal procedures. Hospitals, surgeons, and patients will be able to enjoy the benefits of the world's only flexible, surgical robotic platform. It will easily integrate into hospitals due to its mobility and short learning curve."

The Flex Robotic System won a best-in-show prize from the 2016 Medical Design Excellence Awards, and a best new product award from the 2017 Edison Awards. The company has also attracted a healthy dose of support from the venture capital community, landing Medrobotics on a recent list of 10 device companies that scored big money from investors during the first quarter of 2017.

The system itself is a natural extension from the company's flexible robotic platform. It offers the ability to navigate complex areas of the body through a single, small entry point. Traditional procedures gain access through the mouth and anus, but this new system will allow for access through other natural orifices like the vagina, or even small incisions made in the abdomen. The system already received the CE mark for use in Europe in March 2014, and is currently in use on three different continents.

"We expect the Flex Robotic System will dramatically extend what surgeons are currently able to do," a company spokesperson told Qmed. "As you know, minimally invasive surgery has been shown to promote faster recovery, reduce length of hospitalizations, and have less trauma and pain for patients."

As surgeons start using the system, the spokesperson added, "we anticipate they will develop new uses and applications that benefit patients and improve care."

While robotics have long since been hailed as the future of cutting edge medical technologies, there has been some doubts over whether or not robotics remain the future of medicine. The elevated costs of both the equipment and clinical training continue to be a tradeoff for many emerging robotic technologies, while other concerns such as safety, and even job loss, continue to slow progression -- all of which this new system is designed to address.

As the company moves forward with the technology, it aims to roll out the system for U.S. colorectal procedures as early as this summer. Medrobotics also plans to develop additional applications for the technology to benefit other areas of medicine, including gynecology, urology, and other general surgeries.