Medtronic Rumored to Be Looking at a Deal with LivaNova 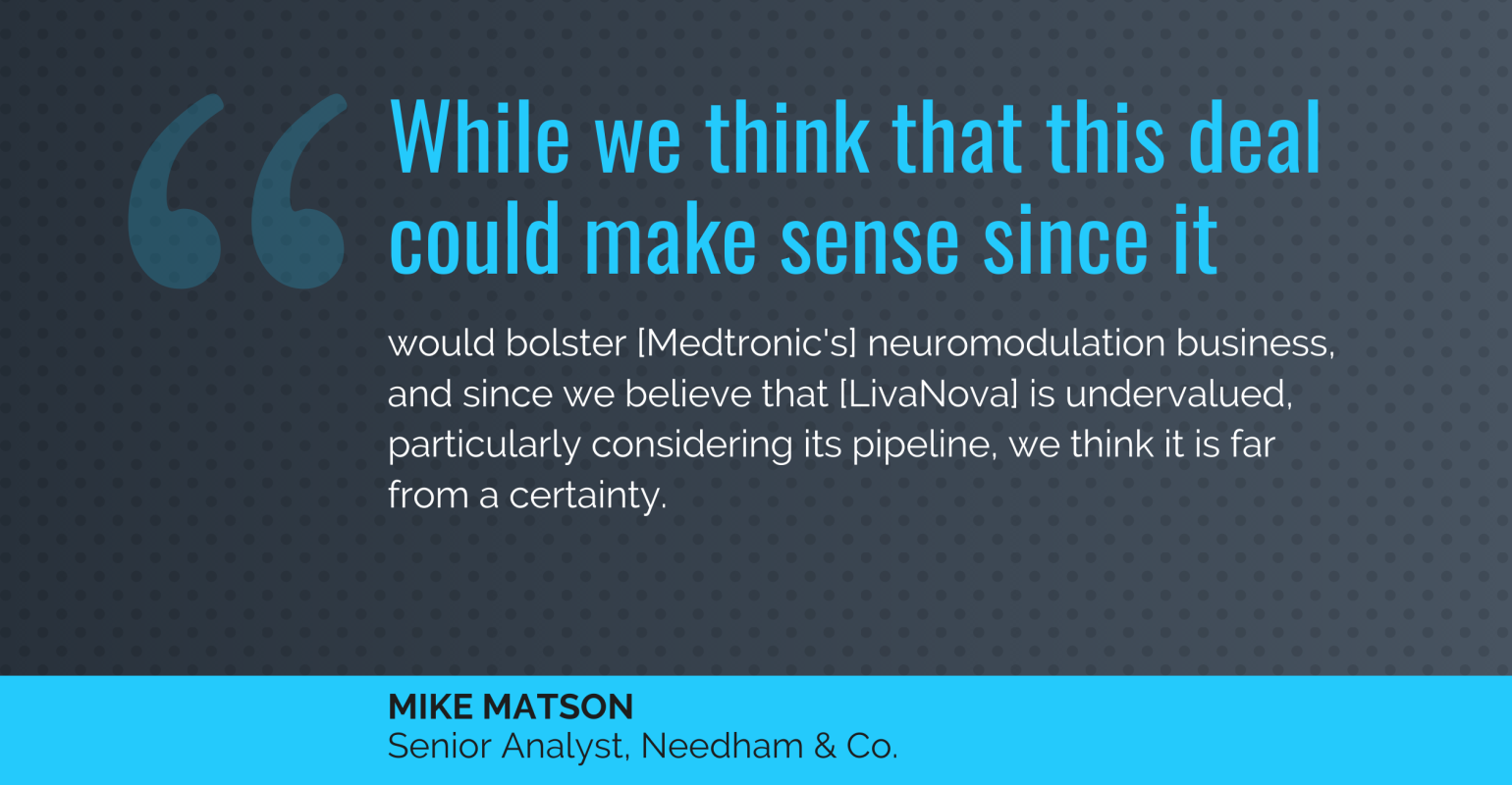 Mike Matson, a medtech analyst at Needham & Co., speculated on the potential Medtronic-LivaNova deal in a report issued Friday.
The deal is "far from a certainty" at this point, but a LivaNova buyout could be good news for Medtronic's neuromodulation business.

Reorg Research reported that Medtronic is in early-stage acquisition talks with LivaNova, news that has been well received by LivaNova shareholders. The firm said Medtronic would subsequently break up LivaNova, keeping its neuromodulation business and selling its cardiovascular business. The article does note, however, that Boston Scientific, Edwards Life Sciences, and Johnson & Johnson may also be interested in the London-based company.

Mike Matson, an analyst at Needham & Co., performed a sum-of-parts analysis that values LivaNova's cardiovascular and neuromodulation businesses separately. His analysis suggests that LivaNova's cardiovascular business is worth $1.4 billion and its neuromodulation business is worth $2.5 billion, putting the overall value at $3.9 billion.

"While we think that this deal could make sense since it would bolster [Medtronic's] neuromodulation business and since we believe that [LivaNova] is undervalued particularly considering its pipeline, we think it is far from a certainty," Matson said in a report issued Friday.

His analysis is based on the assumption that Medtronic would pay $4.4 billion ($85 a share) for LivaNova and divests the cardiovascular business for $1.4 billion. He estimated that the deal would then be less than 1% accretive to Medtronic's earnings per share in 2021.

"But the deal could prove more accretive over time if any of [LivaNova's] three major pipeline projects work out, since we believe that each of these could generate $500 million or more in sales," Matson said.

LivaNova has had many trials and tribulations in recent years.

Just last week the company entered into a research partnership with Verily Life Sciences, an Alphabet company, to evaluate the effectiveness of VNS therapy for difficult to treat depression. The collaboration comes a few short months after the company ended its transcatheter mitral valve replacement program because of continued declines in revenue from its valve business.