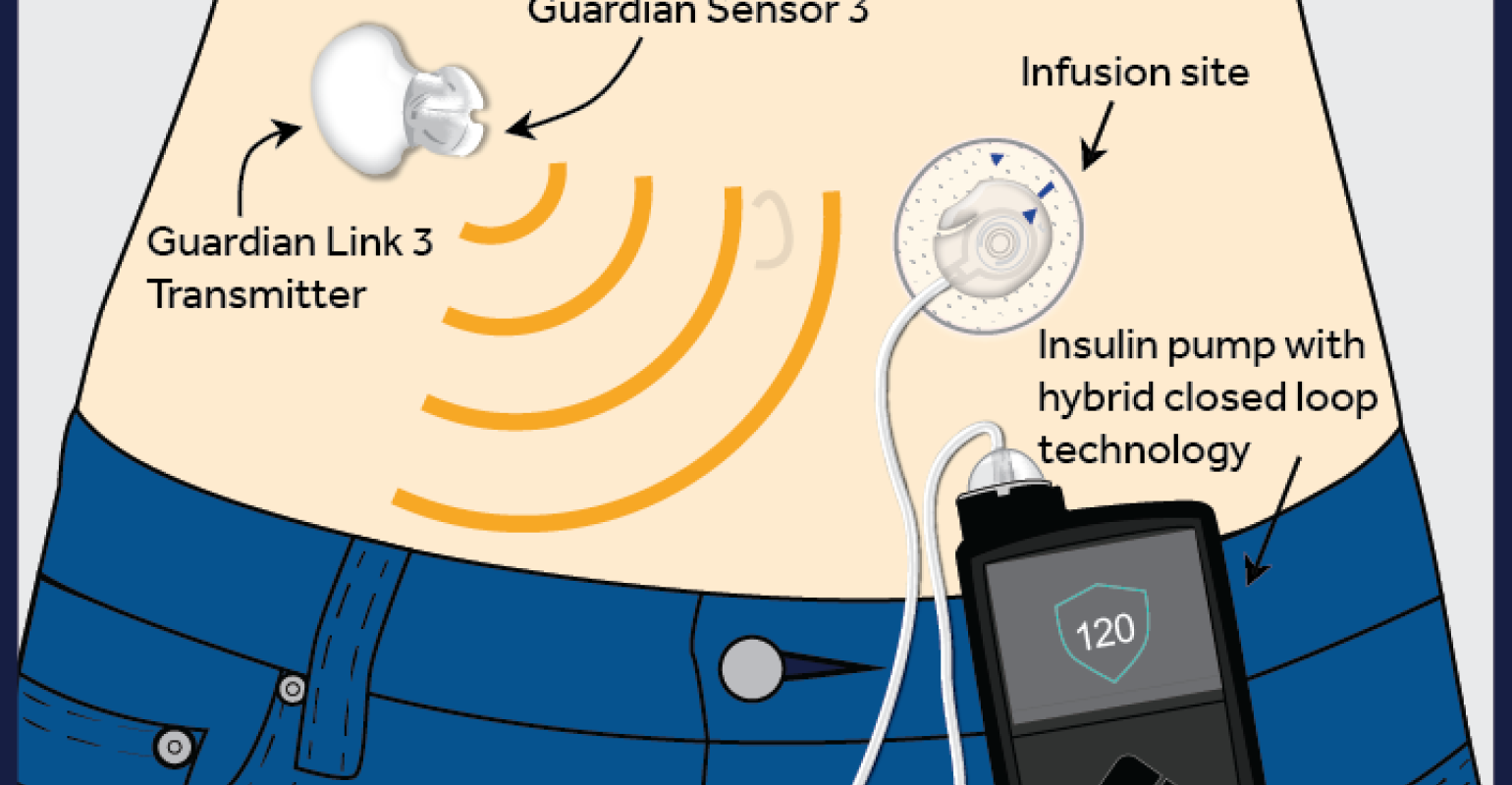 Medtronic plc
Medtronic's MiniMed 670g insulin pump system, which operates as a hybrid closed-loop system for insulin delivery, received earlier-than-expected FDA approval in 2016. Now the company has released an updated version of the system, the MiniMed Mio Advance, which is designed to make it easier for users to change infusion sets.

Medtronic Puts Insulin Needle Out of Sight, Out of Mind

The latest version of Medtronic's MiniMed Mio insulin infusion set uses a concealed needle so that users no longer have to see or come into contact with their insertion set needle.

Medtronic has launched the latest version of its MiniMed Mio insulin infusion set in Canada, Hong Kong and parts of Europe.

The MiniMed Mio Advance is an update of the MiniMed Mio, introduced in 2010 and designed to deliver insulin from an insulin pump to the body. The Mio Advance should make changing infusion sets quicker and easier, according to the company.

Diabetic patients who use insulin pumps generally change their infusion set every two or three days, selecting different insertion sites to prevent skin breakdown and maximize insulin absorption. Thin plastic tubing included in the set comes in varying lengths to reach different sites, such as the abdomen, thigh or buttock. The Mio Advance uses a concealed needle to insert a cannula -- a small, tapered tube at the end of the infusion set tube -- under the skin to deliver insulin.

“The cannula remains and delivers the insulin from the pump,” explained Danielle Swanson, spokeswoman for the Medtronic Diabetes Group in an email to MD+DI Qmed. “With no exposed needle at any point during insertion, users no longer have to see or come into contact with their insertion set needle.”

The Mio Advance has a pre-loaded, disposable, single-use inserter that enables patients to change infusion sets without carrying a separate inserter. It may also be used one-handed, and has the flexibility to access hard-to-reach sites such as the lower back, Swanson said. The four-step insertion process could also make for easier and faster training and less troubleshooting for medical providers, according to Medtronic.

Unomedical, part of ConvaTec, is the manufacturer and developed the technology. The company also makes the MiniMed Quick-set, MiniMed Silhouette, MiniMed Sure-T and MiniMed Mio for Medtronic.

Medtronic had a shortage of sensors for insulin pumps in summer 2017. Swanson said the supply shortage was driven by a strong global demand for the sensors as a result of greater sensor awareness, adoption, and use, particularly given the enhancements the company has introduced to improve performance.

"As soon as we became aware of the increased demand, we immediately initiated plans to increase our manufacturing capacity with new and expanded lines, and additional shifts that are operating around the clock. However, ramping up production, particularly for sensors, isn’t something that can be executed quickly due to the complexity of the components involved and the regulatory certifications required of the manufacturing process," Swanson said. "With that said, our sensor manufacturing has been continuously improving over the last few months and as a result, we are now onboarding new customers."

The new Mio Advance has a CE mark and is available in Italy, Finland, United Kingdom, France, Sweden, Denmark, Switzerland, Belgium and the Netherlands. Medtronic will be seeking FDA approval, Swanson said.