Is Medtronic In Cahoots With A Patent Troll? 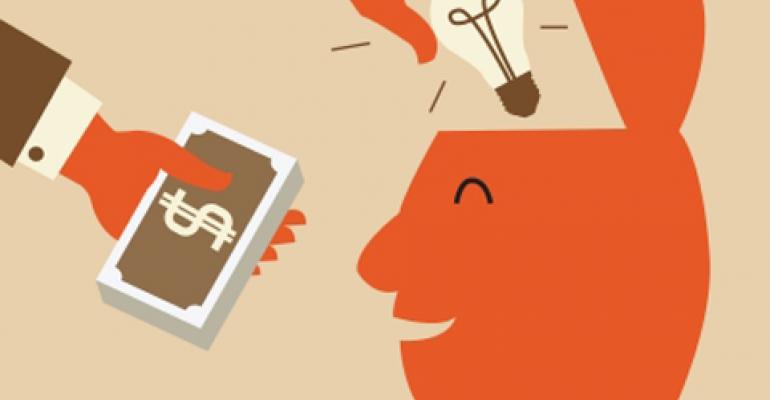 Patent assertion entities or patent trolls have been making some waves in medtech, and one of them appears to have close ties to one of the most recognizable names in the device industry.

Patent assertion entities or patent monetization firms—sometimes called patent trolls—have been wreaking enough havoc in the high-tech world that Congress considered legislation, albeit unsucessfully. Since last year, the medtech industry is getting a taste of them as well.

One such entity has been targeting several orthopedics firms, including industry giant Stryker. And it appears to have ties to one of the most prominent medical device companies in the world: Medtronic.

Generally, patent trolls are lone individuals or small groups that try to assert obscure patents. To do so, they send letters to innumerable companies requesting small payments to simply go away, rather than incur the expense of going to trial, explained patent attorney Jake Holdreith in a presentation at the IBF Medtech Conference in May in Minneapolis. Holdreith is partner at Robins, Kaplan, Miller & Ciresi and was talking in general about the advent of these entities in medtech, and did not refer to any particular case.

He noted that in the medtech world, labeling well-financed, patent assertion firms as trolls would not only be a misnomer, it would underestimate their sophistication and ability. These firms are like high-tech patent trolls in that they don’t make or sell anything based on the patents they own and simply exist to get licensing fees or payouts. But the similarities end there.

“The folks I am talking about today are very selective,” he said. “They are picking high-quality patents. They are targeting very specific technology that’s on the market and they are not looking for a quick hit. They are patient. They are looking for a big multiple of what they put down to buy the patents. They absolutely are capable of and intend to take the patents through trial and collect a verdict if they need to.” However, they would prefer to do a licensing deal, he added.

“It’s not to say that it’s not behavior that many people find unpleasant and destructive, but it’s a different model,” he said.

Others choose not to make such a distinction. In an article titled, “Patent Trolls Invade Medtech,” David Dykeman, a patent attorney with Greenberg Traurig, and colleague Michael Cohen, describe this phenomenon of such nonpracticing entities suing firms, calling particular attention to Delaware entity Orthophoenix LLC. The company has sued eight orthopedics firms, including Stryker. One case involving Globus Medical and Soteira has settled.

Orthophoenix was created on April 25 of last year. The very next day, it bought "500 patents and applications" related to Kyphon technology from Medtronic, according to the complaint Orthophoenix filed against Stryker in October.

Kyphon, of course, is the spine technology company that Medtronic acquired back in 2007 for roughly $4 billion and was the signature deal under former CEO Bill Hawkins.

According to court documents filed by Stryker, Orthophoenix is led by Erich Spangenberg, CEO of IPNav, a known patent assertion entity. Spangenberg and his tactics were profiled in a New York Times article last year.

In court documents, Stryker states that Orthophoenix contacted the company soon after its incorporation and, when talks went nowhere, sued Stryker on Oct. 1. In a June 13 filing, the orthopedics powerhouse stated that it is now ready to present oral arguments regarding a motion in which it requested to include Medtronic and IPNav as codefendants in its counterclaims against Orthophoenix.

In that motion, which was filed in May, Stryker alleged that: “Orthophoenix, IPNav, and Medtronic engaged in concerted activity affecting interstate commerce including, but not limited to, substantial efforts to assert knowingly invalid and/or noninfringed patents against competitors such as Stryker in an effort to unfairly and illegally restrain trade in violation of antitrust laws.”

The motion also alleges that, “Stryker believes that discovery will show that as part of this transaction or a related transaction, Medtronic has received or will receive additional consideration for these patents based on their licensing or assertion by Orthophoenix and/or IPNav.”

Medtronic representatives also did not respond to an email request for response to the Stryker allegations. A Medtronic spokeswoman previously declined to answer questions about the company’s relationship with Orthophoenix, IPNav, and the sale of Kyphon patents, only stating: “Medtronic, at any given time, may sell its patents for a variety of reasons. We do not discuss the details of those transactions.”

By all measures, the multibillion-dollar Kyphon acquisition has not panned out for Medtronic and was reportedly one reason for the ouster of Hawkins.

In fact, Medtronic has stopped reporting on its Kyphon segment entirely, according to Glenn Novarro, an analyst with RBC capital markets. In both fiscal 2013 and 2014, which ended in late April, Medtronic noted that the business has declined. In fiscal 2013, Core Spine revenue, which includes balloon kyphoplasty, fell to $2.6 billion from $2.64 billion in fiscal 2012. In fiscal 2014, the business fell further to $2.57 billion.

Over the years, in annual reports and quarterly earnings, Medtronic has regularly noted that excluding balloon kyphoplasty, the Core Spine business has actually seen low, single-digit growth. In a June 5 analyst meeting, however, executives told analysts that the Kyphon business would stabilize and even gain share in the future.

If Stryker is successful in including Medtronic in its counterclaims alleging that the firm has violated antitrust laws, this will not be the first time that Medtronic will be a defendant in such a lawsuit. In 2010, CareFusion sued Medtronic and Kyphon, seeking relief from what it claimed was, “anticompetitive, predatory, exclusionary, and/or inequitable conduct in violation of the antitrust laws of the United States.” The case later settled.

What’s even more interesting is that in litigation between Kyphon and Medtronic prior to the 2007 acquisition, Medtronic declared in court documents that the Kyphon patents were unenforceable and invalid, according to Stryker’s court documents filed in the Orthophoenix case. Some of these very patents are involved in the current dispute with Orthophoenix, Stryker added.

So, why doesn’t Medtronic sue companies directly if it believes patents have been infringed?

“I don’t know what the financial relationship [between Medtronic and Orthophoenix] is, but my guess is that Medtronic probably doesn’t want to go out and sue a bunch of competitors and so they are offloading to IPNav,” said Brian Horne, an IP attorney with the medical devices group at Knobbe Martens. “Orthophoenix sounds a lot more like a medical device company than IPNav, so if you are going to be a plaintiff in a lawsuit, you’d rather be called Orthophoenix than ‘I buy patents and use them to sue people LLC.’”

Horne worked on an initial response from one of the eight companies sued by Orthophoenix; however, he declined to identify the firm. Lawyers representing Orthophoenix did not respond to requests for comment.

The particulars of Medtronic’s relationship with Orthophoenix are unknown. However, Holdreith shared his general assessment of relationships between these nonpracticing entities and sellers of patents, given the handful patent assertion cases he has seen over the last few years.

“There are, like, 10 instances of these transactions in the life science space so far—big significant ones—and we don’t know everything about them,” he said. “Far from it. These are early indications of generalizations, but … I believe in most cases, if there’s an extraordinary recovery, the seller does get a piece of that.”

In other words: If Orthophoenix’s patent assertion campaign is successful and it is able to make more than it paid to buy the Kyphon patents, it is more than likely that Medtronic will get a cut of that money.

Orthophoenix’s case involving Globus Medical and Soteira has settled, the details of which are unknown. But it’s not yet clear how it will fare against some of its heftier defendants such as Stryker and Wright Medical.

Meanwhile, the advent of patent assertion entities or trolls in medtech is going to upset the apple cart as it relates to patent wars.

“The reason there isn’t more patent litigation in the device industry, in my opinion, is because everybody’s got patents facing each other,” Holdreith said. “There is a lot of cross licensing and a lot of mutually assured destruction. The advent of patent assertion entities in medtech fundamentally upsets that balance—or it could.”