HomeBusinessMedtronic Buys Yet Another Company Signaling it Has Money to Burn
Recent
ClariMed Focuses on Human Factors
Jan 30, 2023
Medtech in a Minute: Garmin Shakes Things up in Wearables, and More
Jan 30, 2023
Hold onto Your Ostomy Bags, I'm About to Blow Your Mind
Jan 30, 2023
Plotting a Path for Tissue Reconstruction
Jan 29, 2023
Intuitive Shares Tank After Next-Gen Multiport Delay
Jan 27, 2023
23 Private Medtech Companies That Will Slay in 2023
Jan 27, 2023
This Week Last Year in Medtech: Jan. 22-28
Jan 26, 2023
Curapath Gets AEMPS Drug Manufacturing Thumbs Up & Other Supplier News
Jan 26, 2023

Medtronic Buys Yet Another Company Signaling it Has Money to Burn 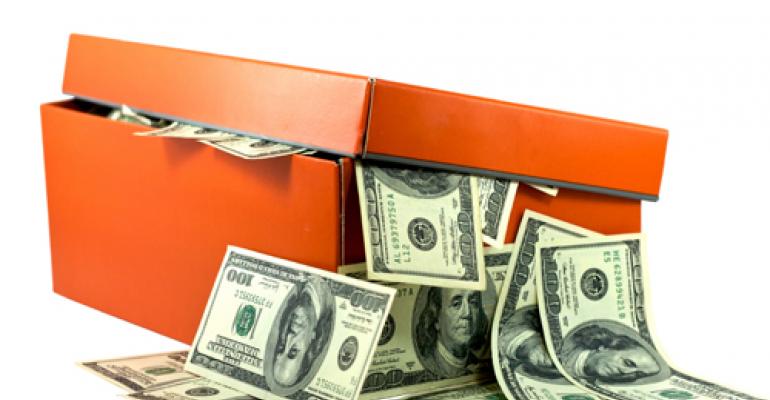 Many believed Medtronic would slow down its M&A activity after buying Covidien. Has that happened?

Many believed Medtronic would slow down its M&A activity after buying Covidien. Has that happened?

A recurring sentiment from medtech experts after Medtronic announced that it would buy Covidien for $50 billion was one of apprehension.

It's not good for startups that one of the most active buyers was taking on such a major acquisition, they said. Venture capitalists and others bemoaned the fact that the new Medtronic would probably be slower in making acquisitions. They were also concerned that the megamerger necessarily meant the demise of Covidien as a buying entity. Covidien too was a prolific investor.

But Monday's announcement from Medtronic — it is buying RF Surgical Systems for $235 million -— the latest in a string of purchases refutes the notion that Medtronic is shying away from deals.

Since June 2014, when the Covidien purchase was announced, Medtronic has made eight acquisitions as well as invested in one with the option to acquire it when milestones are met, according to a review of press releases on its website.

Terms of some of the deals are undisclosed, but those that are show that the company is paying a cumulative $988 million for six deals.

"You are right that despite the size of the [Covidien] deal, it doesn't seem to have slowed down the pace of Medtronic's acquisitions," wrote Venkat Rajan, industry manager for medical devices with Frost & Sullivan, in an email.

Further, before the Medtronic-Covidien deal was approved by regulators, and presumably under the auspices of Medtronic, Covidien acquired Sapheon, a developer of venous disease treatments, for an undisclosed sum.

In May, the Wall Street Journal reported that Omar Ishrak, Medtronic's CEO, is scouring China for deals in that Asian nation. Medtronic made its first acquisition in China in 2012.

Perhaps the access to overseas cash is helping Medtronic buy companies at home and abroad.

RF Surgical Systems has a RFID technology to prevent sponges, gauzes or towels from being left inside of surgical patients. Medtronic snagged it for $235 million.

The deal goes the heart of the strategy behind these newer acquisitions by the Irish device company. Newer deals are sometimes focused on Medtronic's goal of becoming a broader player in a particular disease state — for instance, the acquisition of Diabeter, a Dutch clinic, which marked Medtronic's debut into an integrated care model.

And at other times, the acquisitions are specifically designed to help hospitals become more efficient and save money — the acquisition of RF Surgical Systems and that of NGC Medical in Italy, which manages hospital's cath labs, are examples of the latter strategy.

Given the shift of the healthcare paradigm from volume to value, such a move by Medtronic is not surprising.

"I think the leadership at Medtronic has a very specific vision for how they see their company creating value for customers in the next five-to-10 years," Rajan said. "Accordingly, they are being aggressive in remaking their technology portfolio to fill in gaps or gain entry into new opportunities."