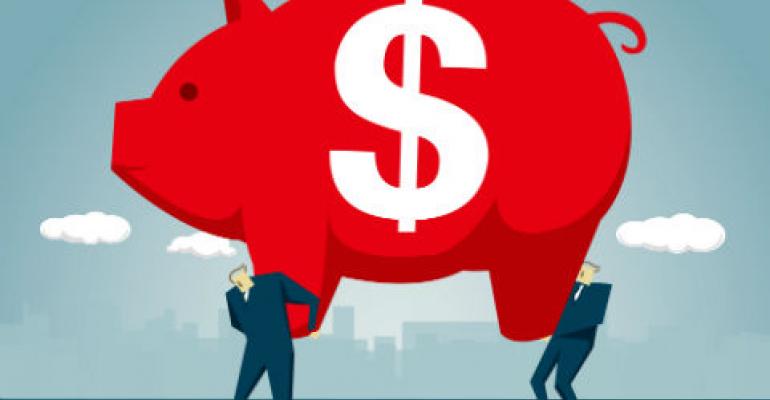 Pushed by healthcare reform, medtech companies like Medtronic are taking the leap to sign risk-sharing agreements with hospitals to prove value of their products and services.

At the annual conference of AdvaMed, the device industry's advocacy group in Chicago in October, a hospital consultant rued the fact that device makers were not entering into risk-sharing contracts with hospitals, something that pharma companies were doing more often.

Risk-sharing contracts generally aim to reward vendors for providing products that show value through some agreed upon metric such as reducing costs for a process or product used in hospitals or improving patient outcomes. If those goals are not met, the vendors and hospitals both lose. While more common in the pharma world, healthcare reform is now pushing medtech to reinvent their business models and assume more risk.

One company that appears to be embracing the change is Medtronic.

On Tuesday's earnings call, Gary Ellis, the company's chief financial officer, said that Medtronic had entered into a risk sharing contract with a U.S. hospital involving its Tyrx absorbable antibacterial envelope. The mesh device is used to hold a pacemaker and ICD in a stable environment and release antimicrobial agents over a period of seven days when chances for an infection related to the surgery are high. The drug/device combination product is approved both in the United States and in Europe.

Ellis didn't name the hospital with which the contract has been signed, but noted that other hospitals are also interested in signing similar contracts.

"While I can’t provide specifics from the contract we mentioned that we’ve signed, you are correct in stating generally that when the outcomes around infection control are achieved, both the hospital and Medtronic benefit (same would be true if the outcome isn’t met)," explained Cindy Resman, in an e-mail, in response to question.

Medtronic acquired Tyrx in January 2014 for $160 million and the potential for additional milestone payments.

Resman said that the Tyrx contract is not the first risk-sharing deal that Medtronic has entered into with a hospital, but declined to mention which other cardiovascular products are involved.

She added that Medtronic is also pursuing risk sharing contracts involving another product that also came through an acquisition - Cardiocom, which the Dublin company acquired in August 2013 for $200 million. The company provides telehealth services to remotely monitor heart failure patients and alert providers if their symptoms worsen.

While no risk sharing contract involving Cardiocom has been executed yet, it is not surprising that Medtronic wants to get hospitals to use them for cardiac patients. Hospitals are keen to reduce the frequency of readmissions of heart failure patients given that Medicare penalizes them financially if a heart failure patient is readmitted in the hospital within 30 days of being discharged.