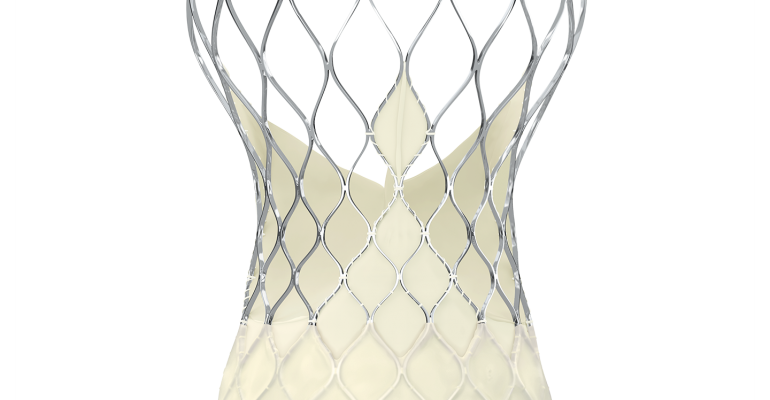 Medtronic continued to strengthen its TAVR story with 5-year-data recently presented at ACC18. The company is battling it out with Edwards in the U.S. market, while Boston Scientific seeks to find footing after delaying commercialization of the Lotus Edge valve.

A pair of studies support the long-term use of Medtronic’s CoreValve transcatheter aortic valve replacement (TAVR) system. The Dublin-based company unveiled results from both the Nordic Aortic Valve Intervention Trial (NOTION) and the CoreValve U.S. Pivotal Extreme Risk Study at the American College of Cardiology 67th Annual Scientific Session (ACC) this past weekend.

NOTION is a physician-initiated trial that studied an all-comers population of 280 patients at least 70 years old. Patients in the trial were randomized to either Surgical Aortic Valve Replacement (SAVR) or TAVR procedures.

Results at five-year follow-up from NOTION showed similar rates of all-cause mortality (27.7% for both TAVR and SAVR). The study also showed superior hemodynamic performance for TAVR, with a mean aortic valve gradient of 8.22 mmHg compared to surgery (13.71 mmHg.)

“These five-year outcomes of the NOTION data add to the mounting body of longer-term evidence supporting the effectiveness of TAVR,” said Gustav Thyregod, M.D., Ph.D., cardiac surgeon in the department of cardiac surgery at The Heart Center, Rigshospitalet, in Copenhagen, Denmark, and presenter of the NOTION data at the meeting. "We're pleased to see the strong hemodynamic performance maintained over time without any indication of valve deterioration."

Data from the 489-patient study showed those implanted with the CoreValve system maintained a notable improvement in quality of life and sustained low mean gradients (7.63 mmHg).

“It’s important to note that this was the first U.S. IDE cohort of patients ever to be treated with the self-expanding CoreValve TAVR system, and these patients were too sick to receive a surgical valve replacement. TAVR was their only option,” Joey Lomicky, a spokesman for Medtronic, told MD+DI. “The five-year outcomes presented at ACC indicate the surviving patients in the trial continue to do well, maintaining a notable improvement in quality of life and sustained low mean gradients.”

Medtronic and Edwards Lifesciences are the two main TAVR competitors in the U.S. market. Irvine, CA-based Edwards was the first company to populate the space, gaining FDA approval for the Sapien valve in 2011.

Medtronic entered the TAVR market through its $700 million acquisition of Irvine, CA-based CoreValve in 2009. The CoreValve System was launched in the U.S. about four years ago, and the CoreValve Evolut R System became the first recapturable and repositionable TAVR device approved in the U.S. for severe aortic stenosis patients at a high or extreme risk for surgery in 2015.

Last month, Edwards fired back and received CE mark for the Centera valve to treat severe aortic stenosis patients at high risk for surgery. Edwards said it could begin a U.S. pivotal trial for Centera sometime this year.

During a February earnings call, Omar Ishrak, Medtronic’s president and CEO, pointed out the company’s growing success with TAVR.

“In TAVR, [Medtronic] grew in the low-30s with mid-20s growth in the U.S. and low-40s growth in international markets driven by the strong global demand for Evolut PRO valve and expanded indications for use,” Ishrak said, according to a transcript from Seeking Alpha.

Boston Scientific was close to becoming a third TAVR competitor in the U.S. market, but that all changed when the Marlborough, MA-based company delayed commercialization of its Lotus Edge Valve in February.

The Lotus Edge Valve had been plagued with problems for more than a year. In early 2017, Boston Scientific pulled all of its Lotus valves from the European market based on reports of a mechanical mishap with a pin connecting the valve to the delivery system.

However, Boston Scientific has another TAVR option through its $435 million acquisition of Symetis.

There has been speculation that Boston Scientific would abandon the Lotus Edge and move onto the Symetis valve. Company executives have shot down such notions.