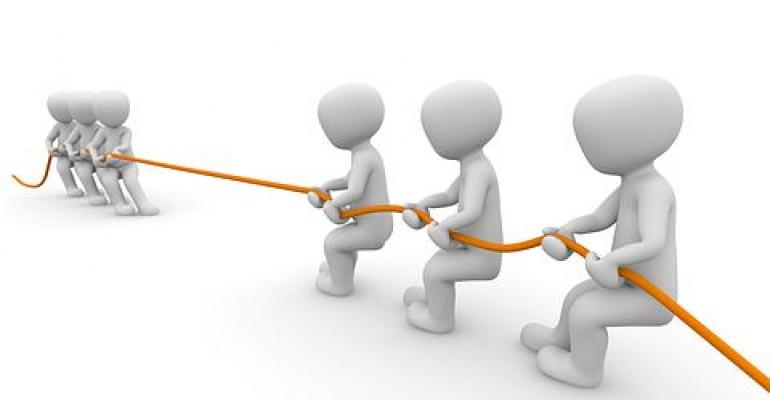 Medtronic and Axonics are getting ready to square off in sacral neuromodulation, a fast-growing market that was monopolized by Medtronic until a month ago.

Last month, Axonics won FDA approval to market its implantable rechargeable sacral neuromodulation (r-SNM) device for the treatment of fecal incontinence, and the company is expected to get FDA approval for overactive bladder and urinary retention any time now. The fecal incontinence approval includes the claim of a 15-year functional life and the ability of patients to undergo full-body MRI scans without the necessity of having the device explanted.

Medtronic announced this week that it has filed a pre-market approval (PMA) supplement with FDA for its InterStim Micro neurostimulator as well as its InterStim SureScan MRI leads. Like Axonics' system, the InterStim Micro is a rechargeable, implantable sacral neuromodulation device designed to treat patients affected by overactive bladder, urinary urge incontinence, unobstructed urinary retention, and fecal incontinence. The SureScan leads, which will be used in future implants of the recharge-free InterStim II system and rechargeable InterStim Micro system, are designed to provide full-body 1.5 and 3 Tesla MRI conditional labeling, pending FDA approval.

The rechargeable InterStim Micro device works by sending electrical impulses to the sacral nerves, normalizing the connections between the brain, bladder, and bowel. It is three cubic centimeters in volume – 80% smaller than Medtronic's current recharge-free InterStim II neurostimulator – and could reduce the need for battery replacement surgeries due to its life of 15 years. Additionally, the SureScan full-body conditional MRI leads will enable patients to undergo imaging procedures that were not previously indicated under the current FDA approval for the InterStim II system.

Medtronic had previously started the submission process for the newer device in Europe, and the company anticipates having approval there as early as January 2020, said Brooke Story, vice president and general manager of Medtronic's pelvic health and gastric therapies business, which is part of the company's restorative therapies group.

In the U.S. market, based on the standard 180-day review process, Story said the company anticipates having FDA approval for the InterStim Micro device and InterStim SureScan MRI leads in the spring of 2020 (as early as March or as late as June, depending on what questions FDA has about the submission). In other words, U.S. physicians and patients could have access to the latest InterStim technology six to seven months from now.

The good news for both companies is that analysts are expecting to see fast growth in the sacral neuromodulation market as these newer devices become available. Morgan Stanley projects the market will grow by about 12.5% by 2021, the firm's medtech analyst David Lewis noted in an Oct. 7 report.

"We welcome the competition, to be honest, I think it's good for customers and patients, but I feel really strongly that customers are going to continue to choose Medtronic," Story said. "When we think about sacral neuromodulation and really advanced therapies in general for overactive bladder, we will have the most comprehensive offering on the market."

In addition to InterStim, Medtronic offers a percutaneous tibial neuromodulation system delivered by its Nuro System for overactive bladder.

Also, once InterStim Micro is on the market in the United States, the company will be offering both a rechargeable and a recharge-free opportunity, and Story said it is important to offer both options in this space.

"Frankly, recharging is not for every patient and that's okay," Story said. "We've seen that in our pain stimulation space, we've seen that across the markets we've worked in, and we hear from some of our customers who are saying, 'hey, I have some patients who really struggle to be compliant with the drug, I don't know that they are really a patient that wants to be compliant with recharging every week,' and we say that's fine, we have an opportunity for that with the recharge-free InterStim II with MRI. So we get this comprehensive offering, which we think is a huge advantage."

Story also pointed out that Medtronic has submitted for both 1.5 and 3 Tesla MRI conditional labeling, whereas Axonics has only submitted for 1.5 Tesla labeling.

Then there's the issue of size.

“Our ultimate goal is to provide safe and effective treatments to patients affected by bladder and bowel dysfunction, and ensure they have a choice in selecting the most appropriate therapy for their unique situation," she said.

"If we consider the millions of women who are suffering in silence with bladder and bowel dysfunction, we believe the market opportunity for Axonics goes well beyond the existing approximately $650 million of revenue that is currently being generated by the incumbent's non-rechargeable SNM device," Axonics CEO Raymond Cohen said. "We believe the number of patients seeking SNM treatment will expand dramatically over the next few years, given our fuss-free, long-lived, full-body MRI-compatible device. In the months prior to FDA approval, we invested significant time and resources in building inventory to support our fully trained, U.S. commercial team which now includes 145 territory managers, clinical support specialists, and sales managers strategically located around the country.”

That puts Axonics' sales force in this space on par with Medtronic's roughly 150-person salesforce in the space, Cohen said during a Sept. 9 conference call.

"Every single customer that we will be calling on and hopefully convert to implant the Axonics product for their patients, we believe that each individual physician has the ability to increase the number of procedures they're doing and have patients say yes more often to sacral neuromodulation," Cohen said. "We're giving people reasons to want to do this therapy, right? We have got a long-lived device for a chronic problem so you no longer have to make a decision between either suffering or having to sign up for multiple surgeries over your lifetime or be concerned that if you need an MRI on your back or your legs or somewhere else on the trunk of your body you have to get the device explanted and to have easy-to-use accessories and so forth. So the key is, we believe, that every single discussion that takes place with a patient who has urinary or fecal incontinence, the physicians are going to be able to offer a much more attractive alternative."

So if a typical doctor is doing 25 to 30 procedures a year, Cohen said, there's no reason why that physician can't at least double the number of procedures in their practice.

On a more near-term basis, Axonics also has a second-generation implantable neurostimulator, which Cohen said will be compatible with already-implanted Medtronic leads. That product, which is currently in the testing and validation phase of development, is expected to be in the market in 2020, he said.