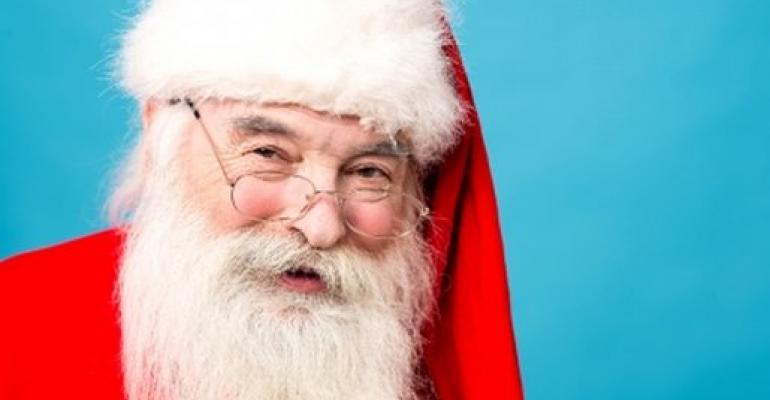 It would be a merry Christmas indeed if the medtech industry woke up to these things under the tree on December 25.

It would be a merry Christmas indeed if the medtech industry woke up to these things under the tree on December 25.

Christmas is a magical time of year when you can ask for something you want and stand a reasonable chance of actually getting it. In the spirit of the season, I compiled a wish list to send to the North Pole. Here’s what I’m hoping medtech will wake up to see under the tree on December 25.

Although the medtech funding picture has improved significantly over the past year or so, earlystage companies still have a tough row to hoe. The year started off with funding for early-stage medical device firms dropping 76% during the first quarter as compared with the same period in 2014, according to the MoneyTree Report from PricewaterhouseCoopers and the National Venture Capital Association. We saw somewhat of a rebound in Q2 and Q3, but early-stage startups need more cash to keep the industry’s innovation engine humming.

The megamerger mania that swept medtech last year must have been contagious, as this year some of the nation’s biggest health insurers have followed suit. In early July, Aetna announced its intention to buy Humana for $37 billion. Just a few weeks later, Anthem got in on the action, acquiring Cigna for $54 billion. A primary driver of these transactions, of course, is cost cutting, and fewer, bigger payers will be able to drive harder bargains. Both deals are still being reviewed by regulators, and groups such as the American Medical association have urged the U.S. Department of Justice to put the kibosh on them.

This past July, Democrats and Republicans in the House of Representatives came together in a rare show of bipartisanship to overwhelmingly pass the 21st Century Cures Act, legislation that could help jumpstart American medical innovation. The bill would pour an additional $8.75 billion into the National Institutes of Health over the next five years, provide an extra $550 million for FDA, and exempt user fees collected from the medical device industry from sequestration. It would also help the agency focus its efforts on regulating high-risk devices while fast-tracking technologies that diagnose the most serious diseases or conditions. The only problem? It’s currently stalled in committee in the Senate.

Earlier this year, I spoke with Phil Nachman, principal at Boston-area medtech recruitment firm Nachman BioMedical, who told me medtech is facing a shortage of workers in some positions. One way to ensure there are enough qualified candidates to go around, he said, would be to allow foreign students with visas to stay in the United States and work longer after their studies are completed. The U.S. Department of Homeland Security extended the time foreign students in qualifying science, technology, engineering, and math fields can stay in the country to work to 29 months back in 2008, but Nachman said many companies are still hesitant to hire such workers because of the risk that they won’t be able to stick around longer.

FDA has long been criticized for being too strict in regulating low-risk medical devices, but the agency has started to shift its stance in recent years. In a 2013 guidance document applauded by industry, FDA laid out its hands-off approach toward regulating mobile medical applications that pose little risk to patients. After reclassifying medical device data systems from Class II to Class I devices in 2011, the agency went a step further and deregulated hardware or software products that transfer, store, convert formats, and display medical device data altogether this past February. And in July, it exempted 120 low-risk device types—ranging from umbilical clamps to oscillometers—from premarket notification requirements. Deregulating low-risk devices saves manufacturers from jumping through unnecessary hoops and enables the agency to focus on high-risk devices that deserve more scrutiny.