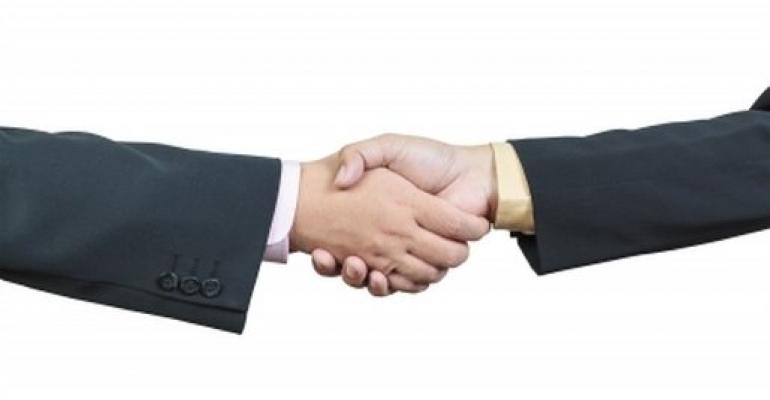 The most shocking megamergers may be behind us, but the trend toward consolidation in medtech continued last year.

While 2015 did not follow 2014 as a year of megamerger mania, there was merger and acquisition (M&A) activity in most medical device and diagnostic segments. There were several transactions over $1 billion in value—some of them transformational—and many smaller transactions by many of the major United States and foreign-based medtech companies as they sought to enhance their product portfolios and technology. As in recent prior years, private equity firms were involved in several transactions.

A large transaction in the cardiovascular space was Cardinal Health’s $1.9-billion (2.4x sales of $780 million) acquisition of Cordis Vascular, a leading provider of stents, interventional catheters, balloons, and guidewires. Cordis discontinued its eluting coronary stent business in 2011 after its products became obsolete due to advanced drug-coated stents produced by Medtronic, Boston Scientific, and Abbott Laboratories. The acquisition of Cordis is a major move by Cardinal as it implements its announced strategy to acquire producers of products in certain medical device segments—particularly those providing physician preference products in interventional cardiology, negative wound pressure, and orthopedics—where there is limited technology innovation or differentiation so it can sell products at prices in the range of 30% less than competitors.

Many Other Cardio Transactions

A large transaction involving another major cardio company was the merger of Italy-based Sorin SPA, a leading provider of medical devices to treat cardiovascular diseases, and Cyberonics, a leader in neuromodulation. The merger, with an combined equity value of $2.7 billion, created the new entity LivaNova, a global leader in the cardiac surgery and neuromodulation market and a leading innovator in cardiac rhythm management with a broad product portfolio and the opportunity to develop new innovative products applying the technologies of both companies.

St. Jude Medical, maker of an extensive portfolio of cardiovascular products, completed its biggest transaction ever with the $3.4-billion ( 7.1x sales of $478 million) acquisition of HeartMate producer Thoratec Corp., significantly enhancing it position in the heart failure treatment devices market. Thoratec is an established company with proven products in the global ventricular assist device (VAD) market with an estimated 60% market share. St. Jude also acquired Spinal Modulation Inc., a developer of neuromodulation devices for chronic pain. The company’s innovative dorsal root ganglion (DRG) stimulation therapy has been effective in treating conditions that cannot be successfully treated by traditional spinal cord stimulation (SCS), including chronic leg, foot, and groin pain. In 2013, St. Jude was granted exclusive distribution rights for the company’s systems in international markets, invested $40 million, and was granted an exclusive right to acquire the company.

Abbott significantly broadened its existing MitraClip Structural Heart Therapies business with two mitral valve transactions. The company acquired Tendyne Holdings Inc. for $225 million and provided capital and received an option to acquire Cephea Valve Technologies. Tendyne’s Bioprosthetic Mitral Valve System is an investigational device that FDA approved for a feasibility clinical trial, which has commenced, to provide data about the device’s safety and effectiveness. Cephea is developing a catheter-based mitral valve replacement therapy. The Tendyne and Cephea valve replacement devices are designed to be implanted in a beating heart, without the need for open-heart surgery.

Edwards Life Sciences also completed a mitral valve transaction with the acquisition of CardiAQ Valve Technologies for $400 million. CardiAQ’s mitral valve replacement system under development is catheter-based, as is the Fortis system Edwards Lifesciences is developing, and the stated hope is that by working together, the two companies will develop an effective, approved mitral valve replacement system. CardiAQ’s system has FDA IDE approval to conduct an early feasibility study of up to 20 patients, and the company also plans to initiate a CE mark study in Europe.

Koninklijke Philips NV (Philips), the diversified Netherlands-based global medical imaging market leader, acquired publicly-held Volcano Corp. for $1.2 billion. Volcano developed some innovative intravascular ultrasound (IVUS) and fractional flow reserve (FFR) systems, but its sales growth had been stagnant for the past three years as it lost market share to other suppliers, including Boston Scientific and St. Jude Medical. Philips, as the world’s leading medical imaging company, has distribution channels that should help accelerate the growth of Volcano products in the estimated $5-billion worldwide image-guided therapy market.

Two orthopedic transactions announced in 2014 finally cleared regulatory or other hurdles that could have tripped them up and closed in 2015. Zimmer’s $13.4-billion (4.2x revenues of $3.2 billion) acquisition of rival Biomet was a sea-change event for the orthopedics industry, creating a company with close to $8 billion in revenue and a broad portfolio of orthopedic products. The other transaction that finally closed in 2015 was the merger of Wright Medical Group and Tornier, with a combined value of about $3.3 billion.

Roche Holding completed several acquisitions in 2015. The largest was its $1-billion acquisition of a 56.3% ownership interest in Foundation Medicine, the leading provider of tumor testing procedures based on sequencing the genes of tumor samples to discover mutations that can assist in predicting which pharmaceuticals will be most effective for patients. Roche, the largest producer of cancer drugs, indicated that it would utilize the testing procedures in the development of drugs to better tailor them for use in treatment of specific types of patients. Also, Roche, which is a provider of many types of diagnostic products, will market Foundation Medicine’s testing products worldwide. Roche also acquired CAPP Medical, a developer of next-generation blood analyzers for monitoring tumor therapy responses. Another Roche acquisition, which illustrates its strong commitment to providing advanced molecular diagnostic products, was its acquisition of Ariosa Diagnostics Inc., a provider of noninvasive prenatal testing services, including a maternal blood-sample test to access the risk of Down Syndrome and other genetic abnormalities.

Boston Scientific substantially enhanced its Urology business with the acquisition of American Medical Systems, a provider of devices to treat enlarged oriostrate, urinary incontinence, and erectile dysfunction. The seller was Endo International, and the price was $1.6 billion (4x sales of $400 million), plus a potential $50-million milestone payment based on meeting certain 2016 revenue goals.

Boston Scientific furthered its stated goal to become a leading provider of endoscopic ultrasound devices with the acquisition of Xlumena Inc., producer of the world’s first stent for endoscopic ultrasound-guided transluminal drainage of symptomatic pancreatic pseudocysts. Xlumena had raised more than $45 million from six venture capital firms. The price was $65.5 million, plus $12.5 million upon FDA approval of the stent and milestone payments based on achieving revenue goals through 2018.

The $2.05-million (2.85x sales of $700 million) acquisition of 100-year-old Welch Allyn Inc. by Hill-Rom Inc. creates a company with revenue of $2.6-billion with a broad array of complementary patient care products. Hill-Rom, well known for its hospital beds, has a broad portfolio of other patient care products. Highly regarded Welch Allyn is known for the quality and reliability of its broad portfolio of medical devices used to access, diagnose, treat, and manage a wide variety of illnesses and diseases. With complementary products and customer bases, the combined company will have a leading position across the patient care continuum, including primary and intensive care, hospital patient room, operating room, and a postacute care facilities.

Another interesting patient care transaction was Medtronic’s $235 million acquisition of RF Surgical Systems, a medical device company focused on the detection and prevention of surgical items retained in the patient, such as sponges, gauze, or towels.

Ireland-domiciled Mallinckrodt Pharmaceuticals, a provider of various pharmaceutical products, medical imaging equipment, and therapies for autoimmune and rare diseases, made a substantial diversification move into medical devices with the $1.33-billion acquisition of Therakos, a producer of immunotherapy treatment devices. The company’s flagship Cellex treatment system and device is approved in the United States for use in the treatment of skin cancer patients who do not respond to other forms of treatment. Therakos was acquired by a private equity firm from Ortho Clinical Diagnostics, a former unit of Johnson and Johnson, for an undisclosed price.

A surprising diagnostics-related transaction was the $1.47-billion (1.67x sales of $880 million and 12.7x EBITDA of about $116 million) acquisition of Bio Reference Laboratories by Opko, a relatively small biopharma and diagnositics company controlled by wealthy healthcare entrepreneur Philip Frost. With the acquisition, Opko becomes one of the largest medical lab companies in the United States.

Medtech giant Medtronic made several smaller acquisitions that supported its commitment to its key therapy innovation growth strategy. The company enhanced its growing aortic and peripheral vascular divisions with the $110-million acquisition of Apdus Endosystems, a provider of devices for minimally invasive endovascular and aneurysm repair and thoracic endovascular repair. On the same day it acquired Apdus, Medtronic also snapped up Cardiosight Technologies, a developer of cardiac assessment systems including a disposable vest with sensors that capture electrical signals in the heart and combine that information with CT scan images to produce 3-D maps to monitor and treat abnormal heart rhythms.

In another move, Medtronic acquired Advanced URO Solutions, the developer of an FDA-approved procedure that provides temporary stimulation to the tibial nerve to treat overactive bladder problems and other urinary-related medical issues. With the acquisition of Sophono Inc. Medtronic added minimally invasive magnetic hearing implants to its ear, nose, and throat operation. In acquiring Lazarus Effect for $100 million, the company reinforced its commitment to providing innovative solutions to clinicians and patients fighting stroke. Lazarus Effect has focused on the development of acute ischemic stroke products that facilitate the capture and removal of clots. As did its competitors, Edward Life Sciences and Abbott Laboratories, Medtronic completed a mitral valve replacement transaction with the acquisition of Twelve Inc. which is developing a transcatheter mitral valve replacement device.

As evidenced by many of the transactions mentioned above, mergers and acquisitions are a major component of the strategic growth plans of many medtech companies. They will continue to seek appropriate acquisitions to broaden their product portfolios and diversify into medical device and diagnostics areas with compelling long-term growth prospects.

Private equity investors have realized some very favorable returns on their medtech company investments over the past several years. They continue to be interested in acquiring companies with good growth prospects. There is likely to be a considerable amount of divestiture activity in 2016, particularly as some of the companies formed through megamergers and acquisitions in 2013 and 2014 rationalize their businesses and shed underperforming or noncore businesses. As was evident in many of this year’s transactions, large medtech companies are very interested in acquiring companies with next-generation, leading-edge products and technologies.

Clyde A. Burkhardt is senior managing director of HT Capital Advisors LLC, a private investment banking firm based in New York City. Contact him at 212/759-9080 or [email protected]