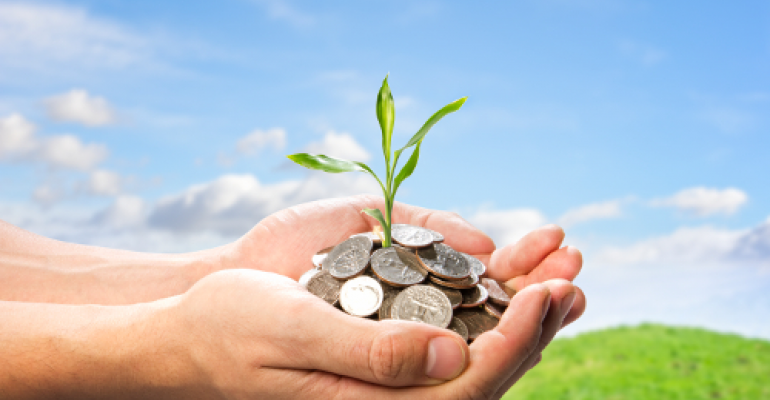 A chill was felt when the curtain was raised on the life sciences venture capital scene in early 2013.

Heads were whirling at numbers found in the first-quarter MoneyTree Report from PricewaterhouseCoopers (PwC) and the National Venture Capital Association based on data from Thomson Reuters. The number of venture deals in the medtech sector had fallen to its lowest level since 2009.

By the third quarter of this year, however, things did not seem quite as gloomy. By then, the amount of venture money invested increased over the same period in 2012 instead of declining.

Still, the overall funding picture continues to be very challenging, says Paul Teitelbaum, managing director at Mesirow Financial’s Investment Banking Group, who follows venture capital and the medical device industry closely. As a result of the flight of venture capital from the medtech space, companies are looking for new funding sources, Teitelbaum says. Some of the void has been filled by large medical technology companies, which are more eager to work with earlier-stage startups than before. While others are looking at venture debt, sovereign wealth funds, crowdfunding and foreign investors.

The software industry has been the beneficiary of the movement of venture dollars away from medtech, says Greg Vlahos, partner in the venture capital and life sciences industries practice at PwC.

So why are venture capitalists pulling away from healthcare, especially the medical device sector?

A number of factors explain the pullback, including the longer time it takes medical device makers to get their products to market because of regulatory delays, the flat-and-declining market in the United States, and a rapidly changing healthcare ecosystem, all of which translate to more risk for venture capitalists and their limited partners.

“The healthcare VC asset class is like the red-headed stepchild” to institutional investors like pension funds and others that invest their money with venture capitalists, Conrad Wang, senior director of corporate development at Medtronic, said at the Lifescience Alley Conference in Minneapolis in November.

Here are some venture capital investment numbers from the first quarter of the year that feed this narrative. They are based on PwC's MoneyTree Report.

If the overall life sciences picture was dismal, the venture investment story in the medical device industry was particularly worrisome in the first quarter.

Medical devices raked in $509 million in 71 deals, compared with $635 million in 79 deals during the last quarter of 2012.
Year-over-year that represented a 29% downward spiral.

Things were no better when second-quarter numbers were revealed.

The MoneyTree Report showed that dollars invested in the medical device industry dropped 20% and were accompanied by a 20% decline in the number of deals compared with the same quarter in 2012. That translated to $543 million invested in 71 deals. Compared with the first quarter of this year, medical device investment recorded a 1% decline in both deal value and volume.

By the third quarter, things appeared to level somewhat. Venture capital investment in medical devices actually increased 12% in terms of dollars invested over the second quarter, although the number of deals declined 8%. In all, $566.5 million went into 65 deals. Compared with the same period last year, the device industry saw a 26% increase in invested dollars and a 6% decline in the number of deals. The average deal size was $7.5 million.

So, which companies got the most money from venture capitalists this year? Here are some big deals of the year:

The answer depends on whom you ask.

Vlahos, of PwC, believes the medical device market lags the fortunes of the biotech industry by 12 months. Given that biotech had a stellar year in 2013, both in terms of venture capital investment and initial public offerings, a similar fate awaits medical device firms in the next 12 months.

“We are still seeing life sciences getting the second-most dollars [behind software],” Vlahos says. “And I think the devices space tends to follow biotech by about a 12-month margin.” Teitelbaum, of Mesirow Financial, is less sanguine. He believes there has been a “leveling of the downward trend in venture capital investing” in devices in the third quarter of 2013, but does that mean a turnaround is coming?

“I don’t think people are counting on it,” he says.