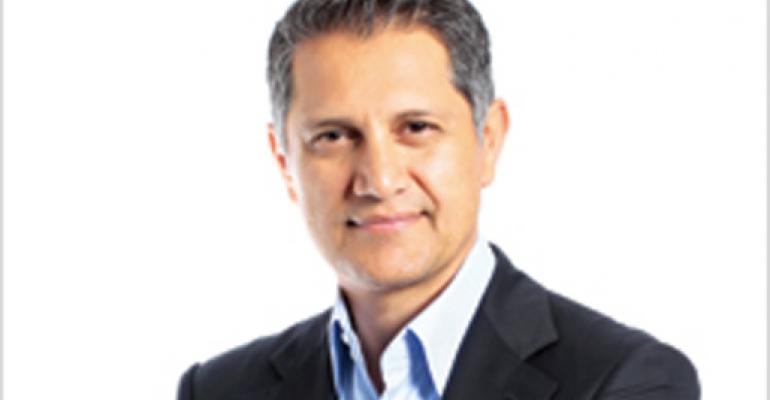 For the past three or four years, Masimo CEO Joe Kiani has been hoping to get medtech companies to share data to achieve a simple goal of his Patient Safety Movement: reduce death from medical errors worldwide.

"I decided maybe I have a responsibility to do something about it," Kiani recalled in an interview with MD+DI, at the annual conference of AdvaMed in San Diego recently.

The concept is simple enough: hospitals make a specific commitment to reduce medication errors and estimate the number of lives that would be saved as a result. They would also agree to that number to be shared publicly at the organization's annual meeting. Medtech companies would also make a pledge to share data to help reduce the errors that can harm patients.

While 42 medtech companies have joined, according to Kiani, [38 according to the group's website] there are several prominent companies that haven't joined and Kiani believes a bit of public shaming might be in order.

"For three, four years I have been trying to get them to come in without shaming them but they are still resistant so I think a little bit of shaming will go a long way," said Kiani.

Who are these companies?

"Epic is refusing, Medtronic is refusing, Edwards, CareFusion," Kiani rattled off. "Unfortunately the list is long of those that are refusing.I have talked to the CEOs. I think they are still stuck in the mindset that somehow I am going to make money off of this data. If I give it away, I have lost my opportunity."

An Epic spokesman did not respond to an email requesting comment. Neither did the CareFusion representative.

"Medtronic continually assesses ways it can use data from medical devices, turn that data into intelligence and insight and be able to use that data to take action that can help benefit the patient," was the statement emailed by Fernando Vivanco, a Medtronic spokesman.

Representatives of Edwards have attended and sponsored the summit during the last several years to learn more about the program.  After careful evaluation, we believe that this program has its limitations, and we will continue to keep our focus on the patient pledge established in our Credo 15 years ago, which is put into action each day by our team  Our commitment to patients is distinguished in the field of medical technology, integral to our culture, and a source of pride for our employees.

Kiani believes that the companies that did not take the pledge are too married to the data their systems capture."I have talked to the CEOs. I think they are still stuck in the mindset that somehow I am going to make money off of this data. If I give it away, I have lost my opportunity," he charged.

But he thinks this approach is shortsighted.

"I tell them 'Look, 20 years from now you won't be running this company. Your children, your wife could be benefiting from this. Even if you think about money, unless we all share, no one is going to make oney,'" he said.

Drager was the first company to sign up. Since then companies like Philips, GE Healthcare, Oracle, Smiths Medical, and others have made the pledge.

The organization has highlighted 11 problems that can harm patient safety and lead to a preventable death. For each problem, the Patient Safety Movement has also created solutions that healthcare institutions can freely download and adopt to tackle those problems.