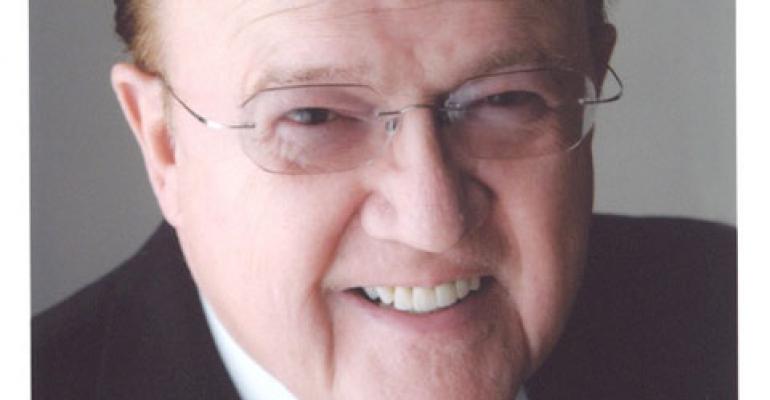 The 2016 MDEA Lifetime Achievement Award winner relates memorable highlights from his prolific career as a medtech entrepreneur and shares a few details about his current venture.

The 2016 MDEA Lifetime Achievement Award winner relates memorable highlights from his prolific career as a medtech entrepreneur and shares a few details about his current venture.

The basic details of Manny Villafaña's biography have been told numerous times. His rise from an underprivileged childhood in the South Bronx to become the founder of several successful medical device companies, including Cardiac Pacemakers, Inc. and St. Jude Medical, has made him a pillar of the industry.

Perhaps less known are some of the momentous decisions, between the well-publicized accomplishments, that now seem like turning points in Villafaña's life. From an outsider's perspectives, every one of these decisions represents a major risk, but to Villafaña they were a way of life. "You just can't sit there and say, 'Wow, Manny, that's a lot of risk!' . . . You gotta remember, where I lived in the South Bronx, you had nothing unless you took a risk."

There was Villafaña's decision to leave a job at Picker International for the relatively young Medtronic in 1967. He had been working in the cardiology business at Picker, and developed an affinity for the pacemaker, made by Picker client Medtronic. As Villafaña tells it, one day Medtronic president and cofounder Earl Bakken's administrative assistant called him and asked him to pick up Bakken and colleague Charlie Cuddihy at LaGuardia Airport. The pair asked Villafaña to leave Picker to run Medtronic's international sales.

Villafaña's response? "Yep, I'll be happy to join you."

That choice led to hours spent in operating rooms learning about pacemakers and Villafaña became all too familiar with the shortcomings of the devices. Pacemakers at the time lasted just 12-18 months, were the size of hockey pucks, and relied upon mercury-zinc batteries. This battery technology gave off a hydrogen gas, so they required venting. The porous epoxy coating on pacemakers allowed for this gas to be vented but of course also allowed in moisture.

Villafaña recalled that the short lifespan of the devices meant many repeat surgeries for patients.  In addition, the batteries started discharging from the moment they were assembled, meaning a pacemaker that sat on the shelf for a month or two had already lost a significant portion of its battery life. The device's components were soldered on individually and weren't reliable. What's more,  Villafaña said that during a stint in Argentina when he was at Medtronic, the pacemaker batteries began to fail without warning.

"[Pacemakers] had some very serious problems and there just had to be a better way," Villafaña said.

As luck would have it, Villafaña ran into friend Wilson Greatbatch, inventor of the implantable pacemaker and battery pioneer, who said he was developing a new pacemaker battery and intended to approach Medtronic about the technology.

Around the same time, Villafaña left Medtronic to become president of Med General. In that role, he met executives from a French manufacturer interested in selling pacemakers in the United States. He said he told them that he couldn't imagine an American doctor choosing to use a French pacemaker when Medtronic dominated the market. But he pitched the idea of using Greatbatch's new lithium-ion battery technology and the executives were game to try it.

Medtronic had already turned down Greatbatch's battery and it turned out that the French company was hesitant to move forward as well. Med General also didn't want to do it, Villafaña said. So, he decided to develop a pacemaker with the lithium-ion battery on his own, putting his faith in Greatbatch. "If Bill says it can be done, it can be done," he said, simply. So Cardiac Pacemakers, Inc. (CPI) was born in 1971.

The CPI pacemaker was smaller in size and included a lithium-ion battery that offered one ampere-hour, a higher capacity than the standard at the time. The device's battery, more efficient hybrid circuit, and external metal casing (no epoxy!) could all be hermetically sealed.  Among the first patients to receive a CPI pacemaker was one particularly memorable 11-year-old girl who already had seven scars on her chest from past procedures, Villafaña said.

CPI began growing quickly after increasing its guarantee on pacemakers from three years to six years--while Medtronic's guarantee covered one year. The growth was astounding. Villafaña recalled that the company was already moving into its second building by mid-1973 and then a third building near the end of 1975.

In 1978, Eli Lilly purchased CPI. That business was part of the medical device business spun out as Guidant, which was later acquired by Boston Scientific.

As CPI was growing, Villafaña was approached separately around the end of 1975 by two doctors who told him he should consider making a new heart valve. The CPI team was already going full speed, "rocking-and-rolling" on pacemakers, so Villafaña decided to leave and start a heart valve company. So Villafaña's second company, St. Jude Medical, came to life, in the far end of CPI's first facility. "As CPI grew and emptied the entire building, St. Jude grew into the building," he said.

There were challenges at St. Jude, of course. In fact, Villafaña recalled that "there was a time when I was ready to close the company doors." He explained that by March 1978, the company's engineers were still struggling to make the valve without breaking the glass valve orifice rings--in the prior month 97 of 100 valves had broken during assembly.

Then, at 3 a.m. one snowy morning, one of the engineers called Villafaña claiming a solution to the problem--an answer that came to him in a dream. The process worked and became a trade secret. "That was it. From then on we were able to make the St. Jude Valve," he said.

Today, companies like St. Jude Medical and Medtronic have developed and are commercializing leadless pacemakers. As a pacemaker pioneer, what does Villafaña think of this young technology? "I love leadless pacemakers, as long as everyone understands that if you take a pacemaker and you put it in the ventricle, it's going to stay there," he said.

On April 28, Abbott announced it plans to acquire St. Jude Medical for $25 billion. "I'm glad to see it happening," Villafana told MD+DI's sister publication Qmed, "It confirms that what we did is on the right track, and we were successful."

Of course, ever the entrepreneur, Villafana also told Qmed that the acquisition might even be a boon to his latest startup, Medical 21. "It probably frees up some people for new companies," he told Qmed. "I'm going to be looking to hire people."

Villafaña is raising capital for Medical 21--his eighth company--which is focused on creating a small-diameter artificial graft for bypass surgery. This would eliminate the need to strip veins out of patients' legs and remove internal mammary arteries, and would reduce morbidities like pain, infections, scarring, and the related costs. This may be one of Villafaña's biggest challenges yet, as he acknowledged that the problem has not been solved with numerous attempts over 40-50 years. "We have come up with a new way of doing things and we have come up with two new materials. I call the company Medical 21, meaning that the idea and the materials are of the 21st century, not the old ideas of the 20th century," he said. The size of the challenge is in proportion to the market opportunity, which he described as "bigger than pacemakers, heart valves, and stents combined."

Even after all those life-changing decisions, Villafaña retains a humble outlook. "I look at my life and I have been blessed beyond words . . . I sincerely feel that the hand of God has been on me, because I have had a fabulous life. I grew up with virtually no means . . . we really didn't have anything." He is a big supporter of the Boys Club, having benefited from the program when he was young. He famously named his seventh company, Kips Bay Medical, after the Kips Bay Boys & Girls Club, where he spent much of his time as an adolescent. He added that he is grateful for his two wonderful families, including five children and six grandchildren.

"Business-wise, my greatest accomplishment was that we made products that are changing patient care, became new standards for patient care," he said.

Villafana will receive the MDEA Lifetime Achievement Award in a special ceremony at MD&M East in New York City on June 14, 2016.