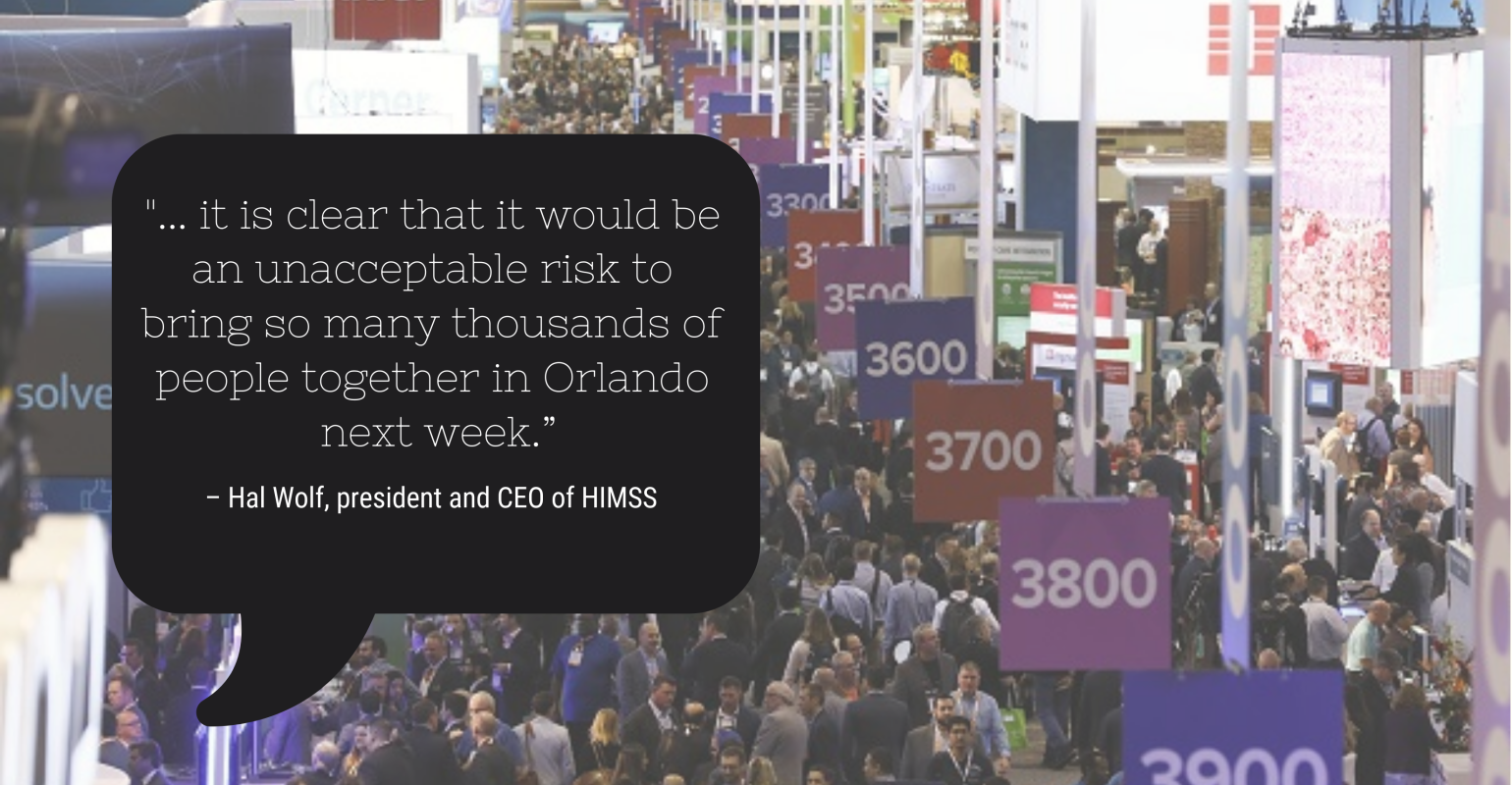 Graphic by Amanda Pedersen
HIMSS20 exhibitors and attendees will be contacted with further information regarding booth contracts and registrations, the organization said.

President Trump was due to speak at the Healthcare Information and Management Systems Society (HIMSS) meeting in Orlando, Florida on Monday, but the event is now cancelled amid ongoing coronavirus concerns.

Cancelling a major industry event like the annual Healthcare Information and Management Systems Society (HIMSS) meeting could not have been an easy decision, but event organizers said Monday that it was "unavoidable" at this point.

So far, attendees and vendors seem to be understanding of the news.

“It is for sure a better case scenario of canceling instead of spreading and creating an epicenter for an epidemic across the U.S.," Ryan Bass
chief operations officer at TrackMy Solutions, told MD+DI shortly after he received word that the event was cancelled. "Hard to cancel a show of such size, but probably the right decision taking the population’s health into consideration.”

This will be the first time in 58 years the event has been cancelled, but the organization said cancellation is "unavoidable" in order to protect the health and safety of the global HIMSS community, employees, and local residents, and healthcare providers. The event is unlikely to be rescheduled later in the year, but many exhibitors and speakers are already planning webinars and other virtual solutions. Shortly after the cancellation announcement, the Twitter hashtag #virtualHIMSS20 began to trend.

“We recognize all the hard work that so many have put into preparing for their presentations and panels that accompany every HIMSS conference,” said Hal Wolf, president and CEO of HIMSS. “Based on evaluation of evolving circumstances and coordination with an external advisory panel of medical professionals to support evidence-based decision making, it is clear that it would be an unacceptable risk to bring so many thousands of people together in Orlando next week.”

The advisory panel recognized that industry understanding of the potential reach of the virus has changed significantly in the last 24 hours, which has made it impossible to accurately assess risk, HIMSS noted in its official statement of the news. "Additionally, there are concerns about disproportionate risk to the healthcare system given the unique medical profile of global conference attendees and the consequences of potentially displacing healthcare workers during a critical time, as well as stressing the local health systems were there to be an adverse event."

Additional information about HIMSS' decision to cancel the event and how it might impact attendees and exhibitors can be found here.