HomeBusinessJust Where Does Apple’s New ECG Fit into the Market?
Recent
The Robot Will Do Your Angioplasty Now
May 18, 2022
XACT Is Changing the Tone of Robotics in Healthcare
May 18, 2022
Medtronic Touts Cusp Overlap Technique in TAVR
May 18, 2022
Feds Crack Down on Reused Rectal Probes
May 18, 2022

Just Where Does Apple’s New ECG Fit into the Market? 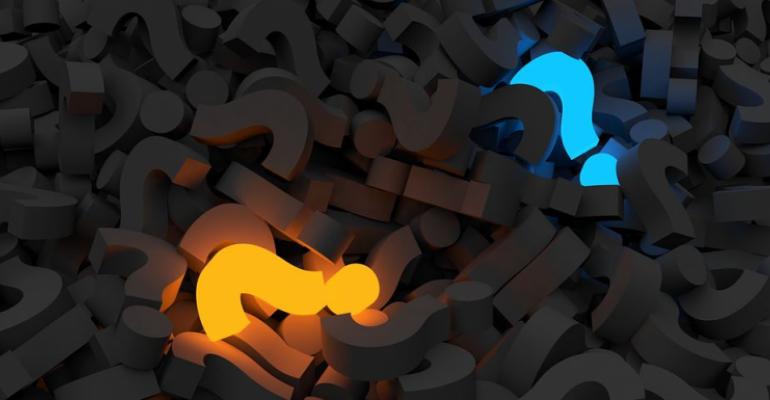 The Cupertino, CA-based company garnered a lot of attention for incorporating an ECG into the next iteration of the Apple Watch and now analysts along with industry experts are sounding off on the technology’s potential impact.

The inclusion of two heart monitoring apps with the upcoming Apple Watch 4 is causing quite a stir in the wearable device market. Last week, Cupertino, CA-based Apple revealed it received nods from FDA for its wearable watch to include an ECG app, that can classify whether there are signs of atrial fibrillation (AFib), and another app that analyzes pulse rates for irregular rhythms.

Earlier this year, MD+DI reported that Apple was working on an FDA submission. The agency has gone on record and said Apple’s solution isn’t designed to replace "traditional methods of diagnosis or treatment.”

The response from the industry regarding the new medical apps vary and there are still many unanswered questions about the technology and the potential impact it could have on the wearable device market.

“It is exciting to see FDA working hard to foster innovation this way,” Brian Chapman, a principal with ZS, wrote in a research note. “There of course are some hurdles to be met to move from consumer product to true diagnostic medical device so these will be key going forward.”

Chapman added, “there is still some distance between a consumer device with the capability of finding a signal and a medicalized diagnostic solution that guides therapy.”

Something New or the same old Thing?

Apple’s medtech apps might have made headlines and gained a lot of attention, but there are other similar technologies out there on the market.

“From a regulatory standpoint there isn’t much new here,” Bradley Merrill Thompson, a member of the firm at Epstein Becker & Green, P.C., told MD+DI. “The actual ECG clearance is only marginally different from what AliveCor has been doing for years.”

Last year, AliveCor obtained a nod from FDA for the KardiaBand ECG accessory. The Mountain View, CA-based company’s technology is compatible with the Apple watch. The KardiaBand is a clinical grade wearable ECG that replaces the Apple Watch band. The company said the accessory provides accurate and instant analysis for detecting AFib and normal sinus rhythm in an ECG. The company has also developed Kardiamobile, which is compatible with Android devices.

AliveCor’s product is more robust and is more of a clinical application, but Charles Wolfus, head of digital health and technology at MyoKardia, argues that Apple’s upcoming heart monitoring apps still carry a high level of importance and could attract more consumers.

"I do take this as a game changer, but I also recognize that different parts of the industry have a different perspective on its relative importance,” Wolfus told MD+DI. “I think it’s a game changer because this type of a tool is going to be available to millions of people at a time. This is going to help people have better discussions with their caregivers and their physicians about their bodies and their health.”

Another company that sits firmly in the wearable ECG market space is IRhythm Technologies, which was a finalist for Medtech Company of the Year in 2016. The San Francisco-based company received FDA clearance for Zio Patch, a wearable that offers ambulatory monitoring of a patient's heart rhythm for up to 14 days, back in 2011.

The firm gave some clarity on whether or not Apple’s technology could be looked at as competition to the Zio patch.

“[Apple’s Apps] ha[ve] the potential to drive awareness of cardiac monitoring to the consumer population, such that any consumer who might have [AFib] detected by their watch would subsequently be encouraged to visit their physician,” iRhythm Technologies told MD+DI via email on Friday. “Those physicians will still need to prescribe Zio for these patients to fully diagnose and characterize the burden of any arrhythmias, giving us a broader reach than we have today.”

The company added, “we’d also note that the technology [Apple’s ECG] remains relatively limited and not in any direct competition with Zio. A 30-second snippet of on-demand ECG is not sufficient to fully diagnose or characterize a patient’s ECG burden. This is essentially the same as event monitor technology which has been around for some time, but now can reach a broader group of patients.”

“Ultimately, we view the addition of ECG monitoring capabilities to Apple’s new watch (along with an overall growing consumer wearable market) as a potential market expander for Zio/A-ECG devices, as wearable devices further highlight the benefit of prophylactic monitoring, helping funnel patients into physicians’ offices, which we think, over the long-term, will lead a) physicians to prescribe dedicated, continuous monitoring devices that ascertain long-term ECG data/AFib burden, thereby b) driving increasing diagnosis of AFib (among other arrhythmias and conditions), and c) potentially augmenting long-term growth in AFib ablation procedures,” Mills wrote in a research note.

The Apple Watch Series 4 is set to hit the market on Sept. 24.