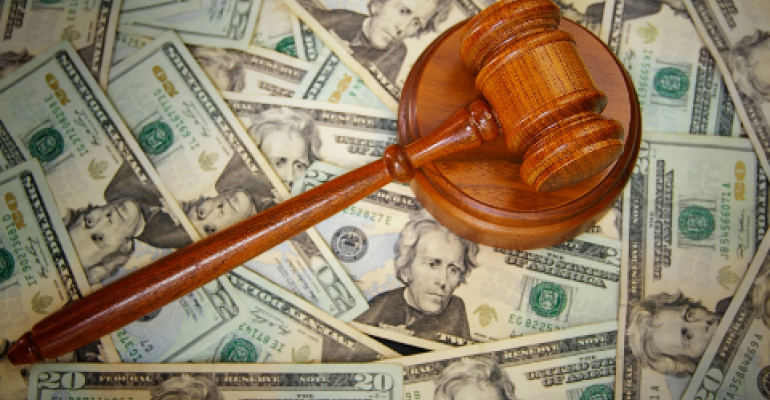 Edwards Lifesciences prevails in a lawsuit involving the transcatheter mitral valve replacement company it acquired and that startup&#39;s competitor.

Edwards Lifesciences prevails in a lawsuit involving the transcatheter mitral valve replacement company it acquired and that startup's competitor.

The landscape of transcatheter mitral valve replacement to treat mitral valve regurgitation remains unconquered by any company, small or big, but that doesn't mean that patent disputes haven't arisen.

Edwards Lifesciences, which acquired TMVR startup CardiAQ Valve Technologies, announced Thursday that a Massachussets federal jury has found in favor of CardiAQ in its legal wrangling with Neovasc, a Canadian company also developing a TMVR device.

Specifically, the jury found that Neovasc breached the nondisclosure agreement that the two parties signed when Neovasc was hired as a service provider. The jury also awarded $70 million to CardiAQ for misapproriating certain trade secrets of CardiAQ.

In the lawsuit, CardiAQ had alleged that Neovasc began secretly developing its own internal TMVR program and did not inform CardiAQ. CardiAQ co-founders Arshad Quadri and J. Brent Ratz hired Neovasc in 2009 to provide tissue processing and valve assembly services, which were covered under a non-disclosure agreement, according to a news release from Edwards.

The jury also ruled on two separate questions that the judge is expected to rule at an undetermined later date. It found that Neovasc engaged it unfair or deceptive practices, and that CardiAQ proved convincingly that Quadri and Ratz "contributed to the conception" of a Neovasc patent. In fact CardiAQ recommended their names be added to the Neovasc patent.

"Through many years of dedicated work with Dr. Quadri, we were able to develop an extensive base of knowledge, make important advancements and create the CardiAQ transcatheter mitral valve to help patients in need who are not well-served by therapies available today," said Ratz, who today serves as vice president of research and development with the CardiAQ-Edwards TMVR program. "We are proud of this foundational work and grateful that the jury recognized these contributions to the developing field of transcatheter mitral valve replacement."

A call to Neovasc's chief financial officer, Chris Clark, and an email was not immediately returned.

Edwards bought CardiAQ in 2015 for $400 million, including a $350 million cash payment up front. After that, it halted its own internal program and the goal now is to develop additional sizes of the CardiAQ Valve refine delivery systems and add Edwards's bovine, pericaricardial tissue in the future. It is currently recruiting patients for an early feasibility study. The device can be delivered using both the transfemoral and transapical approahc.

Neovasc is developing the Tiara TMVR device and the Canadian company is also currently recruiting patients for its feasibility trial. The trial is testing the device using a transapical approach.