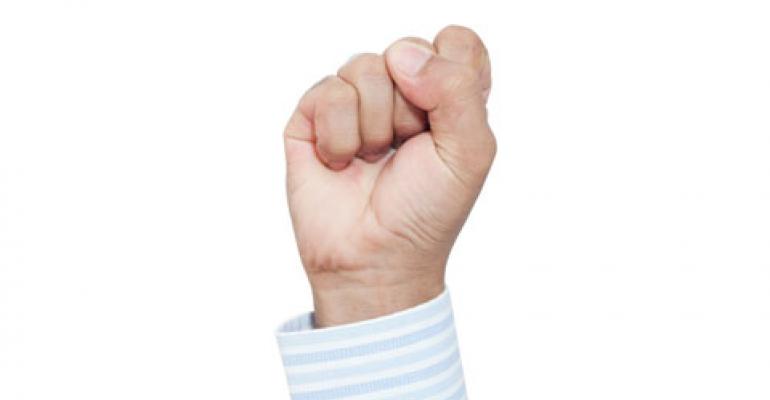 Executives spouted lofty rhetoric about disrupting healthcare on J&J’s Q2 earnings call, but some analysts seem skeptical of the company’s ability to innovate.

Johnson & Johnson believes the time is ripe for a shakeup in healthcare, and it wants to get in on the action.

“I've been in healthcare long enough to have heard over and over again that technology was going to disrupt the industry beyond recognition,” group worldwide chairman Sandy Peterson told analysts during the company’s Q2 earnings call on July 14. “But today, maturing technology, scientific advances, and global healthcare reform are combining to make disruption a reality.”

Peterson explained that the world’s largest medical device company in terms of revenue hopes to use its breadth; technology; and partnerships with other healthcare, tech, and retail players to help bring about that change.

“As the world's most broadly based healthcare company, we are uniquely positioned to be the company that connects the fragmented world of healthcare,” he said, according to a Seeking Alpha transcript of the call.

J&J, whose reach extends beyond medical devices into the pharmaceutical and consumer health spaces, plans to leverage the diversity of its business to join companies such as Medtronic that are developing solutions for healthcare providers.

“We have the patient and consumer insight, the clinical and behavior modification expertise, and the regulatory experience that can combine with technology to transform the continuum of care,” Peterson said, although he didn't provide details regarding the company's plans.

What capabilities J&J doesn’t have in house it has shown a willingness to partner with other companies to obtain. In March the company announced a collaboration with Google to create a robotic-assisted surgical platform that will combine medical devices with robotic systems, imaging, and data analytics. Less than a month later came word that Johnson & Johnson would work with IBM’s new Watson Health business unit and Apple to create virtual coaching solutions to help patients with preoperative and postoperative care for joint replacement and spine surgeries, and, eventually, general wellness and chronic condition management.

“There are others in the works and more to come,” Peterson promised. “We are working with and talking to nearly every major technology company and many early-stage companies.”

J&J is also partnering with drug stores such as Walgreens and CVS, as well as health plans and health systems, Peterson said.

“We are creating an ecosystem embedded in hospital networks, which gives us the ability to integrate the right patient data with the right record and the right clinical outcome in the healthcare IT infrastructure.”

But some on Wall Street seemed skeptical of the company’s plan to become, as Peterson put it, “a healthcare technology innovator.”

Goldman Sachs analyst Jami Rubin brought up that J&J’s medical device and diagnostics business has struggled in comparison to its competitors over the past several years and pointed out that the company has shied away from some of the higher-tech sectors of the industry in favor of what she described as “commodity businesses.”

“When I look across where the major growth opportunities are in medtech, you guys aren’t there, robotics, transcatheter heart valves, etc.”

Chairman and CEO Alex Gorsky shot back that J&J continues to innovate in its Biosense Webster, biosurgicals, endocutter, surgical energy, and vision businesses, and reminded Rubin that the company plans to enter the surgical robotics realm through its partnership with Google.

But in response to another question, Gorsky admitted that initiatives such as the Google partnership are a long-term play for the company.

“…[W]e see this as really not something to have an impact, where I would say over the next 6 to 12 months; this is likely more over a two-year to three-year-plus timeframe,” he said.