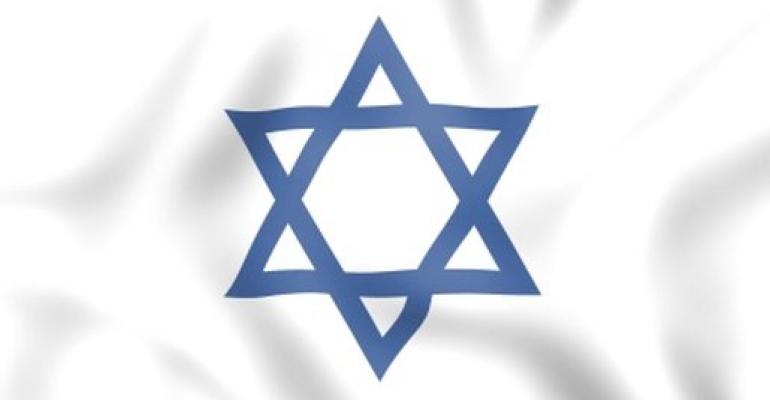 Medtech companies that set up shop in Israel enjoy a host of benefits, such as government support, but they also faces challenges as they seek to expand globally.

Medtech companies that set up shop in Israel enjoy a host of benefits, such as government support, but they also face challenges as they seek to extend their global reach.

These are just a few of many successes. This article explores the sources of Israel's vibrant medtech industry, discusses financing opportunities available to Israeli medical device companies, and examines the challenges facing these companies as they seek to expand globally.

The sources of medtech innovation in Israel are not based in local laws or regulations but include first rate academic and medical institutions, enlightened government support, and the active presence in Israel of global medical device companies.

Academic Excellence. Israel is blessed with a large number of world-class academic and medical institutions within a relatively small geographic area, giving rise to an environment of crossfertilization of disciplines that lead to medical technology innovation. Practicing medical institutions include the world-renowned Hadassah Hospital in Jerusalem, the Rambam Hospital in Haifa, Tel Aviv's Ichilov Hospital, and the Chaim Sheba Medical Center at Tel Hashomer outside of Tel Aviv. Some of Israel's leading academic institutions include Tel Aviv University, the Weizmann Institute of Science in Rehovot, the Technion in Haifa, and the Hebrew University of Jerusalem. The strength of these institutions is reflected in the large number of scientific papers they publish, as well as the fact that Israel has the largest number of medical device patents per capita in the world.

All of these institutions and others have active technology transfer offices that are engaged full time in the commercialization of technological inventions developed by their respective academic and medical staff, with sophisticated licensing and startup practices. These inventions, and their transfer to industry, ultimately serve as the foundation of the medical device industry in Israel.

Government Support. Israel's Office of the Chief Scientist (OCS), now the Israel Innovation Authority, provides financial support for research and development (R&D) programs in all technological fields, including medical devices. Grants, which can be a substantial part of R&D budgets, are provided directly to startup companies through various programs, such as the MAGNET Program, which supports consortia of academia and industry, and the NOFAR Program, which supports applied academic research.

However, government support is probably most effective when provided through the OCS incubator programs, which have aimed to attract global expertise to support local startup companies. Through these programs, government funding dramatically reduces the risk involved in investing in medical technology startups. Recent examples include the following:

Global Presence of Medtech Giants. Seeking access to the trained and innovative engineering and medical talent in Israel, a large number of global medtech companies have set up local R&D centers. These centers are also a source of medical device innovation. For instance, Microsoft Ventures has partnered with Becton Dickinson and Healthbox to run a medical device accelerator. Johnson & Johnson, GE Healthcare, Philips, Biosense Webster, IBM, Covidien, Samsung Electronics, and ThermoFisher Scientific, are also active in the medtech space in Israel.

All of those players combine to produce a steady flow of new medical device startups. One of the first challenges they face is obtaining financing beyond grants that may be available.

There are multiple financing sources available to early-stage Israeli medical device companies. While obtaining funding is always a challenge, for the most part promising ideas succeed in finding financial support.

Angels, Accelerators, Incubators, and Accredited Investor Clubs. Angel investing is highly developed in Israel. Once the province of real estate moguls and diamond merchants, angels these days are more likely to be successful serial entrepreneurs who can bring some added value to companies. There are also online accredited investor portals, such as Our Crowd, which allow investors accredited in their jurisdiction of residence to make online investments of as little as $10,000 in early-stage companies, including medical device companies, that have been given due diligence and screened by Our Crowd. Other active incubators and accelerators include Alon MedTech Ventures, Next Generation Technology, RAD BioMed Accelerator, and Trendlines Medical Misgav Venture. Mass Challenge, the premier Boston-based accelerator, has also recently opened operations in Israel and is active in medical devices.

Acquisition. A far more likely fate of promising medical device companies in Israel is acquisition by global medical technology companies. All of the "big names" in medical devices have acquired at least one, and in some cases several, Israeli companies in recent years. These include Medtronic, Boston Scientific, Johnson & Johnson, Kyphon, GE Healthcare, Essilor, Philips Healthcare, Covidien, and Stryker. Once acquired, the companies often remain active in Israel, becoming a source of trained medical device managers and professionals.

Because of its small size, the Israeli market is almost irrelevant to Israeli medical device companies from a commercialization perspective; at most, it can serve as a convenient beta site. Rather, in order to survive, Israeli companies must pursue global markets. This puts them in direct competition with medical device companies around the world--many of which have more extensive networks, are larger, and have more resources at their disposal.

Foremost among the challenges faced by Israeli medtech companies, like all companies in this space, is coping with the ever-changing regulatory environment in leading global markets. Israeli companies need to prepare for global regulatory challenges including, for instance, such recent developments as the revised version of ISO 13485 dealing with quality management systems, FDA's recent requirement for Unique Device Identification (UDI) for devices, and proposed changes the EU's medical device regulations for CE Markings.

Moreover, recent surveys of medical device professionals have found a majority observing that the regulatory environment in major markets (the United States, China, Europe, Japan, and Russia) is getting more difficult. All of this directly impacts Israeli medtech companies seeking to obtain the necessary regulatory approvals.

Medtech is clearly a major component of the high-tech engine that has been driving Israel's economy, aptly called the "Startup Nation," over the past decade, and it is poised to remain so for the foreseeable future. Despite the challenging regulatory landscape, the country continues to support numerous young and maturing companies involved in the development and commercialization of innovative medical technologies. In addition, Asia in general and China in particular are increasingly attracted to opportunities in the medtech sector in Israel--both in terms of making investments and obtaining access to Israeli medical technology, factors that will likely be sources of significant growth in a sector that is bringing meaningful improvements to the lives of millions of people around the world.

Barry Levenfeld is a partner in the Israeli law firm Yigal Arnon & Co.

Daniel Green is a partner in the Israeli law firm Yigal Arnon & Co.