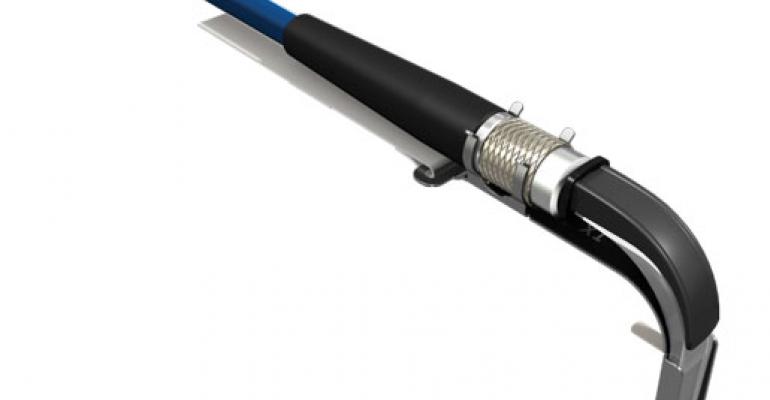 Invuity, a company known for its Intelligent Photonics devices used to evenly light sugical cavities, is expanding into gynecology procedures. A few factors are creating demand for the illuminating tools in vaginal hysterectomies.

On Invuity's fourth quarter earnings call this week, management discussed the opportunity to expand into gynecology procedures. President and CEO Philip Sawyer said on the call, "An exciting opportunity to enlarge our Women's Health segment has emerged, including several important gynecologic indications, vaginal hysterectomy, in particular."

A vaginal hysterectomy is a procedure in which the uterus is removed through the vagina. As Sawyer explained on the call, other approaches, including laparoscopic and robotically-assisted procedures had been gaining favor for hysterectomies over many years, but more recent factors like concern about risks associated with laparoscopic power morcellators, a trend toward using natural orifice techniques, and higher payer payments have shifted interest back to vaginal hysterectomies. On the call, Sawyer said:

For a decade, hysterectomies have been migrating from the traditional open procedures to laparoscopic techniques, including robotically-assisted approaches most recently. That migration has been disrupted for a number of reasons, including issues with morcellators devices, a movement toward natural cavity approaches, and payer programs that pay more for vaginal hysterecomy. Our photonics technology is optimally suited to improving visibility and enhancing safety and outcomes for these procedures, and surgeons are trying and transitioning to our technology at an increasing pace. The ability to move quickly into adjacent opportunities exemplifies the unique power of our photonics technologies to open up new markets organically, even where we haven't necessarily been expending marketing resources."

In a recent interview with MD+DI, Sawyer explained why Invuity's products may have a place in vaginal hysterectomies. "The problem is, it's very difficult to see. Many of the surgeons would like to do it, but because there's such little light, they're really limited. That is a natural next area for us," he said.San Francisco-based Invuity is expanding its reach in a few other ways. The company may be best known for its Hidden Scar Breast Cancer Surgery Program, which enables surgeons to train and become certified in techniques that provide cosmetically-appealing results in nipple-sparing mastectomies and lumpectomies. There are a handful of Hidden Scar Centers and Sawyer expects to increase the number of hospitals with that designation.Invuity is working with integrated delivery networks (IDNs) and group purchasing organizations (GPOs) to spread the word about their illumination products. In the fourth quarter of 2015, approximately 530 hospitals purchased Invuity devices, an increase from 370 hospitals in the year ago quarter, according to the earnings release.

In addition, the company has hired a number of new sales representatives, many of them from large, well-known medtech companies, to aid in its growth. At the end of the fourth quarter of 2015, Invuity had 59 sales reps, up from 39 at the end of 2014. This hiring is expected to continue, with management forecasting reps numbering in the high-60s by the end of the first quarter of 2016. The impact of these new reps is expected to be shown in sales results starting in the second half of 2016.

This hiring move is bolstering the expansion into gynecology procedures, Sawyer told MD+DI. “They [new sales reps] are going to be invaluable as we penetrate what we’ve already been penetrating, as well as move into areas such as gynecology and vaginal hysterectomy, because as I mentioned, a good portion of them have gynecology backgrounds and it’s a great next extension for us."

Brett Robertson, chief business officer, explained on the earnings call, "It's something that we've been pulled into. We have some of the new reps who've come from a vaginal hysterectomy background or from Intuitive [Surgical] and basically, with morcellator devices being pulled and the movement toward more natural cavity approaches, as well as the fact that payer programs pay more for vaginal hysterectomies, we've seen a lot of interest from gynecologists in this market. It's quite a large market and our first products work very well." She named the Eikon retractor and the Saber Yankauer, current products in the company's portfolio, as popular for use with vaginal hysterectomies.

Still, the gynecology expansion is not expected to have a noticeable impact on the company's sales until later in the year, at least. On the earnings call, Sawyer said, "We are seeing this uptick in gyn and we see it as quite a significant opportunity going forward, but it's important to note that this is real-time information from the last few months and so you're not going to start to see real effect on the numbers for say, a couple quarters from now . . ."