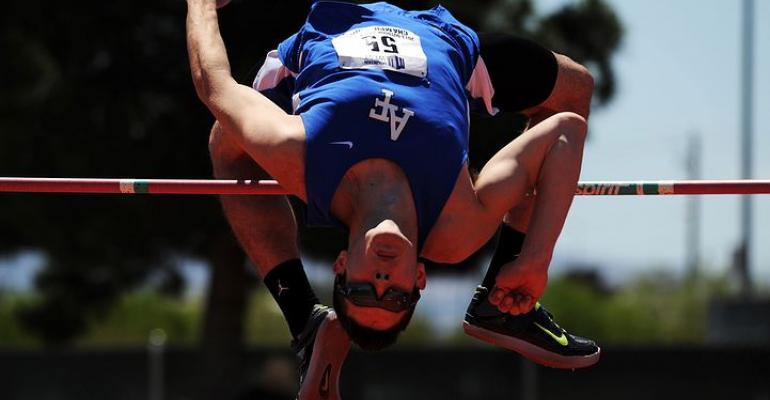 Intuitive Surgical is well aware that the field it has dominated for years is becoming increasingly competitive with new entrants. But CEO Gary Guthart always manages to sound confident during earnings calls and tends to let the numbers speak for themselves.

"To take a simple example, our systems are available to start and able to complete cases with remarkable predictability, considering their use of a wide range of sophisticated technologies. This is a consequence of our holistic design and integration principles, the capability of our staff, and our deep commitment to understanding the surgical team’s world," Guthart said. "We believe this sets a high bar for new entrants in the eyes of the thousands of surgeons who use da Vinci weekly."

Is the recent inflection in U.S. procedure growth sustainable? CFO Marshall Mohr seems to think it is.

"Our customers are seeing real value in general surgery, particularly with the gen-four systems," Mohr said during the call, according to SeekingAlpha transcripts.

And you mentioned hernia repair and colorectal, they’ve been leading adoption. And we’ve seen organic interest from bariatric surgeons as well as our SureForm 60 stapler comes to market and with the addition of gen-four labeling in bariatric so far to serving those opportunities as well.

Guthart also noted during the call that Intuitive tracks "stick rates to reorder rates" to see if customers are trialing or staying with it. In hernia repair and colorectal the company is seeing "nice stick rates," he said.

"So we feel like we're building momentum here," Guthart said.

But that's not to say there weren't a few surprises during the quarter. Increases in U.S. urologic and gynecologic procedures using da Vinci systems has surprised the CEO, and Guthart said he does not have much confidence that those growth spurts are sustainable.

Interestingly enough, the majority of new system placements in the United States during the quarter were actually the da Vinci Xi, rather than the less expensive da Vinci X, which was introduced last year in response to cost barriers in surgical robotics. That trend suggests that hospitals continue to go after the most capable system despite the availability of the lower priced system, Larry Keusch, an analyst at Raymond James, said during the call.

"I think in a sense it comes down to how people think through this trade-off between clinical value and economic value, and where they see value relative to capital entry price," Guthart explained. "And in many, many places as we look at this deeply the capital price, the capital component, is not the driving determinant of cost. If you look at total cost to treat per patient episode, which is in my opinion, the most relevant economic question here, the total costs of caring for that patient are absolutely dominated by outcomes and dominated by human labor."

When choosing which robotic system to invest in, U.S. hospitals tend to ask themselves what will give them the best outcomes and the highest efficiency and standardization, Guthart said. "I do think the total cost to treat per patient episode translates well across country boundaries," he added. "But different organizations have different approval processes and capital allocation processes. They may choose to get started with lower capital cost system."

Another thing to remember is that the newest da Vinci robot, the da Vinci X, strikes a balance between the da Vinci Xi, which is Intuitive's most advanced system, and the Si, which is the company's lowest cost platform.

"Is there a place in the portfolio for a more de-featured system that would have even a lower capital cost? Do you think about that as potentially part of the portfolio at some point?" Keusch asked.

Guthart said the company will listen "extremely carefully" to customer needs and recognize that those needs include outcomes efficiencies, workflow, standardization, return on investment, and a high patient centricity.

"Those needs we’re going to look for really carefully. If in that set of analysis a further de-featured system makes sense, of course, we will pursue that, and we're always looking," he said. "I don’t think that it is obvious right off the bat that less capable systems at lower capital prices make those three aims a lot better, but we are constantly asking ourselves."