An Interview with Biotronik's Marlou Janssen 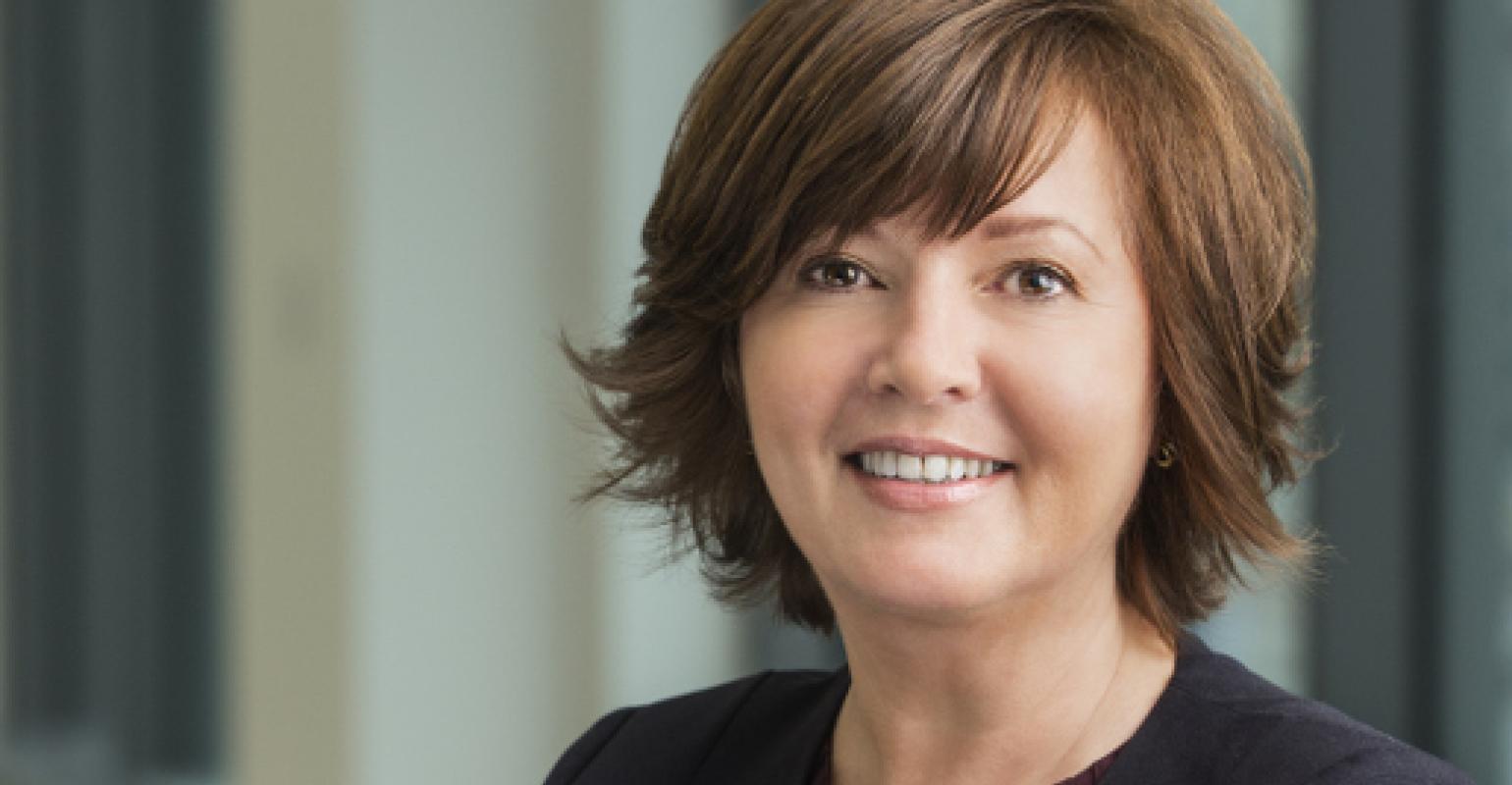 The first installment in a series on women in medtech focuses on Marlou Janssen's impressive career and outstanding results at Biotronik.

Who better to ask about how to increase the number of women executives in the medical device industry than Marlou Janssen? Janssen is president of Biotronik, Inc., and is one of the most prominent women in medtech.

The accelerated track of Janssen's career is impressive. She started at Medtronic but moved to Biotronik in 2001. At  Biotronik, she rose rapidly through the ranks to global vice president, Cardiac Rhythm Management. After a short stint at St Jude Medical, Janssen was recruited back to Biotronik in the role of President of United States operations in 2014, where she has been changing the organization, for the better, ever since.

Founded in 1963, Biotronik is a leader in cardiovascular and endovascular medical technology with respected cardiac rhythm management, electrophysiology, and vascular intervention solutions. The company's vision of "excellence for life" shows Biotronik's commitment to innovative solutions that enable physicians around the world to provide patients the highest standard of care.

In just over 12 years, Janssen achieved the highest leadership role at Biotronik in the United States. This is even more remarkable considering that medtech is not an industry boasting gender diversity in its highest ranks. In fact, in a 2016 survey of 24 medtech women executives, respondents reported that only an estimated 14% of their executive peers are women. One of the survey participants said it best: "It is not going to be easy, so be ready to push hard and play rough."

According to Catalyst.org, 25.1% of executive/senior-level positions in the companies of the S&P 500 are filled by women. So why, in the medical device industry, are women so under-represented in the executive ranks? Female leadership is well established at the highest levels of government and industry. 2016 is the year that saw Hillary Clinton nominated by the Democratic Party for President of the United States. Great leadership and vision have been shown by Angela Merkel, Chancellor of Germany, in the face of growing opposition to social policies about the humanitarian emigration crisis coming out of the Middle East. 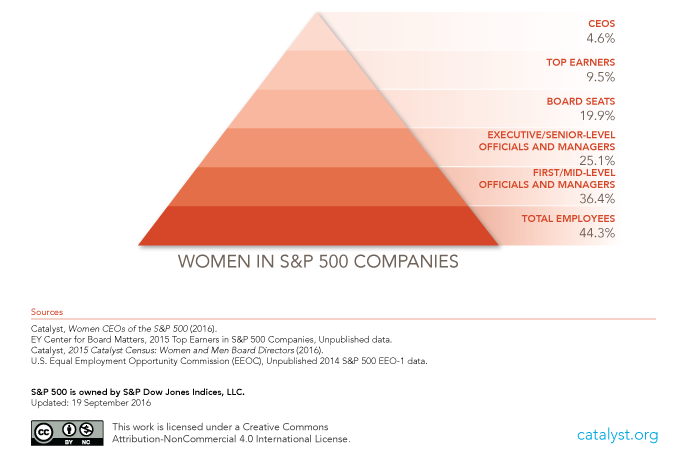 The pharmaceutical industry is a sister industry to medtech, and for the purposes of benchmarking, the findings from the Healthcare Businesswomen's Association (HBA) EDGE study; The Progress of Women Executives in Pharmaceuticals and Biotechnology: A Leadership Benchmarking Study, were compared to the medtech executive women survey. The EDGE study found that women hold only 17% of senior management positions at pharma and biotech companies.

On a busy August day at  Biotronik's offices in New York City, where the company has opened a state-of-the-art training facility and innovation center, Janssen took the time to discuss women in medtech and how to bring more women into executive positions.

Why is medtech employment of executive women so much lower than the national average?

MJ: Traditionally, medtech has been a very male-dominated field. All people have a tendency to hire towards their own standards and personalities; the medical device industry is no different. I don't think it is done consciously, but unconsciously. If a company does not hire with a specific diversity goal, this unconscious bias will not change. There are two ways to bring more women into the executive ranks of medtech. You can train people to hire with a focus on diversity, or the company can set a diversity standard. Most of the medtech industry hasn't implemented these efforts yet.

Is it the medtech culture different from other companies?

MJ: Yes, it can be a difficult culture. When the respondent in the survey said "Push hard and play rough," that means that medtech can be a hard-hitting culture. Men tend to play a little rougher. For a woman to be successful in a leadership role, she has to be authentic and assertive. That doesn't mean being antagonistic. In my resume, I describe my character traits as being competitive, assertive, and aggressive. These are not the personality traits or styles that a majority of women are comfortable assuming. I define these traits as clearly communicating what I want for the business, when it is due, and what happens if it is not accomplished. Most people that work for me would probably state that I am authentic and direct--"what you see is what you get" and that I am very fair. I set expectations for the accomplishments the business needs, and timelines and consequences if those expectations are not met.

For a woman to be successful in a leadership role, she has to be authentic and assertive. That doesn't mean being antagonistic."--Janssen

How did that work for you when you were in the early stages of your career?

MJ: It has always worked for me, although my male colleagues may have been annoyed by my level of competitiveness. Many are not accustomed to this from a woman and I am very outspoken about this--I want to win. I want the best for the business--led by my best efforts and the best efforts of my team. Although` it may have made some of my colleagues uncomfortable at times, being competitive and committed to achieving goals has accelerated my career. It isn't something that has held me back.

Can you give an example?

MJ: Yes, of course. Early in my career, during meetings where we were reporting results, I could see that the successful performance of my team would sometimes irritate my male peers. Luckily I have good intuition, which I think most women do, and I recognized their frustration--this is important for any leader, male or female. Intuition helps you pick up signals in meetings and adjust your style. Based on those signals, I was able to tone my competitive side down. Intuition is the edge that helps you perceive when you are losing people in a meeting. That is the point where it is imperative to communicate that you recognize their discomfort and rephrase to be sure that people understand what you meant to say.

One unique characteristic of Marlou's leadership style is a drive for 'constant motion.' She challenges me daily on how to keep moving the business forward. Marlou pushes us to imagine what we could achieve and not be satisfied with good enough. Status quo is not an option for her; she consistently drives her team to find different routes to get to a goal. For example, recently, we had to change the launch of a new product based on unanticipated higher transfer costs. Her directive to me to constantly adapt and look for alternative solutions helped us craft a different strategy with no delay and resulted in improved margins as well as better market share penetration for the product." --Rupa Basu, senior vice president of Marketing, Corporate Accounts and Strategy at Biotronik

So you use aggressiveness as a bonus feature of your personality, but you also listen, respond, rephrase?

MJ: I describe myself a positive-aggressive person. Too high a level of aggressiveness isn't good. When people tell me in an interview that they are very aggressive, I always ask them how they express the competitive side of their personality. Aggressiveness can be negative or positive. People with a good level of competition will push for things, set high personal standards, hold their teams to high standards, have a good work ethic, won't take no for an answer--the negative side is intimidating other people or bullying them.

In the survey, 57% of women medtech executives stated they do not believe they are paid at the same level as male peers. What would you do in that type of situation?

MJ: This is not a good situation, but it is not only a medical device industry problem. When it comes to pay, women are often not good negotiators for themselves. Even if they are great saleswomen and can negotiate for their companies, they do not negotiate as well for themselves.

Where did you learn to negotiate?

MJ: Actually, I do not view myself as a great negotiator, so like other women, I struggle with this and continue to push myself to adapt. I learned to negotiate from my upbringing--I come from a family with a small business. I also learned from past experiences--when I found out I wasn't paid comparably, I made sure that when I went for a new job, I negotiated better to ensure my compensation aligned with my skillset.

On the positive side, 60% of female respondents in the survey who have attained an executive position in medtech state they have as much power and impact as their male peers. What makes them (and you) different?

MJ: Successful women in medtech tend to be the women that dig in deep, are great at follow-up, extremely hard workers, and have learned to ask for what they want and deserve. I think that the 60% in your survey that have made it to a VP level or higher have paid their dues, have done the necessary projects, and have gathered the necessary experience.

What are the most important career building skills?

MJ: I believe that career success cannot happen without two things. First, networking--men are very good at networking and women need to be able to do this well for career advancement. It is important to build strategic alliances throughout the company, to align with people that can help you in your career. Second, women need to ask for what they want. Many women are limited because they feel that all the great work they have done will be recognized by management, so they don't ask for the promotion or for a special project. Unfortunately, it rarely works like that. Women need to ask for what they want and tout their own accomplishments.

What can we do to improve the numbers of women in medtech?

MJ: As we get more female leaders in medtech, and they develop networks, the number of women in the industry will grow. We must be role models for others. As I mentioned earlier, all people have a tendency to hire to their own standards and personalities. I do this also. I have hired and promoted many women, and most have similar personalities to my own.

What else is important for women in the medtech industry to know?

MJ: One of the questions in the survey was--would I encourage a daughter to go in this industry? My answer is absolutely yes. It is an extremely gratifying industry--we are able to truly impact so many people, not only patients, but their families. I am confident there is significant change happening in the industry, and much of it will be positive for women.

Maria Shepherd is the president and founder of Medi-Vantage, a consulting firm for the medical technology industry.