The wearable, known as the V-Go, aims to make insulin delivery for patients with Type 2 diabetes simpler and more efficient. 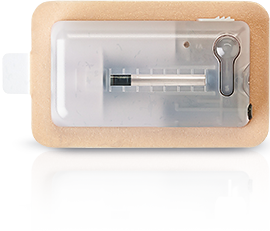 New data suggests this insulin patch, known as the V-Go, has cost benefits as well as ease-of-use perks for diabetes patients

People with Type 2 diabetes may have an innovative new treatment option that could not only make managing their disease easier, but also much cheaper. Valeritas reported the results of two new studies that examined the effectiveness of its flagship product, the V-Go wearable insulin delivery device.

"We've consistently shown throughout almost every study that this device has improved diabetes control for patients, and we're now seeing some real world cost effectiveness," said Scott Abbott, the company's director of medical development. "V-Go is a wearable and disposable insulin delivery device used by patients who require insulin, primarily patients with diabetes, and can be used to administer basal insulin over a 24-hour period."

The device was designed to deliver a continuous preset basal rate of insulin over a 24 hour period, while also providing on-demand dosing at mealtimes to help patients control blood sugar levels. The wearable doesn't require the setup of an infusion site, and instead is filled before placing on the body under the clothing. Once applied to the skin, the device inserts a small needle into the skin that can allow patients to move freely throughout the day without feeling the needle.

The element of discretion was something the company worked hard to achieve with the new device, Abbott said, as many patients have noted during trials the burden of using needles in public when administering treatment to manage the disease.

"I've had the opportunity to talk with a number of patients as part of our research, and one thing they love is discretion," Abbott said. "You can be very discreet when using this device, as V-Go is worn underneath the clothing, on top of the skin. Patients can then just reach under their clothing and press the little buttons. This allows them to be less concerned about injecting their insulin in public. Instead, they can do it quite discreetly without that burden or worry."

Abbott says that the device has been made readily available through pharmacy benefits and most insurance providers, as the company looks to provide a new technology that can be available to as many patients as possible. Abbott said Valeritas designed the device to address many of the concerns that diabetes patients deal with on a daily basis. The goal was to design a device that is just as easy to use, if not easier, than any traditional insulin delivery method that most patients are accustomed to.

"This device was designed for patients with diabetes, and a lot of our patients have found that when you apply it to your body and press a button, it isn't any harder to use than trying to inject yourself multiple times a day using different forms of insulin," Abbott said. "In a lot of ways, this device can be even simpler to use than traditional insulin therapies. When you have to inject yourself with different insulin multiple times a day, a device like this can help take that burden away."

As the company moves forward, Abbott said its mission remains the same: to help patients better manage diabetes with technologies that are more efficient, easier to use, and more cost-effective. Valeritas is also trying to further enhance the V-Go to expand its use and hopefully reach more patients.

"The company motto is 'improving health and simplifying life for people with diabetes,'" Abbott said. "That is our primary focus at this company. The V-Go device was developed to help people do that, and to help patients get control over their diabetes. We even have technologies in development to help further advance this technology, so we're making strides to further improve upon and expand the use of our technologies to make diabetes management easier for patients."