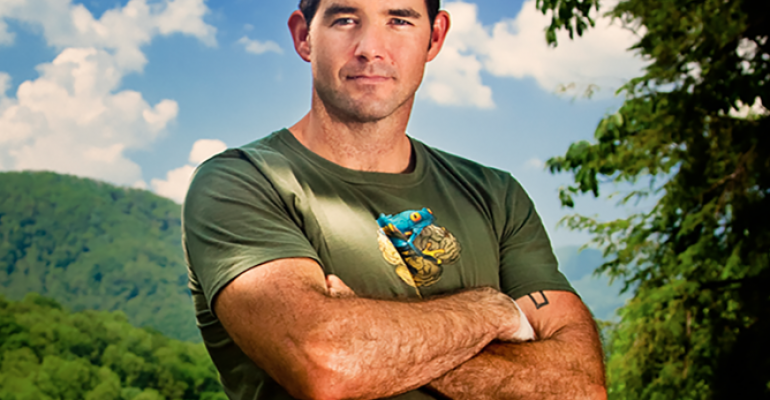 In eight years as a Navy SEAL student, combat paramedic, and SEAL qualification trainer in locations ranging from Guam and Southeast Asia to Afghanistan, David Rutherford witnessed a significant evolution in battlefield medicine.

Beginning in the late 1970s, he said, the focus was on the so-called "golden hour," a tactic that sought to evacuate injured service members from the battlefield to a military hospital out of harm's way as quickly as possible in order to increase their chances of survival. But as military engagements shifted to remote locations such as Iraq and Afghanistan and troop numbers have scaled down, the thinking has changed.

"Nowadays, we've got units that are going into the field and staying in the field, and we simply don't have the assets that can pick them up," Rutherford said.

To adapt, he said, the military has put an increased focus on treating injured service members on the battlefield--a strategy that has relied in large part on advances in medical technology.

"It used to be that if you suffered a major arterial injury, you were going to die," Rutherford explained.

That was due in part, he said, to the military adhering to civilian physicians' advice that tourniquets, constricting devices used to stem bleeding from injuries to the extremities, should be avoided. The thinking was that the nerve damage that can sometimes result from use of a tourniquet could be worse than the original injury--advice that might have been sound in the civilian world but didn't always hold up in combat.

"During the Somalia incident portrayed in [the movie] Black Hawk Down, where we were still practicing under civilian-based guidelines, we lost personnel we believe unnecessarily because of not using tourniquets," Rutherford said.

Following that episode, research by a military physician supported employing these life-saving devices on the battlefield. Advances in the design of tourniquets--including better materials, Velcro, and a ratcheting system that allows individuals to apply a tourniquet to themselves--followed.

"Before, they were bulky, they were a lot heavier, and they weren't really user-friendly," Rutherford said. "Now, they're a lot more lightweight and user-friendly for the operator, so we've started employing them on a regular basis."

Today, he said, every service member that goes into combat carries a minimum of two tourniquets, and that has helped drive fatalities down.

Another technology Rutherford said has helped save the lives of military men and women is blood clotting agents. If a service member suffers femoral arterial bleeding in the pelvis region or a penetrating trauma to the abdominal or thoracic region, a tourniquet won't help. But the advent of hemostatic agents, such as QuikClot, Celox, and HemCon, has given combat medics another tool to control catastrophic bleeding. Such products can help initiate clotting within minutes, making it less likely that injured service members will exsanguinate before they can be evacuated to a treatment facility.

"Now, if you've got someone with a major abdominal bleed and you can't tourniquet that, you can pull out five or six of these combat gauzes and clotting factors," Rutherford said.

The military began employing hemostatic agents in the early 2000s, and now Rutherford said he understands it is adopting yet another tool to help service members survive injuries that result in catastrophic blood loss: kits to perform in-field blood transfusions. Service members are cross-matched for blood type before going into battle, and these new kits enable them to transfer blood from the donor to the injured person with just a few basic supplies.

"Imagine being under fire for an extended period of time, and your buddy's bleeding out, and you get the call that nobody's coming. You're pinned down, and you don't have a refrigerator full of blood like the hospital would," Rutherford said. "You take the guy who's cross-matched already, and--boom--before you know it, you're transfusing blood to someone who's on the brink."

Rutherford, who was honorably discharged from the Navy in 2003 and now serves as a motivational speaker, said innovative battlefield medical solutions like this are only the beginning, too.

"Now they're looking at a fully mobilized field medical hospital or a mini crash system, how to deploy that in a low-profile way," he said, adding that systems might include things like an EKG, AED, surgical kit, portable ultrasound, and portable ventilator.

"We've got to prepare units for going into the field and staying in the field," Rutherford said.

Jamie Hartford is MD+DI's editor-in-chief and serves as director of content for medical brands in UBM's Advanced Manufacturing Group. Reach her at [email protected] or on Twitter @MedTechJamie.