How to Make the Best of Bundled Payments

As bundled payments start to spread from ortho to cardio, medical device companies must embrace these five best practices.

As bundled payments start to spread from ortho to cardio, medical device companies must embrace these five best practices. 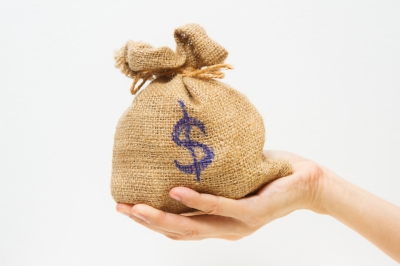 Value-based care is really, truly taking hold in healthcare--and not just because CMS is mandating bundled payments. Private payers are also getting in the game, and some forward-thinking providers are even taking the initiative to jump into bundled payments themselves--not because it's a requirement, but because they say it makes sense.

In a panel discussion at the Advamed 2016 conference last week in Minneapolis, Curt Kubiak, CEO of the Orthopedic & Sports Institute (OSI) of the Fox Valley said the Appleton, WI, surgery center worked with Anthem Blue Cross on a payment bundle for hip and knee replacements back in 2011. The effort, he added, was driven not by financial need but by a desire to increase patient satisfaction. Similarly, Ryan Graever, now president at consulting firm MedAxiom, said a Minnesota-based private orthopedic practice where he led outcomes research back in 2005 opted to try out bundled payments in order to help differentiate itself in a crowded market.

As bundled payments begin to increasingly creep into both orthopedics and now the cardiovascular space and beyond, device makers need to understand the changing needs of their customers and how they can meet them.

Use Pricing as the Starting Point

Some experts have predicted that pricing pressure will be a consequence of the shift to bundled payments, but in the orthopedics space, where CMS instituted its Comprehensive Care for Joint Replacement model earlier this year, that so far hasn't appeared to be the case.

Still, when OSI switched to bundled payments, it used implant pricing as the jumping off point, Kubiak said.

"We knew what the implant cost needed to be so, we went back to the vendors of those parts and just gave them that bogey. . . and then we gave them the opportunity to opt in or opt out at that point," he said.

Beyond simply offering products at a reasonable price that works for the bundle, device makers have to demonstrate that their products add value.

"It's one thing to say my device lasts a little longer than someone else's, and we're talking a difference of 10 or 11 years. Well, that doesn't fit into a 90-day bundle," said Mark Domyahn, president of health economics and reimbursement strategy advisory firm Pursuance Consulting.

David Hodges, chief medical officer of cardiovascular programs at managed care company Magellan Health, said it will take device makers time to build that kind of value into their offerings, and the effort must begin at the R&D level.

Among the questions device makers need to answer about their solution are ". . . does the patient actually leave the hospital sooner? What about remote monitoring? What are the other costs associated with that? Are there more complications? Less complications? . . . how does it fit into our existing product plan and strategy? How does it fit into the ACO development?" Hodges said.

"We are not good at the outcomes piece of this," he said. "We look to others to help make that happen, and my sense is that you are much better at that."

But simply saying your product can improve outcomes isn't enough; you'll have to prove it.

Hodges offered up a cautionary tale:

"We were constantly told by manufacturers that . . . positron emission tomography (PET) . . . is worth the extra price because it will reduce caths, and [percutaneous coronary interventions], and [coronary artery bypass grafts]. Manufacturers professed to us that increasing the number of PETs would reduce total healthcare costs . . ." he said.

But following an 18-month moratorium on PET scans about four years ago, Magellan checked the numbers: "Not only was it flat, it actually went down," Hodges said.

As Kubiak mentioned, some providers are embracing bundled payments as a way to improve patient satisfaction, but others argue that such arrangements could potentially be detrimental to patients.

Richard Price, AdvaMed's senior vice president of payment and healthcare delivery policy and an audience member at the panel, brought up that bundled payment models could encourage providers to choose lower functionality devices to save costs and boost margins.

With that in mind, it's more important than ever for device companies to educate patients about their products.

Understand that One Size Doesn't Fit All

No two provider organizations are alike, so device makers are likely to find that bundled payment structures vary among their customers, Talley explained.

And as Graever noted, providers are also moving to the bundled payment model at different stages, with some adopting early and others waiting until the last minute.

"To think that you can create a one-size-fits-all bundle strategy and go out and sell that to every orthopedic surgeon or every cardiologist, it's just not reality."

Jamie Hartford is MD+DI's editor-in-chief and serves as director of content for medtech brands in UBM's Advanced Manufacturing Group. Reach her at [email protected]