How Innovation Got One Man Killed: A Cautionary Tale 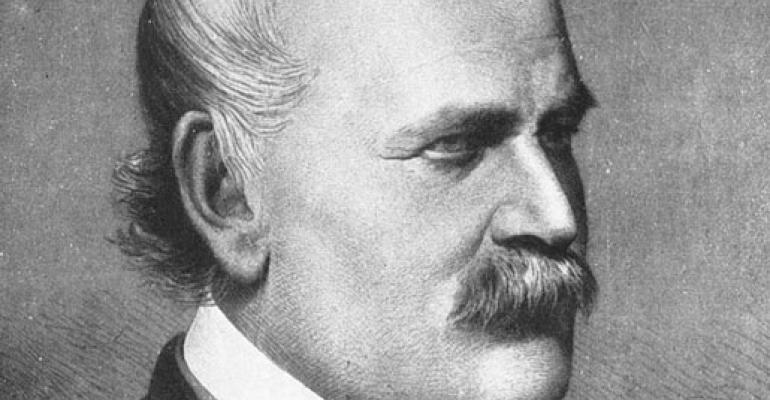 Coming up with a breakthrough innovation isn't enough; you have to prove its worth, as one 19th century doctor tragically learned.

Coming up with a breakthrough innovation isn't enough; you have to prove its worth, as one 19th century doctor tragically learned.

At the Vienna hospital where Semmelweis practiced, the maternal death rate was about five out of every 1000 live births, although Semmelweis noticed that the rate quadrupled when physicians, rather than midwives, delivered the babies. The problem, Semmelweis realized, was infection, and something the physicians were doing seemed to be causing it.

Semmelweis investigated this alarming phenomenon and discovered that the same physicians who were delivering babies were also performing the autopsies on the mothers who died, then going back to deliver more babies without ever washing their hands. To solve the problem, he recommended that physicians wash their hands in a bath of chlorinated lime water after each procedure.

While today that may sound like a logical conclusion, it was very controversial back in Semmelweis’s day. In fact, he was fired from the hospital and ultimately ended up in an insane asylum, where he was beaten, acquired an infection, and died.

Sue MacInnes, chief market solutions officer at Medline Industries, which supplies medical, surgical, and pharmaceutical products to hospitals, shared Semmelweis’s story in a keynote address September 2 at the MEDevice San Diego conference to prove the point that “innovation is not always welcomed.”

“Coming up with a miracle is hard to prove, and it’s hard to get people to follow you,” MacInnes said.

While hospitals today may be more open-minded than they were in the 1800s, it can still be hard to convince them to adopt new solutions. That poses a problem for medtech innovators, but MacInnes offered some advice for convincing providers to adopt novel products.

Show evidence that your design works. “That takes more time than just creating the product,” MacInnes said, but with purchasing departments today scrutinizing new products more than ever before, it’s essential if you want to get your device on the shelf.

Show that your device supports best practice. It’s no secret that healthcare workers are often overworked. Take, for example, nurses, who are responsible for caring for multiple patients, maintaining charts, and wrangling family members. MacInnes recommended device makers ask themselves, “How can your device prevent them from making a mistake?”

Show that your device reduces cost and improves outcome. In today’s cost-conscious, outcomes-based healthcare landscape, this goes without saying. But even If you’ve prepared a rock-solid case to prove your medical device’s ROI, that still might not be enough to convince the supply chain folks, who MacInnes said are often short-sightedly focused solely on a device’s initial cost. “You’ve got to go to the C-suite,” MacInnes said, adding that in particular you should target the person in charge of quality.